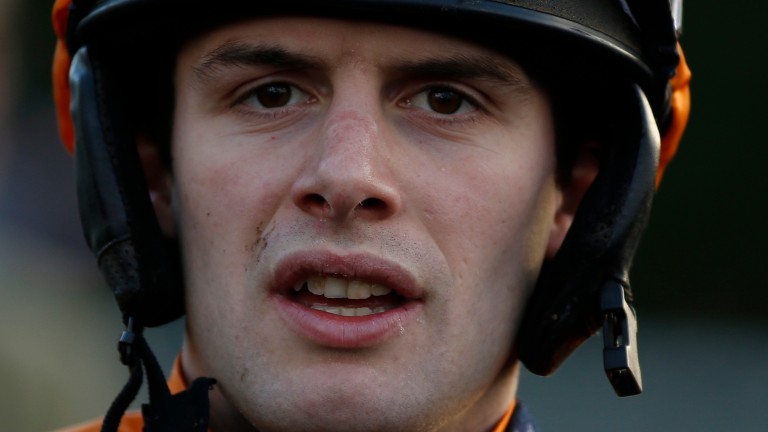 Connections of Call Me Sid knew they had a talented horse on their hands, but even they were in for a shock as the six-year-old sprang a 100-1 surprise at Ludlow on Thursday.

The Jennifer Mason-trained winner, well beaten in a bumper and a novice hurdle on his first two starts, was the beneficiary of an enterprising ride by David Bass as he held the Richard Johnson-ridden 5-2 shot Lygon Rock by half a length in the 2m5f maiden hurdle.

The 35-year-old trainer, who has only three horses in training among her point-to-pointers at her Cirencester stable, said: "We're a little surprised as we thought he was a work in progress.

"He ran in a point at Barbury this time last year and should have won, so we knew the ability was there. He then ran at Newbury in a bumper, the form of which has worked out well, and finished sixth but had sore shins.

"He has struggled to combine galloping with hurdling, so David has been in for some extensive schooling. He's a big horse – his brain is a long way from his feet."

Call Me Sid, the last horse bred by owners Nico and Sue Mills after 40 years of breeding, returned at £176.40 on the Tote, but the Millses fared even better after placing a £3 bet at 300-1 on Betfair.

Bass picked up a two-day ban (February 1-2) for using his whip above the permitted level. 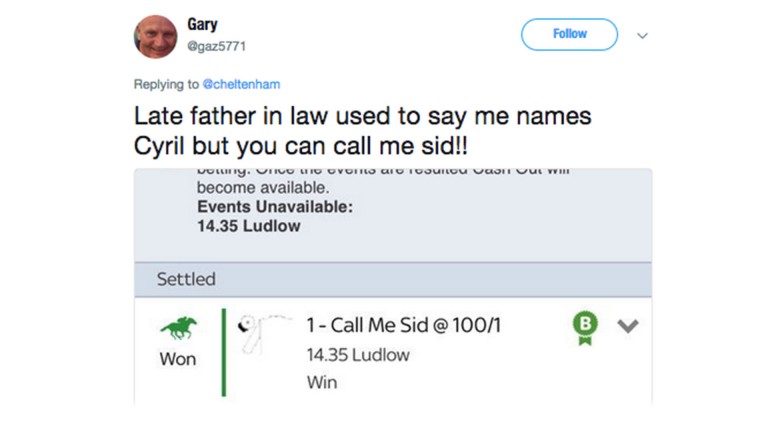 The name of the winner worked out for one punter, who cashed in at the 100-1 odds

FIRST PUBLISHED 3:48PM, JAN 18 2018
He has struggled to combine galloping with hurdling. He's a big horse – his brain is a long way from his feet