Newcastle to stage climax of European road to Kentucky Derby 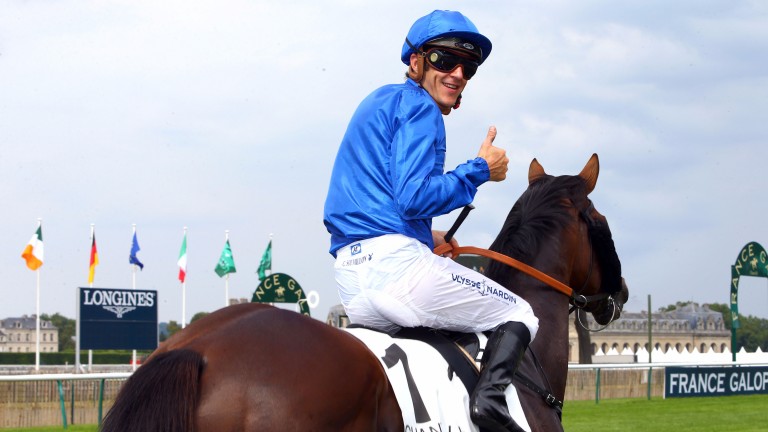 Newcastle's Tapeta has already been graced by a subsequent Oaks winner in its 16-month existence and next year hopefuls for the Kentucky Derby could be facing off on Good Friday after Churchill Downs announced a European road to the US Classic on Thursday.

The Burradon Stakes, inaugurated in April, will be the final and most important leg in a new seven-race series aimed at allowing European-trained three-year-olds access to America's most famous race.

The format of the European road to the Derby will use a points-based system similar to that currently used in the US and will incorporate races from Britain, Ireland and France.

A selection of major autumn juvenile events and races for three-year-olds will be used, with greater weight (20 points to the winner, rather than ten) given to those races contested by three-year-olds, and the Burradon Stakes (30 points) carrying the most points of all.

At the end of the series, there will be a place in the Kentucky Derby field on May 5 open to the horse with the most points accrued across the seven races. The second, third and fourth in turn would then be offered the place should those above forego it.

The series is particularly good news for Arena Racing Company, who as well as staging the Burradon at Newcastle will also be responsible for one of the two-year-old races, the Group 1 Racing Post Trophy at Doncaster on October 28.

Arc's racing director Jon Pullin said: "We are really pleased to work with the team at Churchill Downs and be part of this exciting new initiative.

"Our two races which are involved are very different with the Group 1 Racing Post Trophy at Doncaster being one of the most historic contests in the racing calendar, while the £100,000 Burradon Stakes is a new race for three-year-olds and was run for the first time this year at Newcastle on Good Friday.

"It would be great to see horses who run in either, or both of the races, go on to take their chance in the Kentucky Derby."

This is not the first scheme to encourage European participation at Churchill Downs. In 2009, Kempton staged the Kentucky Derby Challenge Stakes, which offered a guaranteed spot in the Kentucky Derby to the winner. The John Gosden-trained Mafaaz took the honours but did not run in the Derby and the Kempton race was not run again.

Thunder Snow was the sole European runner in this year's Kentucky Derby, but bucked as he left the stalls and was soon pulled up. Prior to that, the most recent European-based runner had been Helene Super Star for Aidan O'Brien in 2013.

THE EUROPEAN ROAD TO THE KENTUCKY DERBY

FIRST PUBLISHED 4:59PM, AUG 31 2017
We are really pleased to work with the team at Churchill Downs and be part of this exciting new initiative