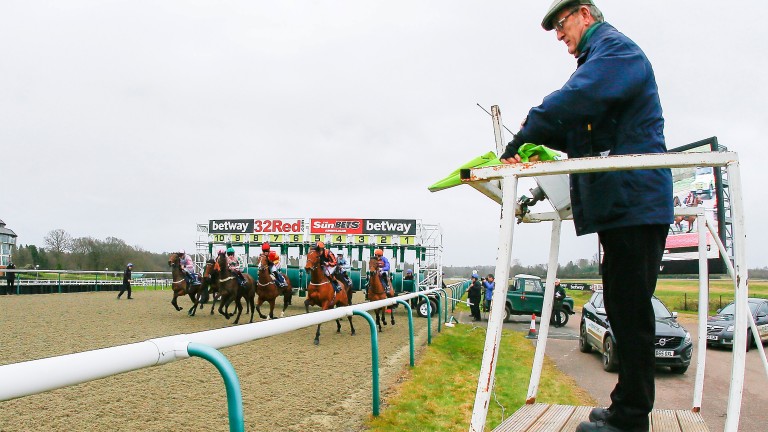 Clock watchers and number crunchers – as well as the rest of us – will get more precise figures to work with on Monday as new race distances come into effect following the remeasurement of racecourses.

The remeasurement was conducted on the inner line of each course – previously it had been taken down the middle of every track – in a joint project between the BHA and RCA.

Of the 262 measurements taken, the BHA reported 88 per cent were found to have differences of no more than 20 yards. An immediate example of the changes takes place in the 4.00 at Ayr on Monday, when the new advertised distance of 1m5f and 26 yards is 13 yards more than previously recorded.

Horses in the Goodwood Stakes later in the summer will officially cover 86 yards less this year after the 2m5f race was remeasured, while the start of the 2m2f Cesarewitch at Newmarket has moved forward four yards.

There will be two distances recorded for jumps races, with the traditional rounding to the nearest half-furlong featuring alongside the exact measurement taken two yards off the inner rail.

The Racing Post has changed historical results to display the latest distances and, where the starts have been moved to maintain the old distance, it will be denoted with OMS (Old Measurement System).

New standard times and course records will be created for the new starts when there is sufficient data to do so.

Full details of changes can be downloaded from the BHA website

FIRST PUBLISHED 3:08PM, MAY 7 2017
The Racing Post has changed historical results to display the latest distances