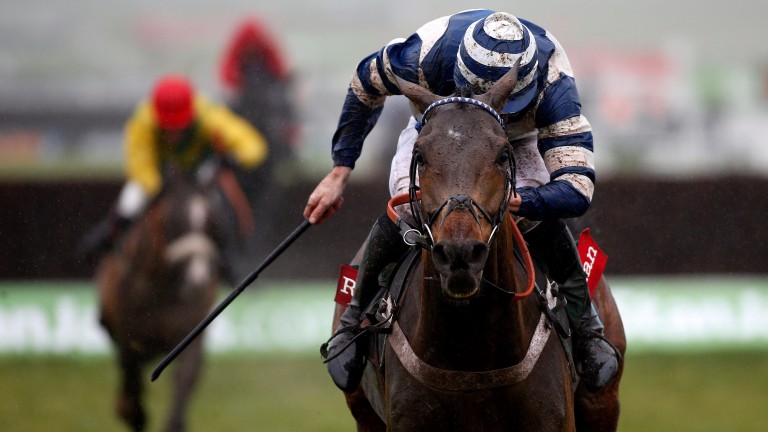 There is one notable omission among the four trainers' titles, 58 Cheltenham Festival triumphs and countless other big-race wins on Nicky Henderson's CV: success in the Grand National.

Zongalero and The Tsarevich came closest to providing Henderson with victory in the world's most famous jumps race when finishing second in 1979 and 1987 and Vyta Du Roc, runner-up in the bet365 Gold Cup, has been identified as one contender for the Randox Health-backed prize.

"We've got to try to find a National horse and it's becoming a bit of a bugbear," said Henderson. "Vyta Du Roc is perhaps the most likely and it was a hell of a run when he finished second at Sandown, so he could be one, but there are others.

"I think Beware The Bear will be a National horse at some stage, but this could be a year too early, and I suppose you could think about Whisper, who had a great time last season and will go for the Ladbrokes Trophy at Newbury first. O O Seven, who ran a great race when fourth over the National fences in the Topham, is another. For a novice, he jumped like a stag and flew home, while Gold Present may also come into that.

"He ran a very good race when second in the novice handicap chase at the festival and, although I'm not sure he wants four miles, he was going the right way all year."

The National is unlikely ever to be on the agenda of old favourite Top Notch, but Henderson was delighted with his "amazing" campaign, which included victory in the Grade 1 Scilly Isles Novices' Chase. A defence of his Betfred Peterborough Chase crown could be the starting point for Josses Hill, whose owner Alan Spence saw Kilcrea Vale develop into a useful sort over fences last term, winning twice and finishing fifth in Cheltenham's JLT Novices' Chase.

In Arkle hero Altior and RSA winner Might Bite, Nicky Henderson boasted two of the best novice chasers last season and, while it might be asking too much for a repeat of their fantastic achievements, the trainer has a typically strong squad to fire over fences this term.

Among the chief hopes are Brain Power, who won classy handicaps at Sandown and Ascot before finishing eighth in the Champion Hurdle, and River Wylde, the Dovecote Novices' Hurdle winner and a fine third in the Supreme Novices' Hurdle. They are around 20-1 for the Racing Post Arkle.

"We schooled Brain Power over fences this time last year and nearly went chasing, but I just thought he didn't know enough," the trainer said. "He's quite a timid horse and running in those big handicaps over hurdles did him good.

"I think River Wylde could also be very good, but there's a pretty long list of horses we hope could be as well." 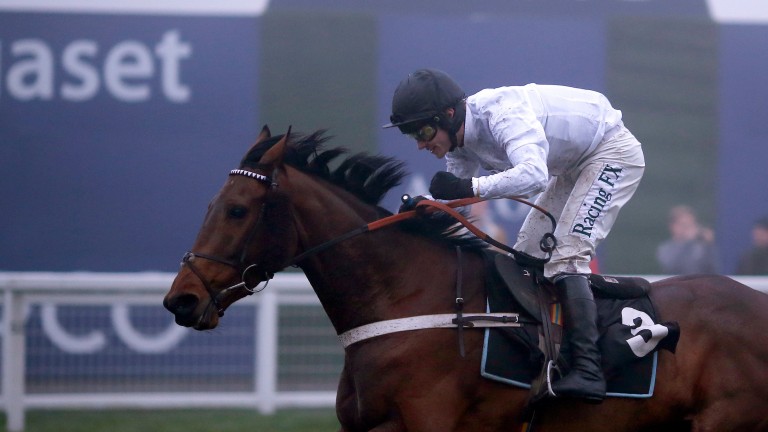 Brain Power: decision to stay hurdling last year did him good, according to Nicky Henderson
Alan Crowhurst
River Wylde's owners Mike Grech and Stuart Parkin also have Stowaway Magic to look forward to along with Lough Derg Farmer and Constantine Bay, whom Henderson thinks would have bettered his fourth in the Albert Bartlett Novices' Hurdle with more luck.

That pair are expected to take high rank in the staying novice division, while Henderson is hopeful the mud-loving Lessons In Milan is "a horse for the National Hunt Chase".

French Listed winner Fixe Le Kap, who was also second in the Imperial Cup, and Protek Des Flos are five-year-olds with futures over fences, and also heading that way are the well-regarded William Henry, who won two of his four appearances last term, and Rather Be, a Grade 3 winner over hurdles at Aintree's Grand National meeting who "could also be quite good".

Burbank, fourth in a hot Neptune Investment Management Novices' Hurdle at Cheltenham, is another connections have high hopes for, while Beat That, who has some first-class novice hurdle form from a few seasons ago, is "getting there".

He runs in the Brain Power colours of Michael Buckley, whose two-time hurdles winner Reigning Supreme also looks set to be a force in his new discipline.

Baden, Cultivator and Divine Spear are others in the mix, along with lightly raced Sullivan Bloodstock Limited-owned pair Charming Zen, who was impressive over hurdles at Doncaster in February, and Cosmos Des Obeaux – "a nice, big horse".

"That's quite a good team to start with among others and I'm hopeful they could be up to scratch," Henderson added.

Perhaps the most significant non-equine arrival at Seven Barrows in advance of the main period of the jumps season is that of James Bowen, the latest riding sensation off his family's production line.

The son of trainer Peter and younger brother of Sean, who won the conditionals' crown in 2015, the 16-year-old Bowen has been touted as a future champion jockey and is believed to have been the subject of interest from some of the sport's biggest operators.

Nicky Henderson has won the race for his signature and he will link up with the yard in the next few weeks. 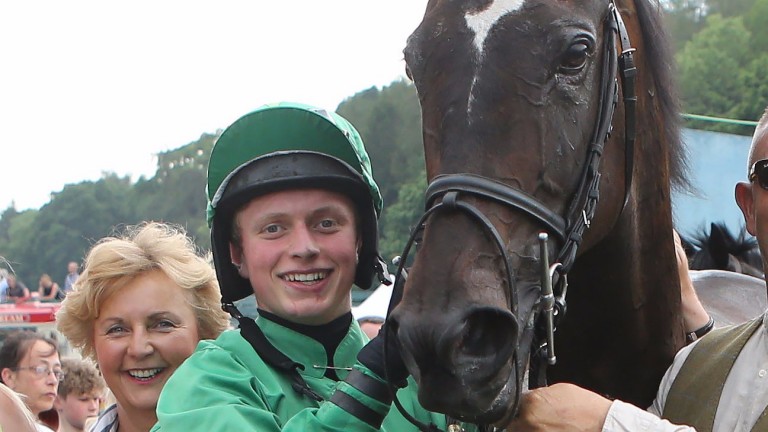 Henderson said: "Nico [de Boinville] and Jerry [McGrath] both did very well last year and quite a few owners now have retained riders like Barry [Geraghty] for JP [McManus], Daryl [Jacob] for Simon [Munir] and Isaac [Souede], Davy Russell riding for Dai [Walters] and Noel [Fehily] will ride Jared's [Sullivan], but it's nice to know I've also got a very talented young squad with Ned Curtis, Alan Doyle and Hugo Hunt, who is turning from amateur to conditional.

"They're making really good progress and the team has been strengthened with James. What he's achieved in a short space of time is staggering and he's a talented young lad. Hopefully we can help him on the way as well."

FIRST PUBLISHED 6:00PM, SEP 24 2017
Vyta Du Roc is perhaps the most likely and it was a hell of a run when he finished second at Sandown