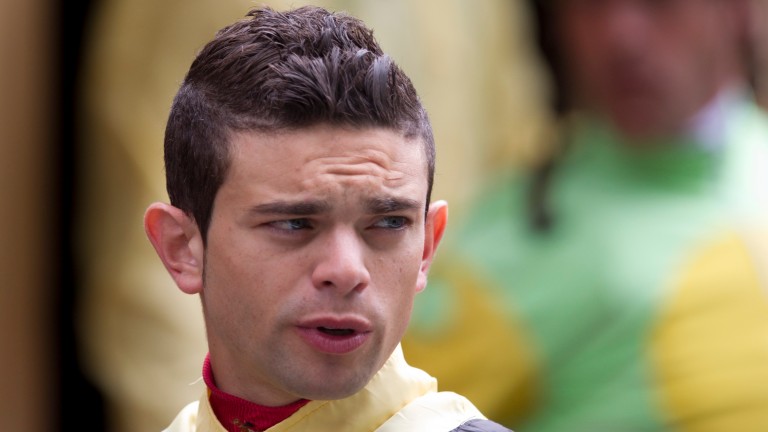 US-based jockey Umberto Rispoli has spoken of his devastation and frustration about missing a ride in Saturday’s $20 million Saudi Cup after being told to disembark from his flight to Riyadh due to Covid-19 restrictions.

In a video posted on Twitter, Rispoli explained how after his first flight was cancelled and when he was strapped in ready to depart the following day, he was told to leave the plane by stewards as his PCR test would have expired on arrival – meaning he would not be able to ride. Passengers flying to Saudi Arabia must provide a laboratory-approved negative test result taken less than 72 hours before arrival.

If Rispoli had been able to take his first flight, he would be able to ride on Saturday when he was due to ride outsider Max Player in the Saudi Cup and the well-fancied Cowan in the $1.5million Saudi Derby.

“It was out of my hands, I’m so devastated and frustrated,” the jockey said. “I want to give all my apologies to Steve Asmussen [trainer] and his connections of Cowan and Max Player.

“This is the biggest race in the world and there should be a better organisation behind this, then there wouldn’t be any issue. Today I paid the consequence.”

The Italian-born jockey added: “Yesterday there was an issue about the ticket, it was cancelled when I was at the airport for three hours. Then today I was ready to fly, my luggage was already on the plane, I was in the seat and my seatbelt was fastened but before we take off the stewards came and took me off the plane.

“They said in Riyadh – at exactly that moment – there was a change in the rules for the Covid test. Before it was 72 hours prior to the flight and this time, Riyadh requested a Covid test within 72 hours of landing in Riyadh.”

He added: “I’ll have to move on, I’ll watch the races on the TV and I wish all the contenders of the Saudi Cup the best of luck."

A statement from the Jockey Club of Saudi Arabia read: "Covid restrictions and testing protocols, coupled with the complications of cancelled flights due to scheduling changes and severe weather conditions, have caused major disruption to the travel plans of some key individuals traveling to the Saudi Cup.

"Mike Smith will replace John Velazquez in the International Jockeys' Challenge. Velazquez could not attend the Saudi Cup due to a travel issue.

"Umberto Rispoli will not be able to attend the Saudi Cup meeting also due to a travel issue regarding an expired PCR test. Rispoli will be replaced on his three rides tomorrow. We understand and share John and Umberto’s disappointment at not being able to ride at the meeting."

FIRST PUBLISHED 3:47PM, FEB 19 2021
My luggage was on the plane, I was in the seat and my seatbelt was fastened but before we took off the stewards came and took me off the plane