Mullins vet charged with passing inside information about 2016 Faugheen injury

'Allegations are based on extraordinarily tenuous evidence,' says accused 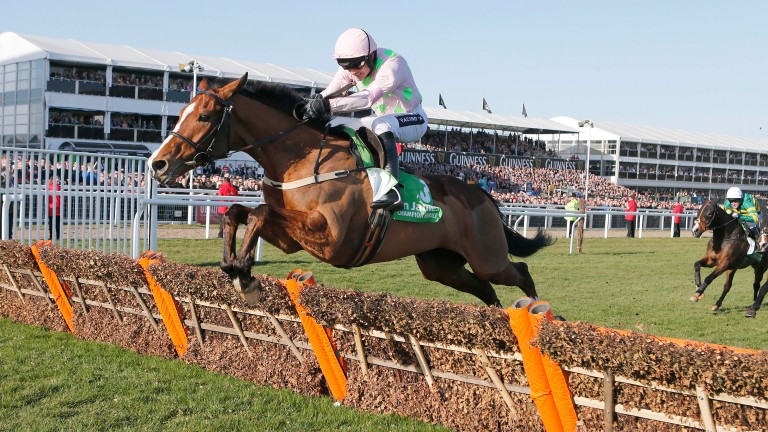 A vet who has worked for more than a decade with Willie Mullins has been charged by the BHA with passing on inside information following a lengthy investigation into suspicious lay bets on Faugheen shortly before the red-hot favourite was withdrawn from the 2016 Cheltenham Festival.

Tim Brennan, who denies the charges and called them a "convenient story" on Monday, is accused of informing his brother about an injury Faugheen had suffered prior to the information becoming public knowledge. He is alleged to have obtained this information in his capacity as vet to Faugheen.

The brother, Michael Brennan, is accused of then placing lay bets against the horse in the market for his intended race, the Champion Hurdle, building liabilities of several thousand euros.

Michael Brennan has refused to cooperate with the BHA's investigation and was excluded from the sport in October 2016, meaning he is barred from entering racecourses or racing stables and licensed individuals forbidden to associate with him.

Mullins is not involved in the case and there is no suggestion that he or any other staff members at his Closutton yard were aware of Tim Brennan's alleged actions.

The vet has been charged with breaching rules A41.1 and/or A41.2, which relate to commissioning or conspiring in corrupt or fraudulent practices.

Faugheen, who bounced back to form in spectacular fashion by winning the Champion Stayers Hurdle at Punchestown in April, was the hot favourite for the 2016 Champion Hurdle until February 17, when Mullins revealed he had suffered a ligament injury and would miss the rest of the season.

Prior to that announcement Faugheen's price drifted on betting exchanges from 1-2 to odds against. Seven months later, in September 2016, it was revealed the BHA was investigating suspicious betting activity surrounding the withdrawal.

Brant Dunshea, chief regulatory officer for the BHA, said: "We cannot comment further on the specifics of the charges against Timothy Brennan as this matter is still to be heard by the independent disciplinary panel.

"However, we can confirm that Michael Brennan, who was a person of interest in this investigation, has been excluded from the sport as a result of his failure to cooperate with the investigation.

"This failure to comply has resulted in the investigation process taking longer than it otherwise would have done. However, it has ultimately not prevented us from bringing charges and has also seen the individual ejected from the sport in Britain."

Brennan: it's a convenient story

In a statement, Tim Brennan said: "I am quite disappointed that the British Horseracing Authority has sought fit to issue a statement in advance of its disciplinary hearing of the independent disciplinary panel when it knows that the allegations are based on extraordinarily tenuous evidence.

"The BHA is aware that I have denied all wrongdoing and will vigorously contest these unfounded allegations. In such circumstances, I would have thought that the principles of natural justice would dictate that no publication occur prior to the final determination by the disciplinary panel.

"I reiterate that I have and will continue to deny these allegations vigorously and will clear my name before the disciplinary panel when it meets in July 2018. Everyone who knows me is aware that I don't gamble or give information to those who do. Even the BHA know that these allegations are false but it is a convenient story for them.

"I have nothing further to add."

Although the BHA has probed similar incidents in the past, this is the first time charges have been brought against someone for allegedly passing inside information about a horse's injury prior to it becoming public knowledge.

The hearing, which is scheduled for July 16 and 17, will be the culmination of one of the BHA's longest-ever investigations. It is understood a number of factors contributed to a 27-month gap between the incident and charges being revealed, including Michael Brennan's refusal to cooperate, complexities surrounding jurisdiction (since the case involves the British racing regulator investigating Irish citizens) and a backlog of regulatory issues at the BHA following the troubled Jim Best case and the Quinlan review into the sport's disciplinary processes.

Tim Brennan was previously in the headlines after pleading guilty to possession of unauthorised medications in an Irish court last year following the discovery of a number of unlicensed substances in his van at Mullins' stables in February 2015.

Brennan was given the benefit of the Probation Act, which meant no conviction was recorded against him, after the judge ruled the offences were "purely regulatory" and a consequence of "inadvertence".

February 16-17, 2016 Michael Brennan is accused of placing a series of lay bets on Faugheen in the Champion Hurdle market, contributing to a drift in his price from odds-on to odds-against

May 21, 2018 More than 27 months after the offence is alleged to have taken place, the BHA reveals it has filed charges against Tim Brennan, Mullins' long-term veterinary surgeon, for commissioning or conspiring in corrupt or fraudulent practices

FIRST PUBLISHED 12:17PM, MAY 21 2018
Tim Brennan is accused of informing his brother about an injury Faugheen had suffered prior to the information becoming public knowledge