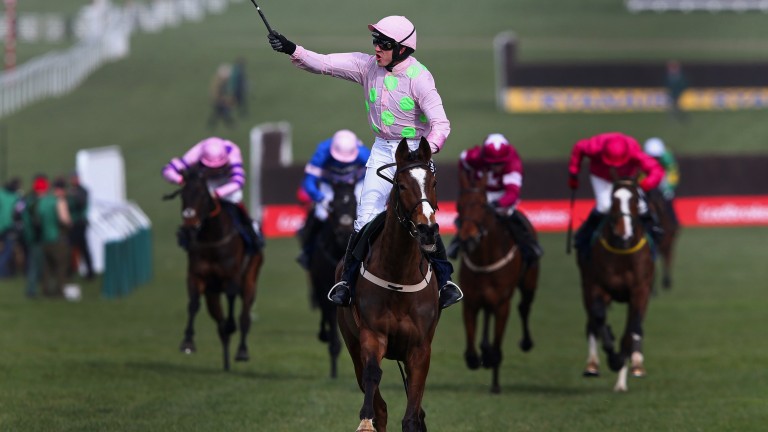 Willie Mullins and his staff were left devastated yesterday by the death of Vautour, the three-time Cheltenham Festival winner and one of the most exciting chasers in training.

An accident claimed the life of the Rich Ricci-owned seven-year-old, who was second favourite for the Timico Cheltenham Gold Cup behind Thistlecrack.

Mullins said: "It's absolutely terrible. Vautour was out in a paddock with another of our horses, Shaneshill – the two of them go out to the same paddock most days.

"We don't know what exactly happened – it must have been a freak accident - but when one of the girls went out to feed the horses Vautour was found with a broken front leg and our vet had no option but to put him down.

Vautour had built up a big fan club, with jockey Ruby Walsh among those in awe of his talents, saying last season: "I love him. He has so much natural ability and is so straightforward. He's a horse we've always thought a hell of a lot of."

Vautour won ten of his 16 races, for almost £600,000 in prize-money, and was a three-time Grade 1 winner over hurdles, while had scored twice at the top level as a chaser with his best days ahead of him.

That victory was not without its controversy as Vautour had been expected to contest the Gold Cup, only for connections to change tack at the last minute, believing he was not working well enough to justify competing for the biggest prize of all.

Vautour actually achieved his highest Racing Post Rating, of 180, in defeat, when beaten a head by Cue Card in last year’s King George VI Chase at Kempton, a race he was in line to contest next month, with Ricci saying he had “unfinished business”.

The markets for the 32Red King George and Cheltenham Gold Cup were inevitably affected by the Vautour news, with favourite Thistlecrack hardening to a general 4-1 (from 9-2) for the festival showpiece, while Cue Card and Ricci’s Douvan are now vying for Kempton favouritism at around 5-1 (from 6).

The six-year-old had to be put down after suffering an injury to his off-fore tendon when landing awkwardly over the first fence in the Grade 3 Poplar Square Chase.

FIRST PUBLISHED 5:30PM, NOV 6 2016
We don't know what exactly happened - it must have been a freak accident - but when one of the girls went out to feed the horses Vautour was found with a broken front leg and our vet had no option but to put him down