'I can't keep the smile off my face': Owen hits crossbar on riding debut 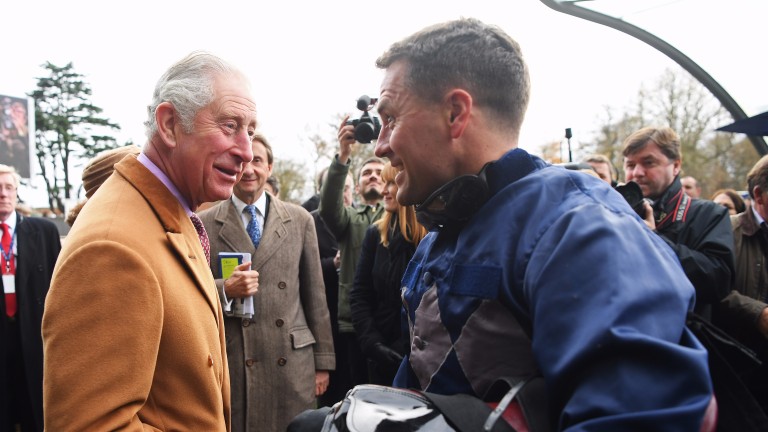 Michael Owen talks to Prince Charles at Ascot after finishing second on his riding debut
Mike Hewitt
1 of 1
By Bruce Jackson UPDATED 7:55AM, NOV 25 2017

It was not of Wembley proportions, but a sizeable crowd turned up early at Ascot on Friday for the debut of a promising young amateur rider named Michael Owen, who had once been similarly heralded on the football field.

The ex-England striker was competing in the Prince’s Countryside Fund charity race over seven furlongs, just five months after starting his training in jodhpurs and riding boots at his Manor House Stables under the gaze of trainer and former jump jockey Tom Dascombe.

Under intense media and professional scrutiny Owen nearly produced a man-of-the-match performance as he finished second on Calder Prince after losing a short, sharp tussle with Tom Chatfield-Roberts on Golden Wedding.

Cheered on by his four children, Owen, 37, said: “That was such good fun. I had the time of my life.

Whether this was a one-off scratch of the itch to ride a winner remains to be seen, but Dascombe for one believes the near-miss will inspire the top sportsman to try again.

Owen, however, said: “I'm not sure if I'll do it again. It was great to raise the money for my four charities and I enjoyed it, but I think it is one of those things that either you do hundreds of times or finish after the one.” 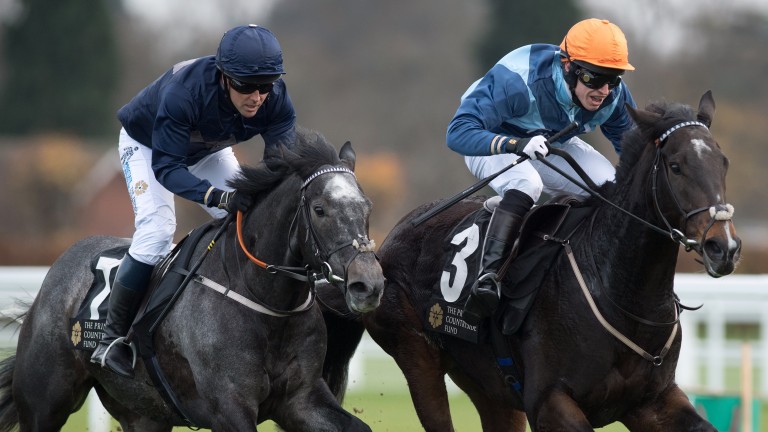 All ten competitors, who included Sheikh Fahad, were raising money for the Prince’s Countryside Fund, and Prince Charles himself was on hand to speak to the riders and present the prizes.

After being ponied to the start on Calder Prince, the only part of the game plan Owen failed to execute was the planned fast start.

He was quickly on the attack though and reported: “The horse was great and I was really surprised how quick we went early – it felt a right rate of knots and I got a lovely slip up the inside on the bend.

"I must admit I did think I might win when we were in front into the straight as my horse stays a mile, so I thought he would stay on – but he was not used to carrying so much weight!

“We had a head-to-head for a furlong but then he drew away and I had no powers to do anything about it. I have strong legs, but didn't have the strength at the end."

Owen said he was overwhelmed by the messages of support he had received through the last 48 hours, including from Frankie Dettori, Ruby Walsh and Barry Geraghty, as well as his footballing friends.

"It felt like I was going to play in another World Cup quarter-final against Brazil my phone was so hot with good luck messages," he said. 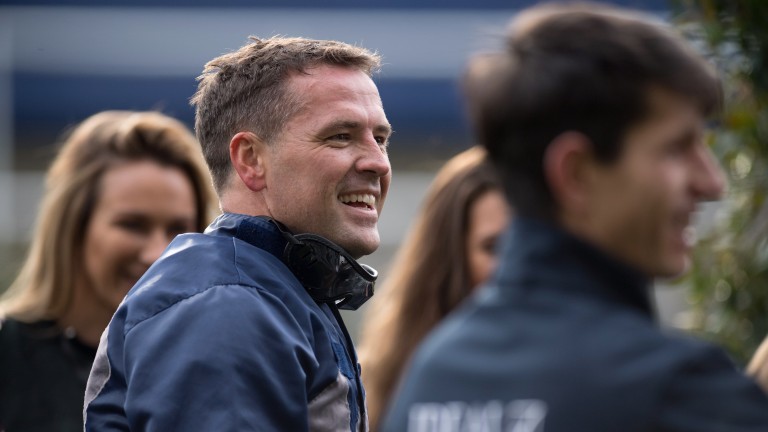 Owen might have failed to enter the racing record books but was a winner for racing, as the media flocked to cover his debut and his 3.8m Twitter followers were kept informed about his performance.

Twitter, mind you, would not have made for overwhelmingly happy reading for Owen while tucking into grub at service stations on the way back to Cheshire, as he did take flack for not being as vigorous in the saddle as the winning rider.

But as any novice charity race-rider will tell you, it's the taking part that matters.

FIRST PUBLISHED 12:27PM, NOV 24 2017
It felt like I was going to play in another World Cup quarter-final against Brazil my phone was so hot with good luck messages