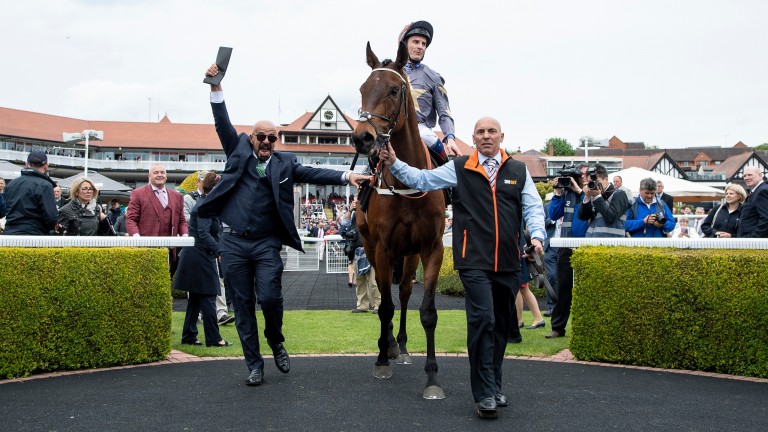 If last Saturday's display by the likes of Benbatl and Yucatan had the Australians worried then this Saturday's near domination of the Stella Artois Caulfield Cup, Australia's most prestigious stepping stone to the big show, has seen them all but resign themselves to another European-dominated Lexus Melbourne Cup.

A one-three-four, in the shape of Best Solution, Cliffs Of Moher (or The Cliffsofmoher as he is known down under) and Duretto, has resulted in just two Australian-trained horses priced shorter than 33-1 for the race that stops a nation, compared to 11 Europeans.

Congratulations #TeamGodolphin and Saeed. What a run by a super horse pic.twitter.com/yb6bkrVoN8

And what is all the more worrying is several of the biggest guns are yet to be unleashed. Withhold could run in the bet365 Geelong Cup on Wednesday, while the likes of Irish Derby one-two Latrobe and Rostropovich, Ebor hero Muntahaa and Chester Cup and Henry II Stakes winner Magic Circle wait in the wings at Werribee.

Magic Circle has been here a week now and Fabrice Smeulders, travelling head lad to trainer Ian Williams, said: "He's very good, he's in top top form. He got a bit bored by the time we were taking off from Singapore as he was fed up on the long flight but he's enjoying quarantine and he's fine. We'll probably work him Wednesday."

Muntahaa arrived on the same plane and Thady Gosden, son of champion trainer John, said: "He's good, he's settled in well and is enjoying himself here. He's been here a week and everything's gone to plan so far. It's such a long flight it always takes a bit out of them but he actually travelled particularly well. It was only a couple of days and he was back to himself.

"He goes straight to the Cup and he was a fit horse coming down here, but we'll probably do a piece or two before the race. It's three and a bit weeks from when they land to the race so you can't just tick them over." 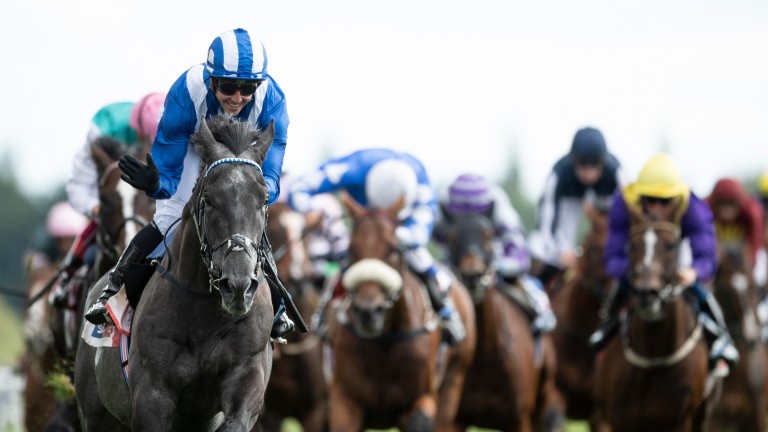 If Hugo Palmer was awake at 5.50am on Saturday and watching the action from Caulfield, and admittedly that is a big 'if', he'd have had a wry smile as two horses formerly in his care – Mask Of Time and Best Of Days – dead-heated for the Group 3 Ladbrokes Coongy Cup.

It was a hell of a finish, with James McDonald and Best Of Days overhauling Mask Of Time, only for Kerrin McEvoy to get his mount to rally. Best Of Days looked like he had it, but his head was coming up as Mask Of Time's was going down and after a long photo-finish a dead-heat was called.

But that was not the end of it. The Mask Of Time camp submitted a protest and a stewards' inquiry was held. From looking like he had won it going past the post, Best Of Days looked like he might lose it in the stewards' room, but the protest was dismissed and the dead-heat allowed to stand.

Cranbourne played host to an eventful fourth race on Sunday, after which the meeting was abandoned.

First an incorrect horse was scratched on veterinary advice before the start and then in the race itself a nasty fall led to both jockeys Brad Rawiller and Brian Higgins being hospitalised.

The Victorian Jockeys Association confirmed that the riders were conscious, while racing.com reported Higgins complaining of rib, lung and abdomen pain to on-course paramedics with Rawiller suffering concussion and chest pains.

Racing Victoria steward James Hitchcock told racing.com: "Most importantly both jockeys are conscious and they will be okay in the long run."

The pre-race scratching occurred following the mix-up of two stablemates, The Kroc and Cosmic City, with The Kroc being withdrawn by stewards acting on veterinary advice after it was deemed that he had a small injury to his hock following an inspection by vets shortly after arriving on course. However the pair's trainer Trent Busuttin said that they had got the wrong horse.

Speaking on racing.com, Busuttin said: "I knew straight away that it was the wrong decision, The Kroc was fine. Our horse on course who did have that small problem with a little bit of skin off his hock was Cosmic City and somehow the two were confused and the wrong horse was scratched.

"It's hugely disappointing, especially for our owners, who have been very supportive about the situation. Everyone makes mistakes, everyone's human, but in this day and age this shouldn't be happening, maybe the horse wasn't scanned or something."

Busuttin added: "It's not like they look similar either, The Kroc is black and Cosmic City is grey."

FIRST PUBLISHED 10:02AM, OCT 21 2018
He got a bit bored by the time we were taking off from Singapore as he was fed up on the long flight but he's enjoying quarantine and he's fine