'Why would we stop now?' - superstar Stradivarius could stay in training in 2023 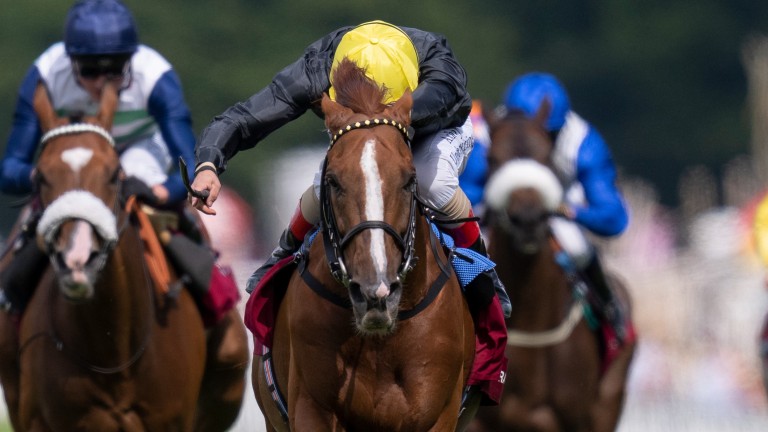 Gallant loser: Stradivarius finishes second in the Goodwood Cup and was unlucky not to win according to owner Bjorn Nielsen
Edward Whitaker (racingpost.com/photos)
1 of 1
By Julian Muscat 4:30PM, AUG 12 2022

Owner Bjorn Nielsen has said Stradivarius's outstanding efforts in defeat at Royal Ascot and Glorious Goodwood this summer mean his widely anticipated retirement could be put on hold, with the superstar stayer potentially staying in training next year.

Nielsen was speaking to the Racing Post for a major interview in Sunday's newspaper in which he lifts the lid on the split with Frankie Dettori that followed Stradivarius's close third in the Gold Cup, as well as discussing his high hopes for the record 18-time Pattern winner as a stallion and the hole it will leave in his life when he does finish racing.

However, following Stradivarius's performances this summer, that day might not be as close as it had appeared.

"No disrespect to Kyprios, who's the new young stayer on the block, but with a bit better luck we might have won both the Gold Cup and the Goodwood Cup," said Nielsen.

"His longevity is extraordinary. I think he has lasted so long because he is like his father [Sea The Stars]. He just does enough in his races, he never bottoms himself. He kind of goes through the motions but rarely takes more than 80 or 90 per cent out of himself.

"Many great horses put up two or three stunning performances, winning by wide margins, but they can't keep reproducing it because they use themselves up, whereas he idles in front and he's laughing a bit. He still walks around like a panther, as he did when he was three. It's phenomenal really." 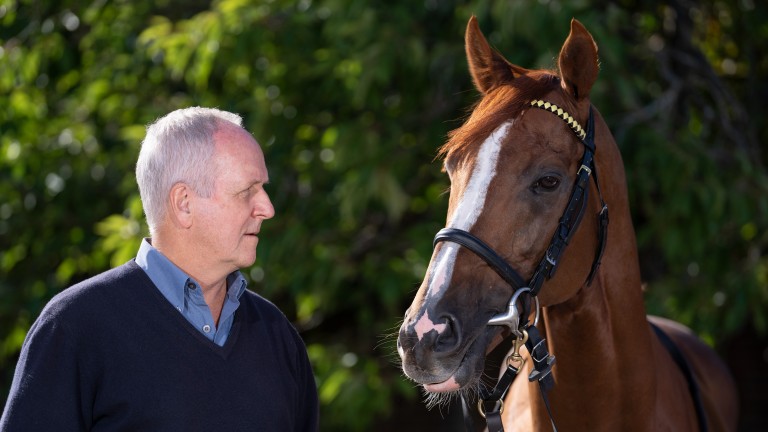 As for retirement, Nielsen added: "It is all down to his enthusiasm. I think we will see that in a race one day, when he is properly beaten for no obvious reason. I know we talked about stopping in the summer, but it's not like he has lost a few steps. Why would we stop him at this point?"

So could that mean racing on as a nine-year-old?

"Watch this space," he answered. "It's a possibility, as long as he shows he wants to do it. Some horses lose confidence when they are beaten, but I honestly think he is like a delusional, thick-skinned human being who always thinks he is unlucky when he is beaten."

Read more from Bjorn Nielsen in The Big Read, available in Sunday's newspaper or online for Members' Club Ultimate subscribers from 6pm on Saturday. Click here to sign up.

A record-breaker but 125 rating did not entitle him to be hailed great champion The charismatic model thoroughbred who kept us guessing right to the end Stradivarius: 'He's been one of the soundest horses who's ever lived' Stradivarius confirmed to stand at the National Stud in 2023 Gosden and Dettori pay tribute to the 'most extraordinary' Stradivarius Superstar stayer: three greatest hits from Stradivarius