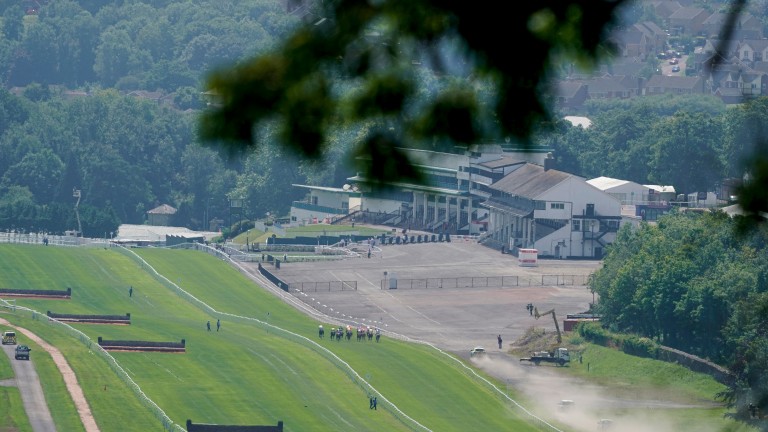 Officials from Wales's racecourses have joined with other elite stadium sports in urging the country's government to reconsider its policy on spectators.

In an open letter to the first minister Mark Drakeford, they warned: "The situation is grave; the lack of a clear road map for the return of spectators in Wales poses the real risk of bankruptcy for our sports."

Limited crowds returned in Britain last week but sport in Wales remains behind closed doors and Phil Bell (for Chepstow and Ffos Las) and Jeannie Chantler (Bangor) joined executives and senior representatives of rugby, cricket and football in writing to the Welsh government.

"We form part of an industry that employs thousands of people across the country, our contribution to the Welsh economy, employment and wellbeing is significant, but this is now at risk," the letter said.

"We respect the need to return when it is safe to do so and acknowledge the need to follow science, yet highlight the reluctance of Welsh government to look at a 'managed and engineered solution' not present in the retail, construction, transport or hospitality sectors."

The signatories added: "You will also be very conscious that Welsh sports fans are watching what is happening over the border. The clamour for the return of fans to supporting their clubs and national teams can only now continue to increase as the governing bodies and sports clubs suffer without direction or a viable road map in a time when their finances are crumbling before them.

"For a nation that is small in size, Wales punches well above its weight in sporting terms; we want to work with Welsh government to ensure the survival of our people, clubs, businesses and the future of sport in Wales."

English courses and elite sports grounds are able to admit limited crowds if they are in Tier 2 alert zone or lower. The tiers are due for revision next week.

FIRST PUBLISHED 5:05PM, DEC 8 2020
The situation is grave; the lack of a clear roadmap for the return of spectators in Wales poses the real risk of bankruptcy for our sports

2021 Prix de l'Arc de Triomphe: what you need to know about going to Longchamp