Two riders taken to hospital after nasty incident at Windsor 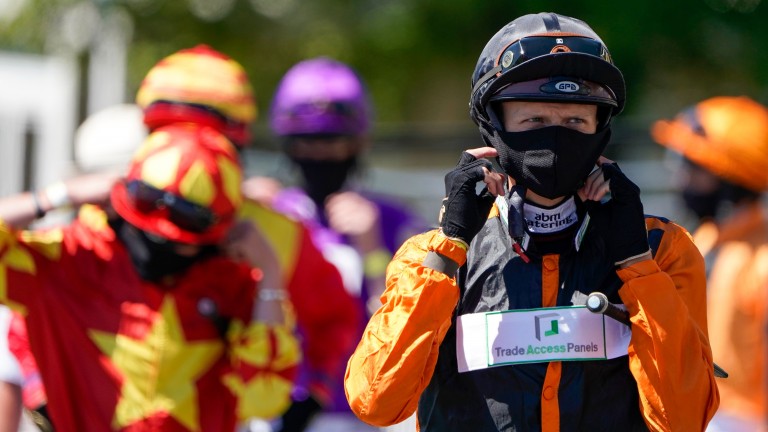 Ali Rawlinson (right): one of the two riders involved in the incident on Monday night
Alan Crowhurst/Getty Images
1 of 1
By Catherine Macrae UPDATED 12:23PM, JUN 8 2021

Flat jockeys George Buckell and Ali Rawlinson were taken to hospital on Monday evening following a horrible incident in the 5f handicap  (6.30) at Windsor.

Racing was delayed significantly, with the 7.00 event finally run at 7.46pm.

Buckell was taken to hospital ahead of fellow rider Rawlinson, who was first treated at the track for suspected injuries.

Clerk of the course at Windsor, Sophie Candy, said: "Both jockeys have now been taken to hospital for further assessment. Alistair has just been taken there now.

"We are still planning to get all the racing done this evening, the jockeys are going as fast as they can, and we're doing what's best for everyone involved."

The Attwater-trained Diligent Lady suffered a fatal injury in the incident. The daughter of Due Diligence was the winner of two of her ten previous races.

FIRST PUBLISHED 7:51PM, JUN 7 2021
Both jockeys have now been taken to hospital for further assessment. Alistair has just been taken there now