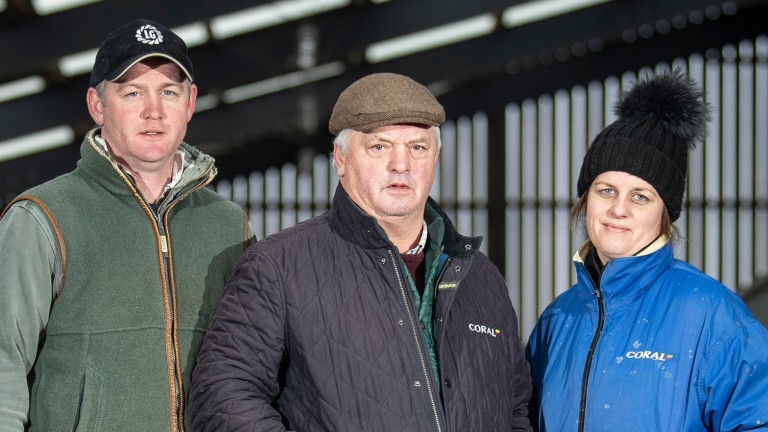 Tributes have been paid to Kim Gingell – the daughter of Colin Tizzard who played an integral role in the stable's transition from a dairy farm to National Hunt powerhouse – who died aged 43 last week.

She passed away at Salisbury hospital on Friday evening after a short battle with cancer.

Gingell is survived by her husband Dave and son Freddie, along with her brother Joe and parents Colin and Pauline.

In the Tizzard operation she played a fundamental role, responsible for looking after the big team of staff at Venn Farm while also monitoring the horses in a yard that has grown both numerically, and in terms of quality, in the last ten years.

Gingell has been described as Colin Tizzard's "right-hand woman" in the training operation while on the gallops she famously rode alongside stable star Cue Card with work partner Theatre Guide.

ITV broadcaster Alice Plunkett, a close family friend, paid tribute: "She was a force and an extraordinarily brilliant woman. She juggled being an integral part of all of her family's success, she was completely her Dad's right-hand woman and left no stone unturned. She was a friend, a mother, a professional and an unbelievable family person. 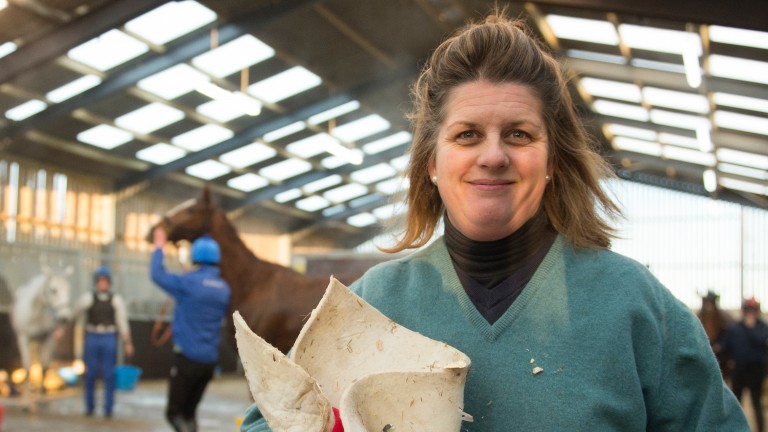 "She could be frightening, and you did not mess with her, but she ran a tight ship. She'd have time for everyone and family was very much at her heart.

"She's been an incredible mum to Freddie who she's helped to win about 30 pony races. Even after her six or seven days at the yard she'd find time to go running with Freddie and trained ponies for him."

Part-owner Geoff Nicholas tweeted a clip of Slate House following his first Grade 1 win in the Kauto Star Novices' Chase at Kempton last December, with a tribute which read: "This would not have been possible without Kim Tizzard. How can such joy turn to such sadness? Such a kind, talented, beautiful person. Will miss her so much."

Cue Card was ridden by Paddy Brennan for most of his career and the jockey tweeted: "Heartbreaking. Thinking of her family. Husband Dave, son Freddie, Colin her Dad, her Mum Pauline and brother Joe. RIP."

Jonjo O'Neill jnr, whose biggest career win came on the Tizzard-trained Native River in February, tweeted: "I honestly still can’t believe it. My thoughts with all of the Tizzards and will always be with Kim."

A family funeral is scheduled for 11am on Friday at Milborne Port cemetery.

FIRST PUBLISHED 1:00PM, MAY 18 2020
She was a friend, a mother, a professional and an unbelievable family person