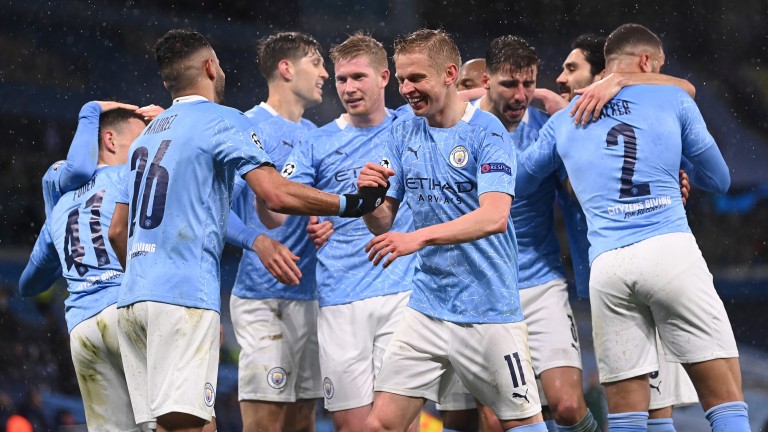 Didi Hamann does not fancy Manchester City to retain their Premier League title
Laurence Griffiths
1 of 1
By Mark Langdon UPDATED 11:51AM, AUG 4 2021

The wait is over.

Football is back and so too are the supporters which should make the 2021-22 domestic season even more special and Racing Post Sport's top team of tipping experts are on hand to deliver the ultimate betting guide to the new campaign.

Every angle is covered with ante-post selections to win the title, relegation, top goalscorer, handicap markets and much more, plus we have predicted the finishing positions for all 92 sides in England's top four divisions with our unmissable team-by-team guide.

As well as a column from Champions League winner Didi Hamann which you can read for free below, you can also get the thoughts of current Scottish Premiership player Charlie Adam, while Racing Post's ace duo Mark Langdon and Kevin Pullein deliver their pearls of betting wisdom.

Manchester City are odds-on favourites to retain the Premier League title, but their former player Didi Hamann believes Pep Guardiola's side are too short in the betting.

Hamann, who lifted the Champions League with Liverpool in 2005 and played in the 2002 World Cup final for Germany, is not convinced by the champions despite City finishing 12 points clear of the chasing pack last term.

The ex-City midfielder reckons last season's Champions League final defeat to Chelsea will be difficult to overcome and writing in his column for the annual Big Kick-Off guide to the new season which is free in Wednesday's Racing Post, Hamann said: "City are odds-on to win the Premier League and on the evidence of what they did in the English top flight last season you can understand why.

"But what happened in the Champions League said something about Guardiola and City which makes me wonder about them going forward and I would certainly suggest there is one outstanding candidate at decent odds to eclipse them this season."

FIRST PUBLISHED 10:44AM, AUG 4 2021
What happened in the Champions League said something about Guardiola and City which makes me wonder about them going forward