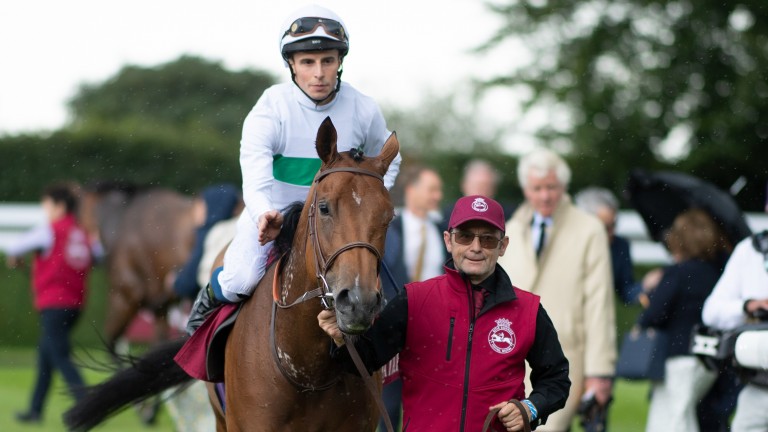 Connections of Suesa will "take some time to think" about whether to run in the Group 1 Coolmore Nunthorpe Stakes next month after the filly’s impressive success at Goodwood on Friday.

Trainer Francois Rohaut labelled Suesa’s victory under William Buick in the Group 2 Qatar King George Stakes as "incredible" and is pointing her towards the the Group 1 Prix de l’Abbaye on Arc day in October, with an outing on Arc Trials day as a warm up.

However, a decision on whether the Nunthorpe would be taken in as well had not been made following the race with the trainer eager to give everyone some breathing space before committing one way or another.

He said: "In terms of France she has the Prix de l'Abbaye and there is the Petit Couvert on Trials day.

"It's too early to say in terms of the Nunthorpe, which comes up in three weeks. We'll see how she is when she gets back. She's entered but we'll take some time to think about it. We'll savour the victory and worry about that another day. But it's a lovely worry to have."

Suesa, who landed a pair of Group 3s at Chantilly in the spring before finishing eighth in the Commonwealth Cup, is a general 3-1 shot for the Nunthorpe alongside the Wesley Ward-trained Golden Pal.

Rohaut believes Buick learnt plenty from riding Suesa at Royal Ascot, with that paying off when the duo lined up at Goodwood, where four-time winner Battaash was a well-beaten seventh.

“She was incredible, just as she was twice at Chantilly,” Rohaut said. “You don't have the impression watching her that she is really accelerating. Everybody has their own job: I train the horses and William Buick rides them.

“He learnt all about her the other day at Ascot and he certainly knows the track better than me so I gave him carte blanche."

FIRST PUBLISHED 10:40AM, JUL 31 2021
You don't have the impression watching her that she is really accelerating