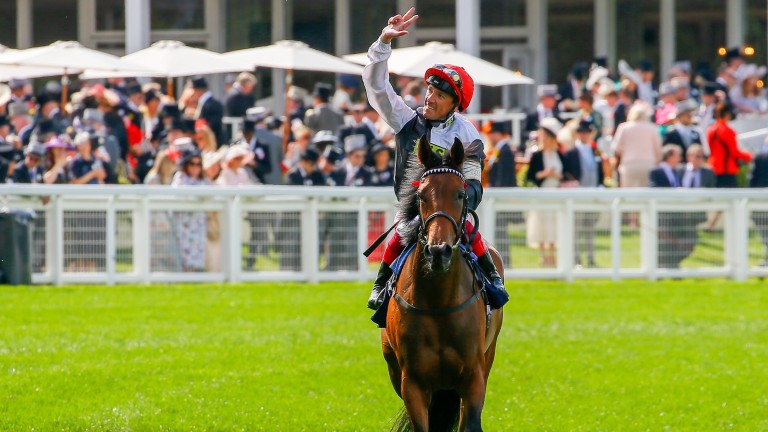 Anthony Oppenheimer is relishing the chance to try and claim Saturday's Kerrygold Irish Oaks after Ribblesdale winner Star Catcher was added to the field on Tuesday at a cost of €40,000.

The owner-breeder's colours have been carried with distinction in recent seasons by Cracksman and Golden Horn, but with that duo now retired at stud, the search is on for another top-class performer.

Star Catcher is doing her best to fit the bill, having progressed from a maiden win at Newbury in April to her Group 2 victory at Royal Ascot last month.

Now she steps into Group 1 company for the first time at the Curragh, a mission for which Oppenheimer thinks she is well equipped.

"We'd like to have a nice Group 1 filly and we're looking forward to it," Oppenheimer said on Tuesday. "I think we've got a genuinely good chance.

"It's a big prize and it's very exciting. If you've won a Group 2 you've really got to go for a Group 1. We need some rain, but rain is forecast for Dublin on Friday so hopefully we get some. She is coming to hand nicely and Mr Gosden is very pleased with her."

Man of the moment Frankie Dettori has been aboard Star Catcher for all her starts this season, and Oppenheimer is looking forward to the partnership being reunited on Saturday. She is a top-priced 11-2 shot for the race.

Gosden added: "Star Catcher has done well since winning the Ribblesdale Stakes at Royal Ascot and, after discussions with the owner Mr Oppenheimer, it was decided to supplement her for the Irish Oaks.

"Hopefully they get some rain over there and it's decent ground and obviously it's the last opportunity of the year for three-year-old fillies to meet in a Group 1." 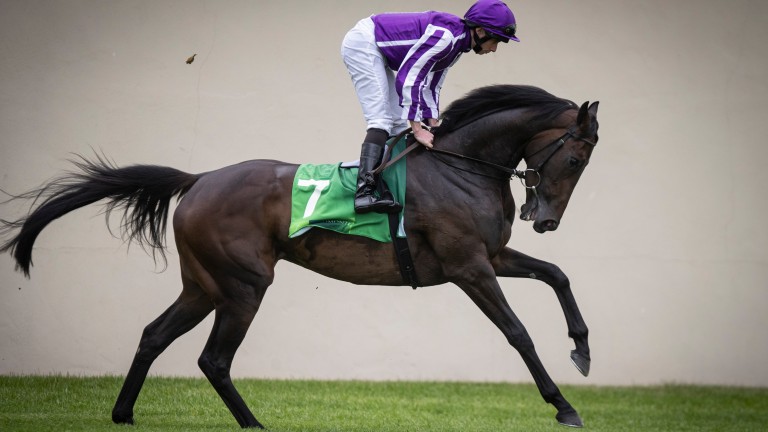 Star Catcher's addition to the Irish Oaks leaves 13 fillies in contention for the Classic, with Aidan O'Brien responsible for six.

That number is set to fall to four come declarations, however, as the trainer outlined his running plans for the race on Tuesday.

"At the moment I would say it is looking like we will run four," O'Brien said. "Pink Dogwood, Fleeting, Peach Tree and one of the others."

Runner-up in the Oaks at Epsom to Star Catcher's stablemate Anapurna before finishing third to Iridessa last time, Pink Dogwood is O'Brien's leading chance according to bookmakers.

She is the 5-2 second favourite behind 2-1 market leader Iridessa, who is trained by O'Brien's son Joseph.

O'Brien snr added: "We haven't done much with Pink Dogwood since the Pretty Polly. The first three home in that are three very good fillies and we were very happy with the way Pink Dogwood ran.

"Fleeting has done well at home since the Ribblesdale at Ascot and she seems in good from. She will take her chance. She's progressing all the time.

"The filly who won at Leopardstown [Peach Tree] is likely to turn up as well and we will probably run one more from the others."

FIRST PUBLISHED 5:28PM, JUL 16 2019
We'd like to have a nice Group 1 filly and we're looking forward to it. I think we've got a genuinely good chance

Promising filly set to climb the ladder after eyecatching fifth on debut Mother Earth rerouted to the Breeders' Cup after Santa Barbara setback Paddocks could beckon for Astadash after impressive Group 3 success Where was Dettori? Where were the Brits? Irish Champions Weekend felt too Irish Frances Crowley: 'We still feel Pat's here and that's been a big help' 'We have to try something' - McCullagh calls for false rail at Leopardstown