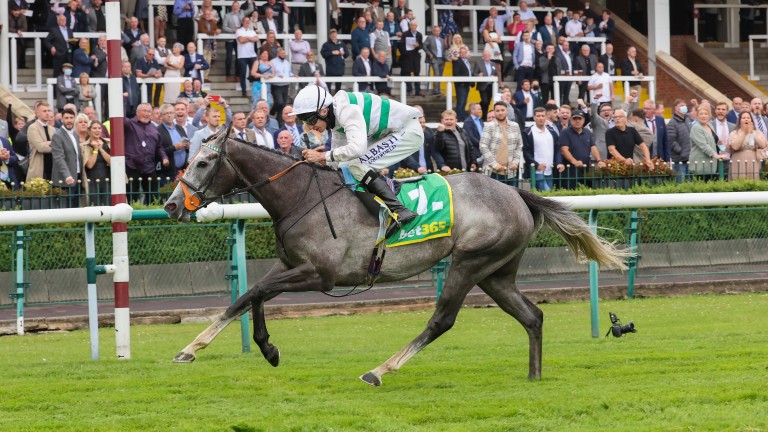 Alpinista: has twice struck at the highest level in Germany
John Grossick (racingpost.com/photos)
1 of 1
By Jonathan Harding 6:00PM, SEP 27 2021

Alpinista will miss Qipco British Champions Day at Ascot to try instead for a third Group 1 win in Germany this year, according to trainer Sir Mark Prescott.

The four-year-old was cut to as short as 5-1 for the Qipco British Champions Fillies & Mares Stakes at Ascot next month following her Group 1 success under Luke Morris in the Preis von Europa at Cologne on Sunday.

But she is likely to return to Germany for the Group 1 Grosser Preis von Bayern at Munich in November and swerve a first trip to Ascot. 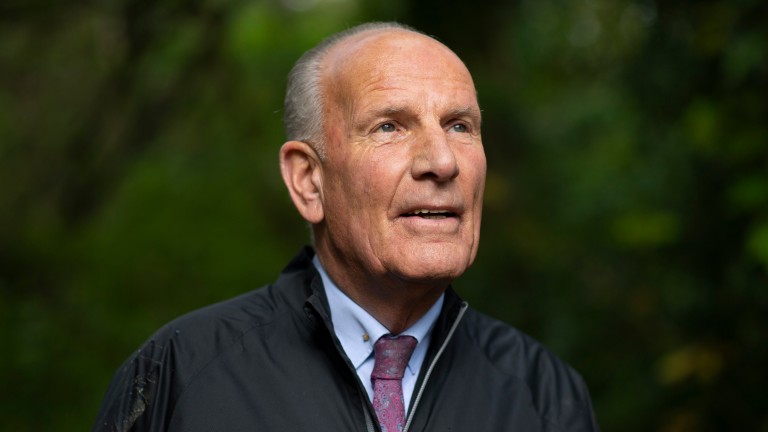 Sir Mark Prescott: "Mezzanotte let us down but overall it was a marvellous weekend"
Edward Whitaker (racingpost.com/photos)

"She has followed her grandmother precisely," said Prescott. "Albanova won those two Group 1s in Germany and it's interesting they have followed similar paths. The only thing is this filly is a little younger.

"She has a nasty spot in the middle of her races when she comes under pressure but she's always found enough. A mile and a half is her minimum trip but she's effective so will stay at it for a while.

"She'll run once more in Germany, and if she comes out of the race well, she might be kept in training for another year. She won't run at Ascot.

"Miss Rausing has so many good fillies this year, she may have the race covered with the likes of Albaflora."

It was a memorable weekend for Prescott, who won with four of his five runners after three winners on a flawless Saturday.

The trainer kickstarted the hat-trick with Mahagoni in the 7f novice contest at Chester. Summer's Knight soon followed up with an impressive five-and-a-half-length success in the 1m6f handicap at Haydock, before juvenile Arclight rounded off a superb day's work by taking a mile maiden at Chelmsford.

He was only denied a perfect weekend when two-year-old Mezzanotte finished eighth of 11 runners in a mile nursery handicap at Ffos Las.

"Mezzanotte let us down at Ffos Las but overall it was a marvellous weekend," said Prescott, who had sent out 38 winners this season before racing on Monday. "Summer's Knight won impressively and he'll probably run in the two-mile handicap at Ascot on Friday."

What's on this week: all eyes on quality Arc as Longchamp takes centre stage

FIRST PUBLISHED 6:00PM, SEP 27 2021
Albanova won those two Group 1s in Germany and it's interesting they have followed similar paths

Eloise Quayle to take over as clerk of the course at Newcastle 'Luxembourg looks your 2022 Derby winner - there was plenty left in the tank' Stud groom Karl Kingscote suffers spinal injuries in mountain bike accident '33-1 for the Gold Cup is a great price' - your jumps season questions answered Glass Slippers joined by Emaraaty Ana in Breeders' Cup defence for Kevin Ryan If you think a jockey should be a role model for your kids, you've got a problem