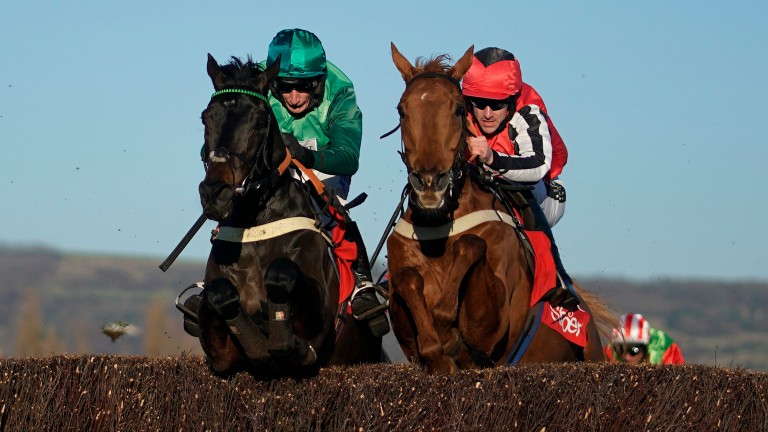 Sceau Royal could make a quick return to action next weekend after starring in Alan King's "terrific" Saturday treble.

He may switch back to fences in the Shloer Chase at Cheltenham, which he won in 2018, after landing the Elite Hurdle at Wincanton.

The eight-year-old had won the Welsh Champion Hurdle at Ffos Las  three weeks previously and earned quotes as short as 20-1 for the Champion Hurdle itself after his smooth Grade 2 victory on Saturday.

But the good-ground specialist is also a high-class chaser and his trainer said: "I think the wind operation has helped Sceau Royal and there weren't many races over fences, so that's the reason we went down the hurdling route.

"We might pop him into the Shloer Chase next Sunday and see what that looks like and how he is through the week.

"The ground looks like it will be okay again at Cheltenham, there doesn't seem to be too much rain around. He has won on soft ground but probably not at the top level." 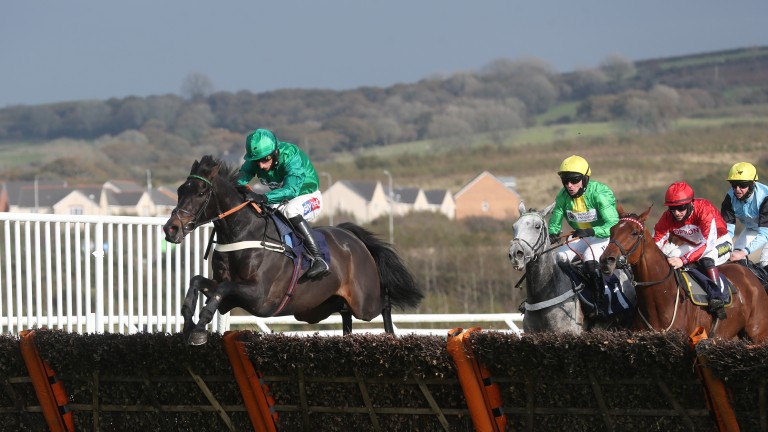 Sceau Royal is in good form over hurdles
Getty Images/Pool

Stablemate Potterman was cut in price for the Ladbrokes Trophy Chase after his short-head second in the Badger Beers Silver Trophy but would not take his chance at Newbury if the ground were too testing.

"Potterman is getting quite close to his winter break," King warned. "We'll train him for the Ladbrokes Trophy and we'll see what the weather does between now and then.

"If it got too soft we'd probably put him away and I could see him being a Scottish National horse in the spring."

Canelo won over fences at Aintree before On To Victory landed the November Handicap on the Flat at Doncaster for King, who said: "It was a terrific day. One or two have needed their first run but on the whole the top team are running very well.

"On To Victory is a relatively fresh horse and it was very pleasing to see him win. He'll now go back hurdling. He's still a novice and that will help." 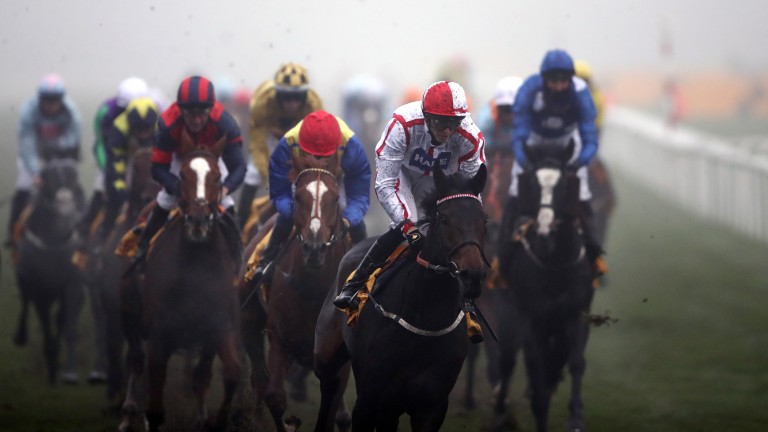 The November Handicap was the 28th Flat race King has won in 2020, a tally that includes three victories at Royal Ascot in June.

He admits the Flat is becoming a more important part of his Barbury Castle operation and said: "I've got momentum and it would be silly to take my foot off the accelerator there. We've probably spent more on the Flat horses in the last six months than we have on the jumpers.

"This season has gone terrifically well. The two-year-olds are a pretty smart bunch, we've had four individual winners and a lot have run well, so they're horses to look forward to for next year."

FIRST PUBLISHED 3:30PM, NOV 8 2020
It was a terrific day. One or two have needed their first run but on the whole the top team are running very well