Record-breaker One Master retired to paddocks to begin new chapter 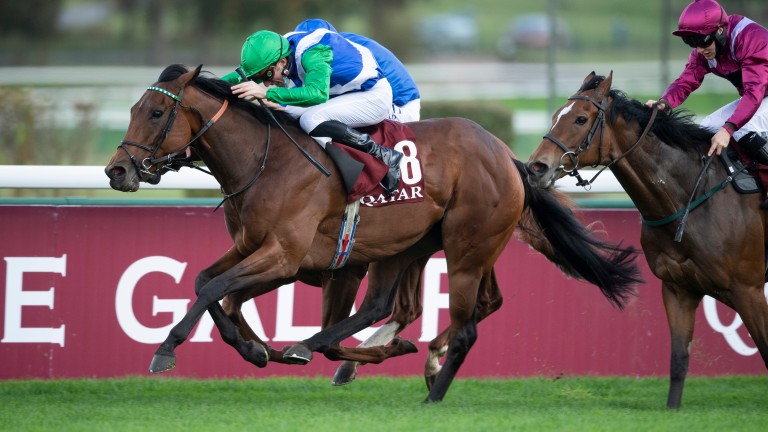 Record-breaking mare One Master will not be making a final outing on the racecourse in Hong Kong next month as she has been retired, connections have revealed.

The daughter of Fastnet Rock was kept in training as a six-year-old to try to win the Group 1 Prix de la Foret at Longchamp for a record third time, a mission she accomplished when overcoming Earthlight in October.

Trained by William Haggas for US owners Lael Stable, One Master won seven of her 23 outings and just short of £1 million in prize-money in a career that kicked off rather belatedly as a three-year-old in the summer of 2017.

One Master racked up the first of her Prix de la Foret wins under Pierre-Charles Boudot the following year when sent off at 33-1 before going on to run respectably at the Breeders' Cup and then Hong Kong.

In 2019, One Master repeated her victory in the seven-furlong contest at Longchamp at the expense of City Light before finishing runner-up in the Group 1 British Champions Sprint at Ascot.

This season, One Master won the Group 3 Oak Tree Stakes at Goodwood and was then placed twice at Group 2 level before making history on Arc day. She was then third in the Champions Sprint but was then forced to miss the Breeders' Cup Mile at Keeneland when she got setfast two days before the race.

Haggas said: "One Master has been an absolute star for us, but she has been retired to New England Stud. She was kept in training specifically to win the Foret for a third time and it came off – which seldom happens. She owes us nothing and hopefully the second chapter of her career will be as successful as the first."

One Haggas star who is staying around, however, is last month's Group 1 Qipco Champion Stakes winner Addeybb who is set for a return to familiar surroundings.

Haggas said: "Addeybb holds entries in Hong Kong but I think we'll give that a miss and head back to Australia after Christmas with him. He won two Group 1s for us in Sydney last winter and I think we'll try to repeat the trick."

FIRST PUBLISHED 4:00PM, NOV 18 2020
She was kept in training specifically to win the Foret for a third time and it came off – which seldom happens