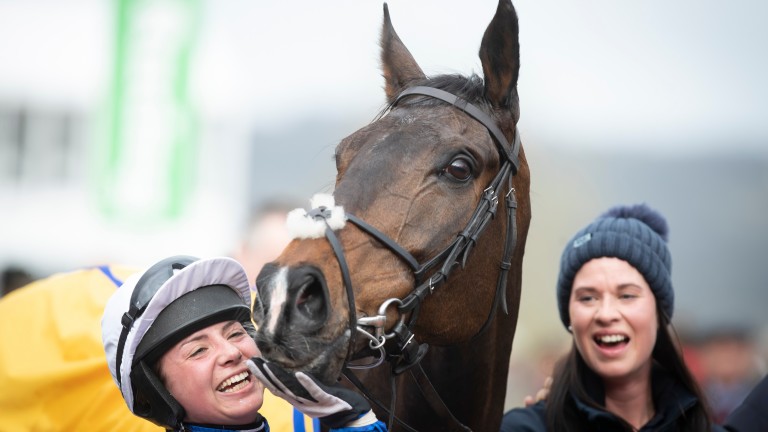 The Paul Vogt-owned star is a six-time winner from 11 starts over fences at Cheltenham, most recently scoring at the track in handicap company in October when giving upwards of 18lb to his rivals.

Bryony Frost became the first female jockey to ride a top-level winner at the Cheltenham Festival on Frodon in the Ryanair Chase in 2019 and the pair sealed a second Grade 1 success when dominating the Ladbrokes-sponsored King George at Kempton in December.

Nicholls, speaking on a Betfair Cheltenham preview in partnership with the Racing Post, said: “Frodon loves Cheltenham, loves going left handed and King George winners have a habit of winning the Gold Cup.

“I know he got the run of the race at Kempton but he won very cosily and if he’s in that sort of form and the ground isn’t too soft it will be perfect for him.

“Cheltenham is his track – he’s a professional around there – and Bryony is really up for it. He’s such an amazing horse, worked his way up, stayed sound and retained his enthusiasm as much as ever.

“I’m convinced he’s got a chance. Al Boum Photo is obviously the one to beat but there’s not a standout alternative and I think Frodon is a great each-way price.

“He has one strong run from the back of the last and hopefully we don’t have to use that too soon. He hasn’t got the high-profile class of Denman and Kauto Star, who were exceptional, but he’s definitely a See More Business in that he’s tough, has class and gives his running.”

Al Boum Photo is seeking a hat-trick in the race and heads the betting at a general 5-2, with Champ priced at 5-1 second favourite with bet365 and Sky Bet and A Plus Tard available at 6-1 with bet365 and William Hill.

Frodon: the playful chap with a big following and tenacity to match his class

Bryony Frost: I have multiple plans for riding Frodon in the Cheltenham Gold Cup

FIRST PUBLISHED 10:30AM, MAR 10 2021
Al Boum Photo is obviously the one to beat but there’s not a standout alternative and I think Frodon is a great each-way price