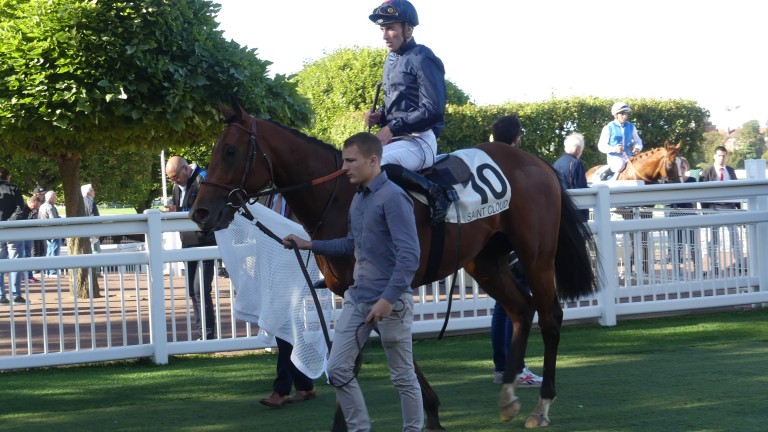 Andre Fabre and the Coolmore partners have decided to run Ocean Atlantique in the Prix du Jockey Club at Chantilly next Sunday rather than send him to Epsom for the Investec Derby 24 hours earlier.

A five-length winner over a mile and a quarter at Deauville last month, the son of American Pharoah was as short as 12-1 for the Derby but, with Aidan O'Brien set to send as many as six runners and the ongoing issues with quarantine for staff and jockeys, Fabre will instead try and win a first Jockey Club for the owners.

"Ocean Atlantique will stay in France and will run at Chantilly," Fabre said on Saturday. "The travelling conditions make things too difficult."

A long-striding colt who was runner-up to another leading fancy in Pao Alto on his seasonal debut at Longchamp, Ocean Atlantique showed he was not short of speed when dipping under 11 seconds for the penultimate furlong at Deauville.

Fabre, who has won the Prix du Jockey Club four times, added: "I'm looking forward to running him in the Jockey Club and he will be joined by Victor Ludorum."

Coolmore will still be heavily represented in the Derby, with Aidan O'Brien having nominated six colts as likely to go for the Classic on July 4.

Russian Emperor and Vatican City are single figures with most firms ahead of Mogul, who put in a laboured effort in the King Edward VII Stakes at Ascot and can currently be backed at 10-1 in a couple of places.

Leading fancy Military March ruled out of Derby after setback

FIRST PUBLISHED 11:15AM, JUN 27 2020
I'm looking forward to running him in the Jockey Club and he will be joined by Victor Ludorum