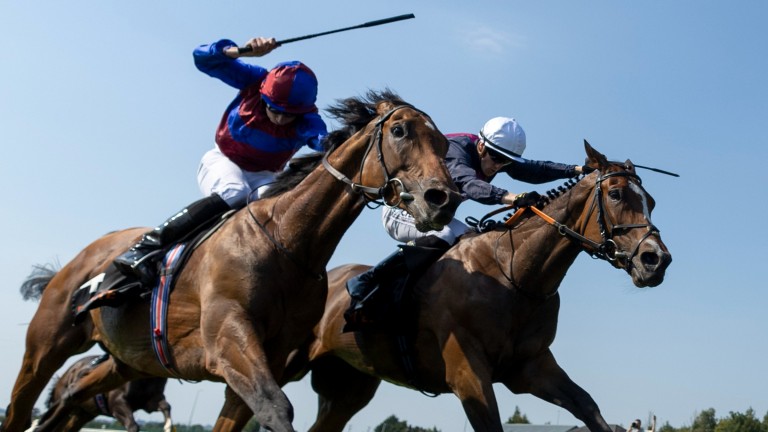 Luxembourg (near): had to fight off Insinuendo in the Royal Whip on Saturday
Patrick McCann (racingpost.com/photos)
1 of 1
By David Jennings, Deputy Ireland editor UPDATED 7:41PM, AUG 15 2022

Luxembourg may have drifted to 5-1 for the Irish Champion Stakes at Leopardstown next month but Aidan O'Brien was far more impressed than Paddy Power with his winning comeback at the Curragh on Saturday and reported no recurrence of the muscle injury that ruled him out since the 2,000 Guineas.

The 48 hours following Luxembourg's neck success in the Group 3 Royal Whip were always going to be vital and O'Brien expressed his delight at the way he has come out of his narrow victory over Insinuendo.

"Luxembourg seems to be fine since Saturday and we're very happy with how he's recovered," said O'Brien.

"We were very happy with him going into the race, but we knew there would be a lot more improvement to come. We were delighted with what he did in the race and how he's come out of it.

"We knew that race was the only real chance we had to run him before the Irish Champion and he needed a run before going to Leopardstown.

"Saturday was very important for him. Ryan [Moore] was delighted with him and we all were. You'd have to be delighted with everything really," he added. 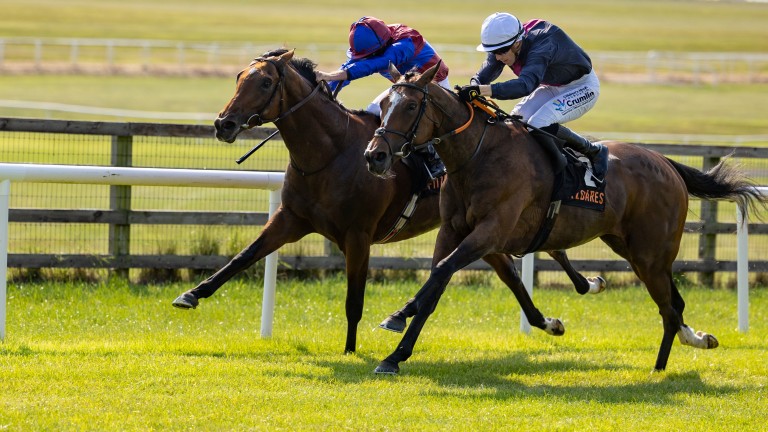 Luxembourg began Saturday as Paddy Power's 4-1 second favourite for the Irish Champion Stakes, but he was edged out to 5-1 afterwards. Eclipse winner Vadeni is currently the firm's 7-4 favourite.

O'Brien said of his intended path: "The plan, provided everything went well on Saturday, was the three races. We were starting back in the Royal Whip, then the Irish Champion Stakes followed by the Arc.

"We are still taking it one step at a time and the first step has been taken now, so we've moved on to the next one at Leopardstown.

When asked what he thought Luxembourg's best trip was, O'Brien replied: "We always thought he was a middle-distance colt and the original plan for him was to go from the Guineas to the Derby earlier in the year."

O'Brien is the most successful trainer in the rich history of the Irish Champion Stakes with ten victories in the race, including the last three runnings with Magical (2019, 2020) and St Mark's Basilica (2021).

Irish crowds down by 8.8 per cent but fall 'not a major worry' say racecourses

Which of Charlie Appleby's leading juveniles should you look out for this year?

'People are dropping like flies' - Prendergast calls for handicapping changes

'We had to do unnatural work with Luxembourg - it was a massive risk' Aidan O'Brien: Prix de l'Arc de Triomphe favourite Luxembourg 'in great shape' O'Brien set to target Longchamp staying prizes with Kyprios and St Leger fifth Henderson set for Moore team up on 'considerably improved' Cesarewitch favourite Lordan delivers Waterville from impossible position for Cesarewitch victory From dismay to delight: Group 1 glory turns the day around for Buick and Moore