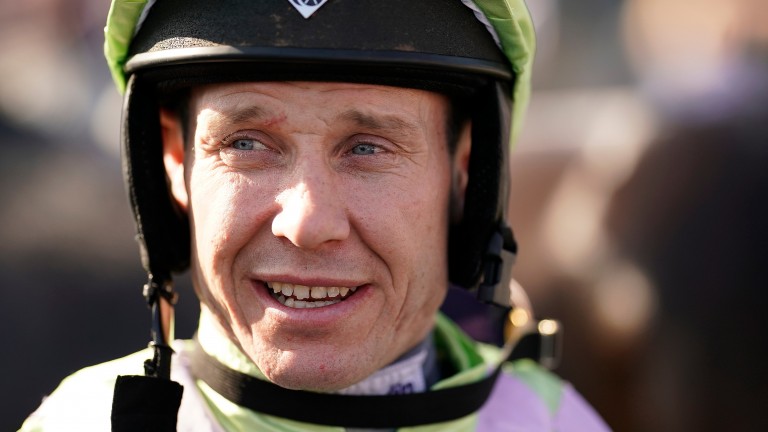 Richard Johnson's red-hot form continued at Doncaster as he guided 10-3 shot Stonific to an easy success in the 2m½f handicap hurdle.

The champion jockey celebrated a double at Musselburgh on Thursday before another winner at Newbury on Friday and has now won four of his five starts since returning to action.

Johnson had been sidelined for 37 days until Thursday with an arm injury.

Title leader Brian Hughes's lead held at 16 after he picked up his 132nd winner of the season when Clondaw Caitlin hit the mark at Kelso.

It was mission accomplished for Definitly Red at Kelso on Saturday as the Brian Ellison-trained stayer successfully completed his trial for the Randox Health Grand National.

Sent off the evens favourite, the 11-year-old used his superior stamina to draw clear of four rivals to win for Brian Ellison and jockey Danny Cook.

Ellison has had the National in mind for Definitly Red all season, and the winner was cut to 14-1 (from 20) by Paddy Power and Betfair Sportsbook following the victory.

Winning jockey Danny Cook said: "It was a nice stepping stone and will have put him spot on for Aintree. He's a good, honest horse and hopefully we'll have another good day at Aintree."

Stamina was also needed at Doncaster for the feature Grimthorpe Chase, with Captain Chaos making all in an attritional race. Only three finished the 3m2f race, with victory going to the Skelton brothers.

Brian Hughes rode his first winner since title rival Richard Johnson returned to action with a Grade 2 success aboard Clondaw Caitlin at Kelso in the William Hill Premier Novices' Hurdle.

Hughes had seen his lead reduce to 17 from 20 after Johnson made an immediate impact on his return to action from injury on Thursday and Friday.

But the championship leader pushed the gap back to 18 on the Ruth Jefferson-trained mare, who was winning a fourth consecutive race.

The winning jockey said: "It was a bold shout to come here and that was Ruth's decision. She's owned by family friends of my wife so it was nice of them to let me on her."

Head and Peslier combine for lucrative win in Saudi Arabia

There was joy for Freddy Head and Olivier Peslier as Call The Wind scooped over £1 million in prize-money with victory at Riyadh on Saturday.

Jockey Peslier coolly picked his way through traffic in the straight to win the 1m7f turf handicap, with valuable paydays also going the way of the Jamie Osborne-trained Mekong in second and Melbourne Cup runner-up Prince Of Arran in third for Charlie Fellowes.

Those in attendance at Riyadh witnessed some Frankie Dettori magic as the world famous jockey sprang a 66-1 surprise in the 7f conditions race in Saudi Arabia.

Dettori was aboard Dark Power, who used to be trained by Clive Cox but is now in the care of Allan Smith in Bahrain. Dark Power wore down Mubtasim, with James Doyle aboard the Charlie Appleby-trained runner. 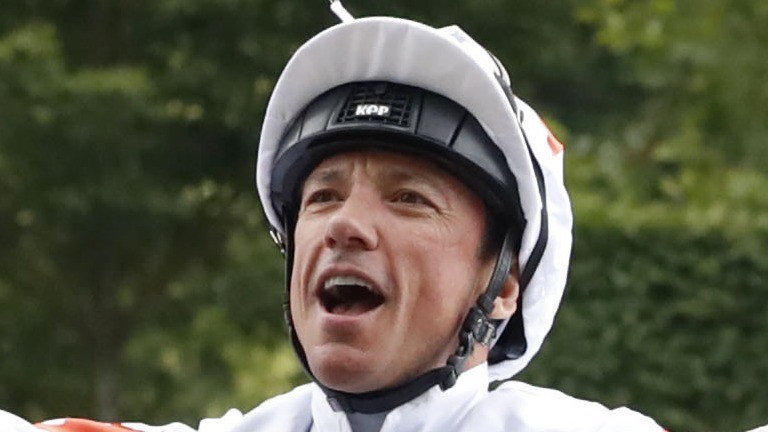 Frankie Dettori: among the winners in Saudi Arabia
Dan Abraham

The first turf race to be run at the new Riyadh course provided a shock as favourite Deirdre was collared late on by Port Lions.

Deirdre, who provided a breakthrough moment for Japan when winning the Nassau Stakes at Goodwood last summer, was expected to triumph in the 1m2½f conditions race, but instead had to settle for second. 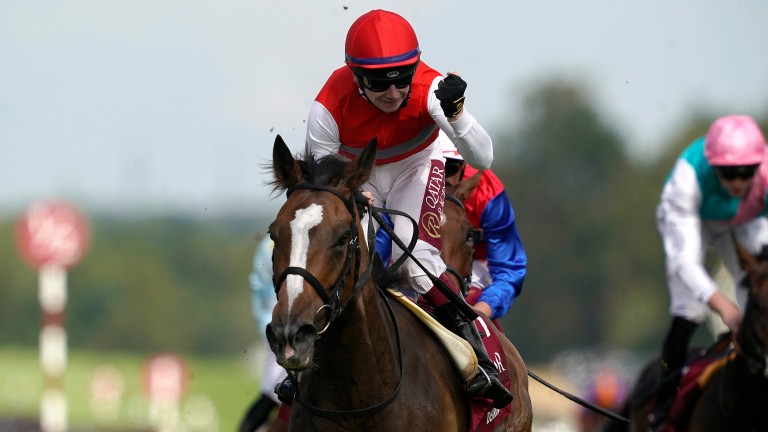 Oisin Murphy, who has kept the ride on Deirdre since her Goodwood success, was inching his way to the front in the straight, but Adrie de Vries, who was aboard Port Lions, swept past to give the Fawzi Nass-trained five-year-old a fifth consecutive victory.

Later this afternoon is the inaugural running of the Saudi Cup (5.40), which features Benbatl, McKinzie and Gronkowski among a field of 14.

FIRST PUBLISHED 1:27PM, FEB 29 2020
Dettori was aboard Dark Power, who used to be trained by Clive Cox