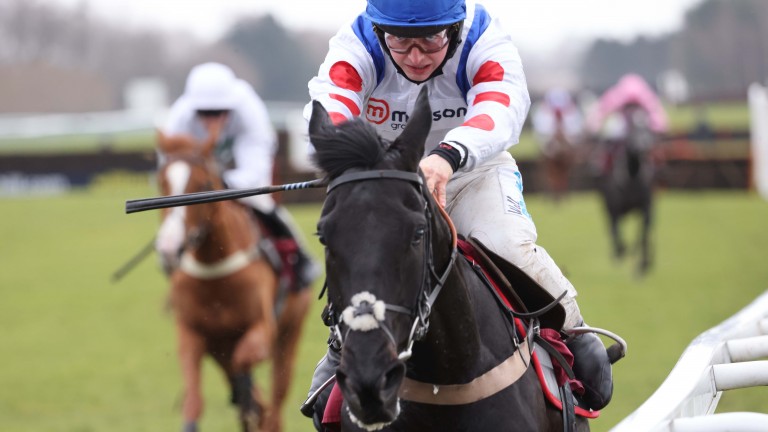 A potentially gusty and wet end to the unseasonably dry start to the jumps season was music to the ears of Paul Nicholls as he put the finishing touches to exciting second-season hurdler Monmiral ahead of Saturday's Betfair-sponsored Fighting Fifth at Newcastle.

Unbeaten in four starts since joining Nicholls from France's champion trainer Francois Nicolle, Monmiral will face a stern test of his progress when lining up against Epatante, Sceau Royal and Silver Streak.

But after schooling on Thursday morning and a racecourse gallop at Newbury a fortnight ago, Monmiral has ticked every box for Nicholls, while a forecast between ten and 20mm of rain from Friday into Saturday has also added to his enthusiasm.

Monmiral on his way to Aintree success against Adagio, who ran a fine race on comeback in the Greatwood Hurdle earlier this month
John Grossick (racingpost.com/photos)

"I'm glad to hear that weather forecast and there's plenty of rain about because we're concerned about running them on fast ground. If they get that forecast rain and it's good to soft or slower, that will be absolutely perfect," said Nicholls.

The four-year-old son of Saint Des Saints was last seen clearing away from Adagio in the Grade 1 Anniversary Hurdle at Aintree, a performance which saw him crowned the highest-rated juvenile in the end-of-season Anglo-Irish jumps classification.

Monmiral, the 100-30 second favourite with the sponsors, gets no weight-for-age allowance from his elders and will be reunited with Sean Bowen, who was aboard for wins at Doncaster and Haydock last season.

"It's a step up in class from what he's been running in but he couldn't do any more than what he's done," Nicholls told a Betfair media conference. "He's won all his completed starts and the form from Aintree has turned out good.

"But this is another step up in class for him. It is hard in that second year for four-year-olds, they don't get any sort of allowance over hurdles. He'll need to be at the top of his game and will have to have improved from last year."

Nicholls was especially pleased to have been able to take advantage of the public gallops at Newbury, given Monmiral is not easy to gauge at home. 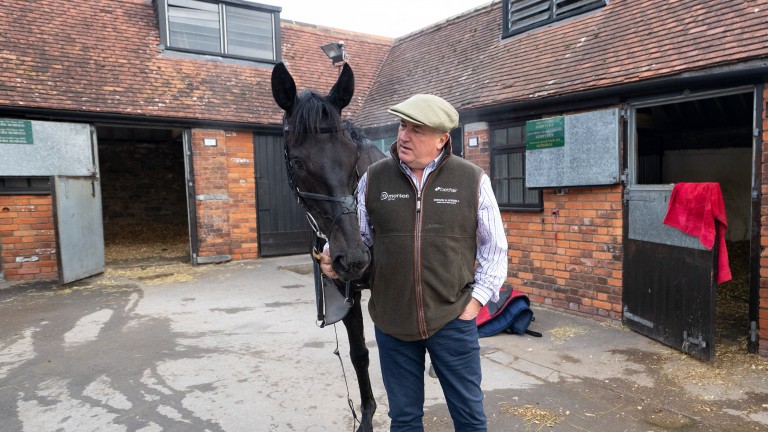 "Last year he showed not a lot at home, he was always better on the track, that's always the sign of a good horse," said Nicholls. "He's been a lot sharper in his work this year and he worked very nicely at Newbury the other day.

"He was working with Clan Des Obeaux and Enrilo – three mile chasers – so he's had a good prep. He looks good, he jumped this morning but we'll all know a lot more after this race on Saturday."

As across much of the country, the going at Newcastle on Thursday was a mixture of good and good to soft, but Newcastle clerk of the course James Armstrong said he expected wintery showers to arrive on Friday.

It's high winds rather than snow, however, which is likely to be the most prominent weather feature at Gosforth Park by Saturday.

"We're looking at upwards of 10 millimetres of rain and we could get up to even 20 millimetres," said Armstrong.

"It looks more like wintery, slushy stuff with us but on the higher ground over the Pennines they're talking about some quite significant snow. We're closer to the coast, though that does leave us a bit more vulnerable to the wind.

"We started off on Monday with good ground and we've been watering away. We've put on near-on 20mm in the home straight and between five and eight millimetres on the rest of the course.

"We are genuinely good, good to soft in places right now and any rain that comes via nature will see things ease, possibly a fair bit more."

Confirmed runners and riders for the Ladbrokes Trophy and Fighting Fifth

FIRST PUBLISHED 4:30PM, NOV 25 2021
He's been a lot sharper in his work this year and he worked very nicely at Newbury the other day