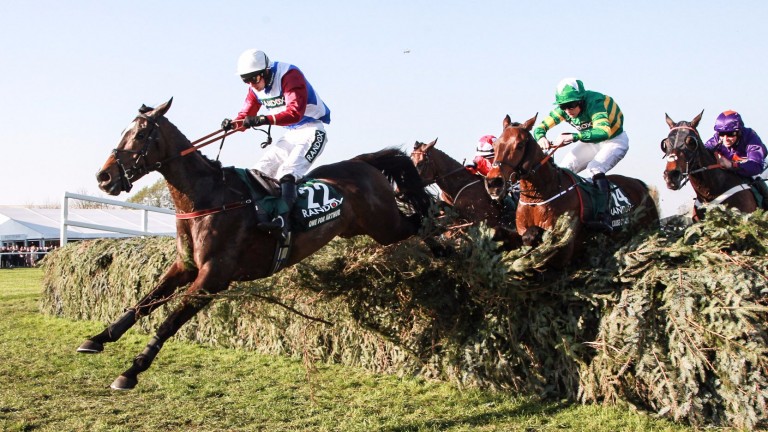 2017 Grand National winner One For Arthur is being aimed at the Peter Marsh Chase at Haydock
John Grossick (racingpost,com/photos)
1 of 1
By Tom Ward UPDATED 6:42PM, JAN 7 2019

The 2017 Grand National winner One For Arthur is set to have his next run in the Peter Marsh Chase at Haydock a week on Saturday.

Peter Scudamore, partner and assistant to trainer Lucinda Russell, said on Monday that the ten-year-old had not been entered for this weekend's Classic Chase at Warwick owing to ground concerns.

Winner of Warwick's marathon test two years ago en route to National glory, One For Arthur had not raced for 609 days before unseating Tom Scudamore on his belated reappearance back at Aintree in the Many Clouds Chase last month.

Scudamore snr said: "He goes to Haydock a week on Saturday. He just isn't ready for Warwick this weekend and we were also worried about the ground – that was the biggest thing really.

"We're in the middle of another dry period and the ground will be plenty quick enough there. If we'd tried we could have got him ready but he really needs it to rain." 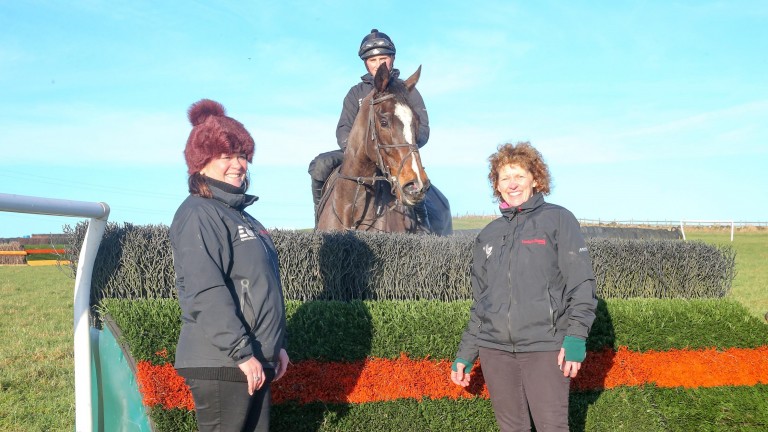 One For Arthur with owner Deborah Thompson (left) and trainer Lucinda Russell
John Grossick (racingpost.com/photos)
One For Arthur won his first race under rules on his only previous trip to Haydock on Peter Marsh day in January 2015, and Scudamore reported the popular Two Golf Widows-owned horse to be in rude health.

"Physically he's absolutely fine," he said. "He did a piece of work on Saturday and he's due to do two more pieces of work again this week before he schools on Monday.

"We'll ease him down after that before Haydock. He's actually in very good form."

On future targets Scudamore added: "Looking forward he may go back to Haydock again for the Grand National Trial, provided everything goes to plan."

Among the 25 who have been entered for the McCoy Contractors Civil Engineering-backed Classic Chase are the Nigel Twiston-Davies-trained pair Cogry and Calett Mad, the in-form Rocky's Treasure and last month's Borders National winner Harry The Viking.

FIRST PUBLISHED 5:52PM, JAN 7 2019
We're in the middle of a another dry period and the ground will be plenty quick enough there