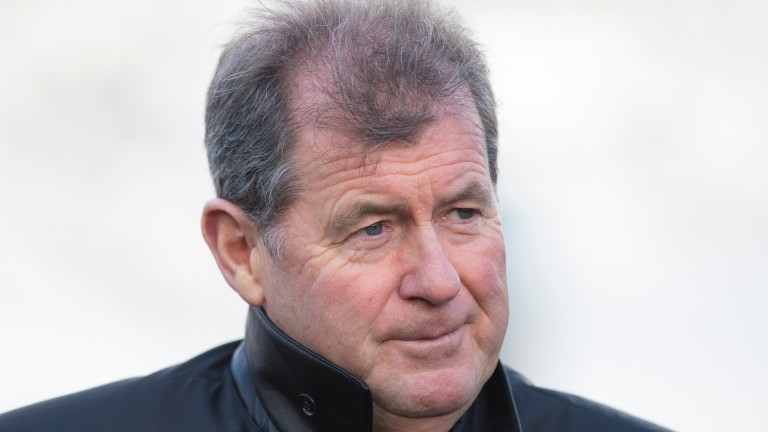 JP McManus: two of the owner's horses were involved in a wrong horse mix up
Edward Whitaker (racingpost.com/photos)
1 of 1
By David Jennings, Deputy Ireland editor UPDATED 12:40PM, MAY 14 2022

There was a bizarre incident at Kilbeggan on Friday evening when a 12-year-old who had run 84 times turned up to take part in a maiden hurdle instead of a four-year-old who had never run over hurdles before. Indeed, the horses involved were not even from the same stable but both were owned by JP McManus.

The Shane Broderick-trained Grove Island, a moderate 52-rated maiden on the Flat, was due to make his jumps debut in the Irish Farmers Journal Maiden Hurdle, but when the microchipping process took place before the race he turned out to be Plinth.

Now officially trained by Enda Bolger, Plinth is an 11-time winner who was rated 142 in his prime and landed the Grade 2 Istabraq Hurdle at Tipperary back in 2015. He has not been seen since finishing down the field in a handicap hurdle at Kilbeggan last September.

Grove Island finished no better than fourth in eight outings on the Flat for Joseph O'Brien with his last outing at Dundalk last September. He was supposed to have switched stables to Broderick approximately two months ago, but it turns out the horse who was brought to the stable was in fact Plinth.

Brian Loughnane, the authorised representative from the Broderick stable, apologised for the incorrect horse showing up to the races and added they should have checked it was the correct horse when he came to their yard from Martinstown Stud. 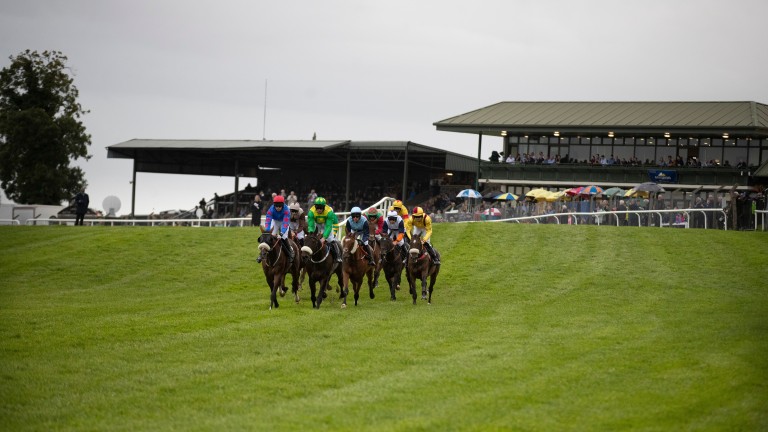 Kilbeggan: the stage for a bizarre incident on Friday evening
Patrick McCann

Andrew Tyrell, an Irish Horseracing Regulatory Board vet, reported to the stewards that it was Plinth rather than Grove Island who showed up when microchipped and the horse was withdrawn. The matter was referred to a senior racing official for further investigation.

A similar sort of incident occurred at Galway last July when a three-year-old handicapper won a two-year-old maiden. Both of the horses in that instance were trained by Jessica Harrington.

It emerged after the race that Aurora Princess, who had won two of her nine starts, was rated 79 and was due to run later on the card, finished first past the post when it should have been the debutante Alizarine running in the race.

'It's our fault' - Brian Ellison apologises after wrong horse mix-up

FIRST PUBLISHED 11:35AM, MAY 14 2022
He added they should have checked it was the correct horse when he came to their yard from Martinstown Stud approximately two months ago