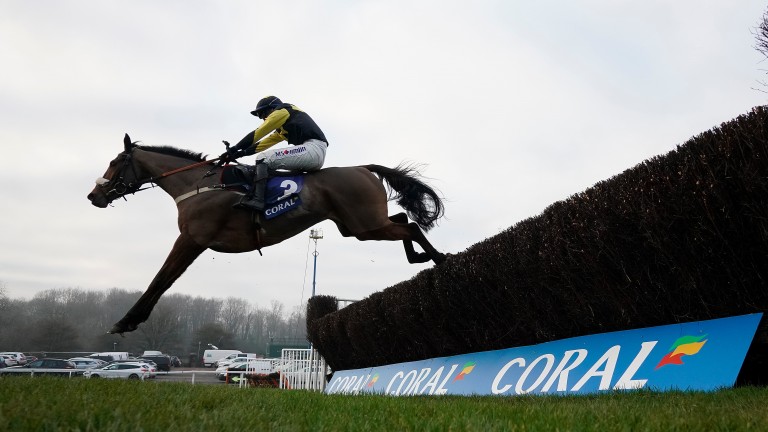 Chepstow: frost covers are in place to make sure the rescheduled Welsh Grand National can go ahead
Alan Crowhurst
1 of 1
By Matt Rennie and Jack Haynes UPDATED 8:01PM, JAN 4 2021

Officials at Chepstow have reported the track to be in "great order" ahead of the rescheduled Welsh Grand National and are optimistic their marquee fixture on Saturday will not be cancelled.

A cold snap has caused meetings at Ludlow and Ayr to already be abandoned, and despite little sign of the temperature rising significantly throughout the week the track is expected to cope with the adverse conditions before the marathon contest.

The Welsh National was cancelled on its original date of December 27 due to waterlogging, but officials anticipate a relatively dry forecast in the lead-up to the fixture.

Frost is the main threat this time around, and covers have been deployed on both the hurdle and chase course to protect the ground from freezing over.

Phil Bell, director at Chepstow, said: "I went on the track on Monday afternoon and you'd have had no problem racing on it – it's in great order. We're covering the hurdles and chase track from this evening until the day. We're giving it every possible chance.

"The temperature will dip down to -4C on Wednesday night, but no colder than that. It will be around 3C or 4C in the day and relatively dry, so based on the forecast and knowledge we've got at the moment – with the good covering of grass we have for the frost – we should be okay.

"I'm fairly positive, but it's a bit of a daily update at the moment. It's the cold that would be the main worry."

While officials are confident about Chepstow's chances of beating the weather, Newcastle's jumps fixture on Friday is already subject to an inspection at midday on Tuesday, with the track waterlogged in places. 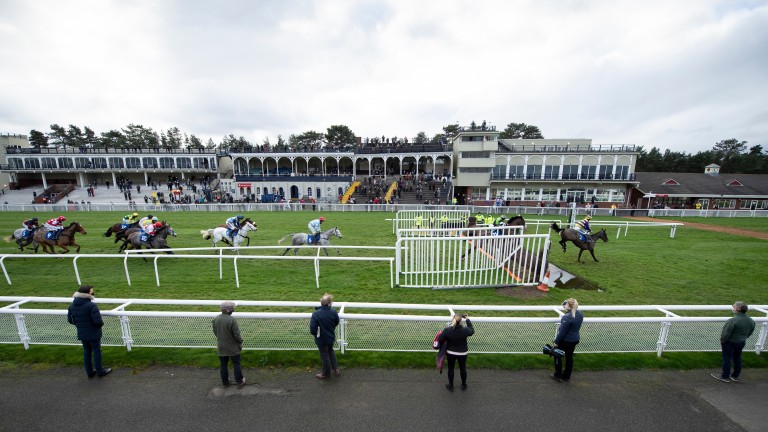 Ludlow's meeting on Tuesday was cancelled on Monday with areas of the track frozen
Edward Whitaker (racingpost.com/photos)

Ludlow's meeting, which was due to be staged on Tuesday, was the second on Monday to succumb to the cold weather in Britain.

The Shropshire track cancelled its midweek fixture after a second inspection around midday with small areas of the track frozen and the forecast offering no hope for improvement – the same reason for Ayr calling off its meeting on Wednesday.

The Welsh National, Lanzarote and Relkeel: the big races over a busy seven days

Ludlow's clerk of the course Simon Sherwood said: "There's a couple of areas of frost that haven't come out and our concern is that if it hadn't come out by today then it would be unlikely to do so with the forecast tomorrow.

"It is set to be 0C or -1C overnight but with a chill factor in the wind and temperatures are likely to be slow to rise, so it wouldn't have been fair to bring everyone here with that in mind.

"The forecast is sadly against us and it's a tricky time of year. Ninety-five per cent of the track is fine but five per cent isn't and you're only as good as your worst bit of ground.

"We have a bit of bare soil on the racing line and that's where the bite in the ground is."

Officials at Ayr were forced to cancel a second meeting in three days with overnight temperatures of -2C forecast in the lead up to Wednesday. 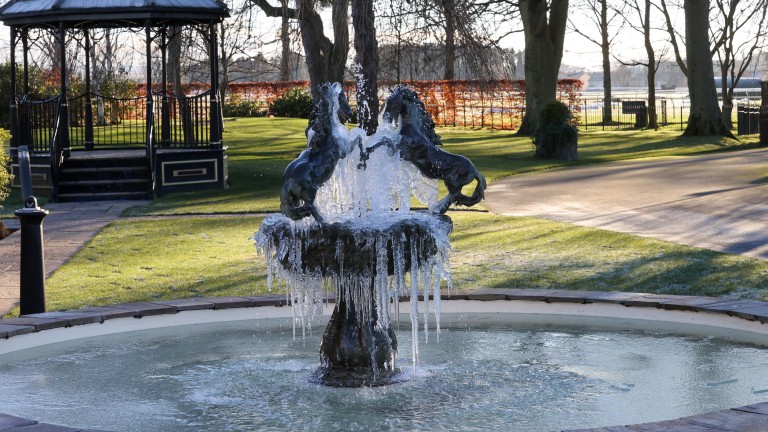 A water feature was beautifully frozen at Ayr, but Wednesday's fixture has been cancelled
John Grossick (racingpost.com/photos)

Clerk of the course Graeme Anderson said: "It's been -2C overnight and the forecast is much the same for the next two nights and it could dip lower. It's only getting up to 2C or 3C each day and we may even get snow this afternoon.

"It dropped to -6C on Saturday night and the track was frozen, even where we had sheets down.

"It's been frustrating but it's always the same at this time of year and it's hit and miss whether you have low temperatures or rain to deal with.

"We look ahead to our next meeting in two weeks [January 18] and the long-range forecast is more promising with a bit of rain expected next week."

FIRST PUBLISHED 8:06AM, JAN 4 2021
Based on the forecast and knowledge we've got at the moment – with the good covering of grass we have for the frost – we should be okay