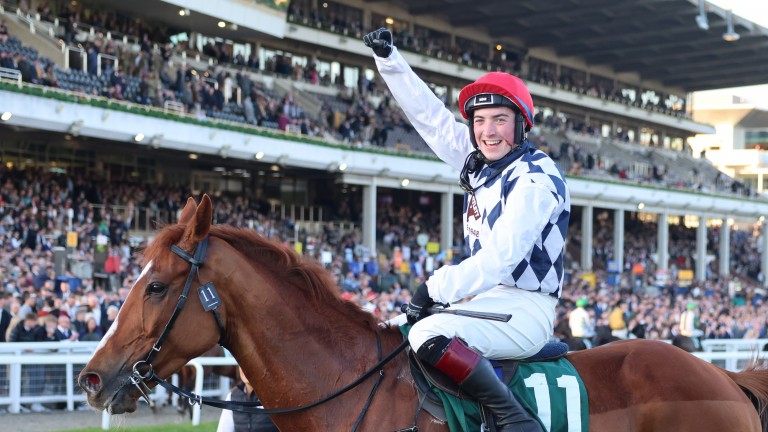 Mark McDonagh, the up-and-coming Irish conditional jockey who guided Banbridge to Cheltenham Festival success last season, is set for an extended spell on the sidelines after breaking his leg in a gallops accident.

The rider fractured his tibia and fibula on Saturday morning having only recently returned to race-riding following injuries sustained in a fall at Downpatrick on July 13.

That original fall, which came while he was leading in the Irish conditional jockeys' championship, saw him fracture his T9, T10 and T11 vertebrae, break three right ribs and puncture his left lung.

The promising 5lb claimer is likely to be absent until the spring due to his latest setback.

"Unfortunately it was an accident when riding a piece of work," said McDonagh. "It was a bit of a freak thing that couldn't have been expected, and the fall resulted in a broken tibia and fibula. 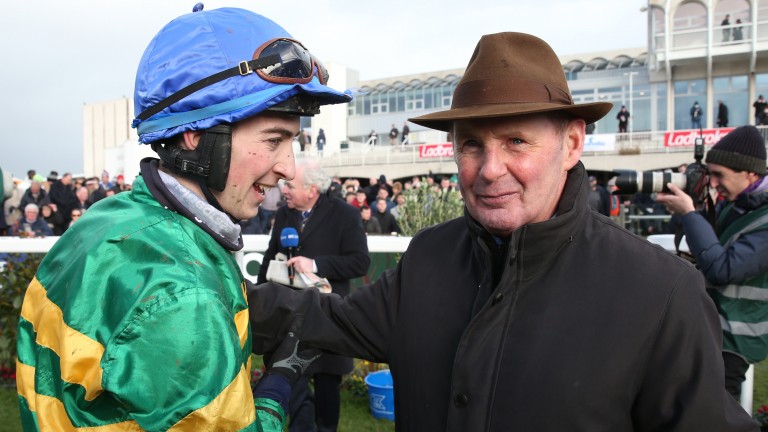 "Those in Tullamore Hospital were very quick to treat me on Saturday. I now have a rod and three screws in the bone.

"It's hard to know exactly when I'll be back as it will depend on how the recovery goes, but I'd imagine three months will be a realistic timeline for it. You want it to heal correctly."

McDonagh added: "I still had the conditional championship in the back of my mind when coming back from the time off earlier in the season but unfortunately this has happened – it's the nature of the game."

Last season was a breakthrough campaign for the 21-year-old. Despite being unable to use his claim in Graded company, he caused a 25-1 upset aboard Nell's Well to notch a first Grade 3 success at Cork in December and a lucrative win on Birchdale at the Dublin Racing Festival followed in February.

Victory in the Ulster National on the JP McManus-owned Spades Are Trumps in March came just two days on from plundering the Martin Pipe on Banbridge – McDonagh's first ride in Britain. 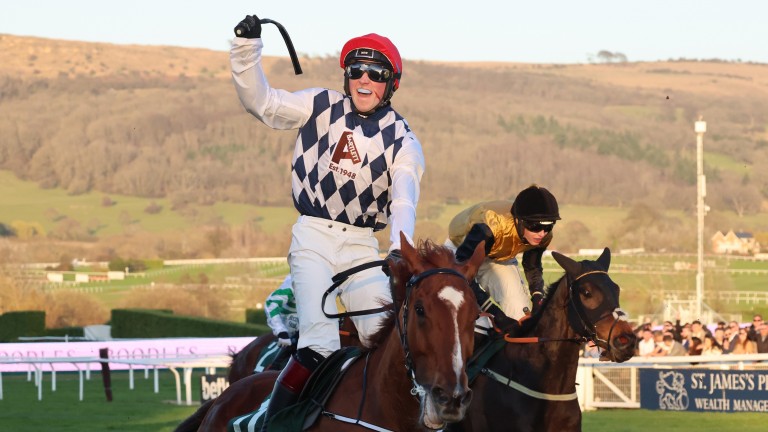 Mark McDonagh on Banbridge: "He was a very smart novice hurdler and Joseph [O'Brien] has done a brilliant job with him"
John Grossick (racingpost.com/photos)

"It's no surprise Banbridge has taken so well to fences," said McDonagh.

"He was a very smart novice hurdler and Joseph [O'Brien] has done a brilliant job with him. From his first start over fences at Gowran you could see how well he attacked them, and I think he'll go all the way. It's lovely to have been associated with a horse like him at one stage in his career."

A minor silver lining to McDonagh's leg injury is that he can now immerse himself in his studies, as he has been balancing a business degree at the University of Limerick alongside his riding career for almost four years.

"There'll be no excuses now," quipped the final-year student. "At least when I was riding I had some sort of fallback for my lecturers when juggling racing and the degree, but it's going to keep me busy for the coming weeks." 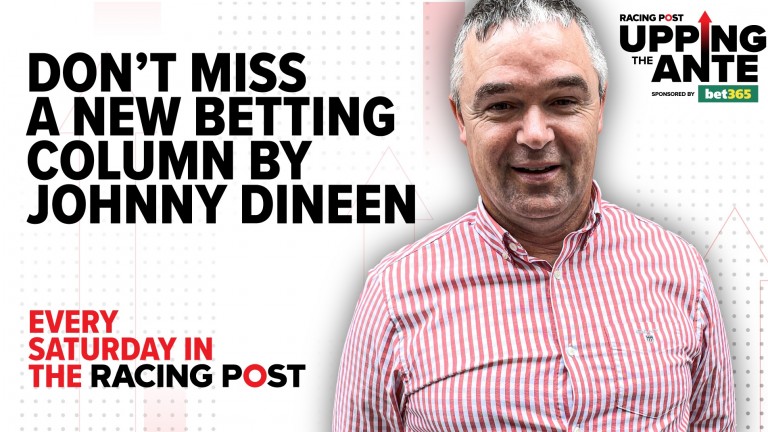 New Upping The Ante star Johnny Dineen joins the Racing Post roster for a weekly Saturday column throughout the jumps season. He'll offer a guide to the weekend action, highlight the key horses and races to watch and share his punting wisdom. Read it every Saturday in the Racing Post or online from 4pm every Friday, exclusively for Members' Club subscribers. Sign up to Members' Club here for more top jumps season insight.

FIRST PUBLISHED 7:00AM, NOV 24 2022
To their credit, those in Tullamore Hospital were very quick to treat me. I now have a rod and three screws in the bone

'He looks very special' - I Like To Move It set to tackle International Hurdle 'He's a very good horse' - high praise for consistent Darasso after Listed win 'He's in the form of his life' - who fancies their chances in the Drinmore? 'This is a suitable race for him' - Darasso takes aim at Listed chase We have an all-time great here - so why are we obsessing over the challenger? 'We hope he shows the world what he can do' - Facile Vega camp eye up big season