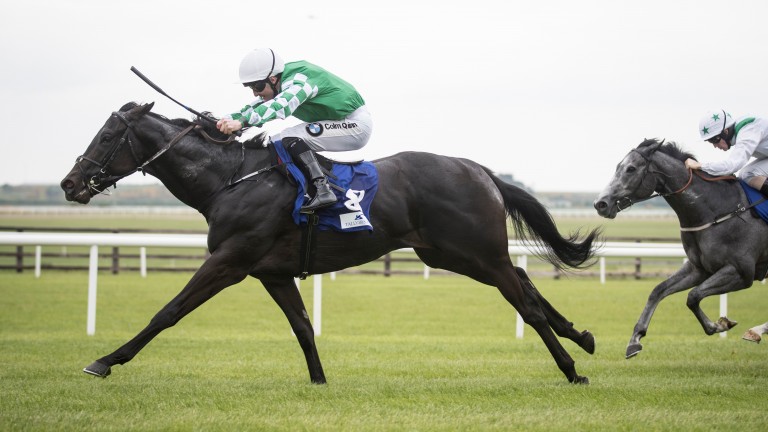 Indigo Balance heads to the Coventry Stakes at Royal Ascot on Tuesday after winning a Dundalk barrier trial and Curragh maiden
Patrick McCann
1 of 1
By Mark Boylan UPDATED 6:09PM, JUN 18 2018

The Jessica Harrington-trained juvenile Indigo Balance will bid to create a little piece of history in the Coventry Stakes at Royal Ascot on Tuesday.

If successful, the colt will become the first horse to win a Pattern race having contested a barrier trial in Ireland.

Irish Thoroughbred Marketing representative Jeremy Greene is pleased to see talent emerging from the new initiative, but he is also mindful that the purpose of these trials – to sell horses without racing under rules – is not bypassed in a bid to prepare horses to make a winning debut. 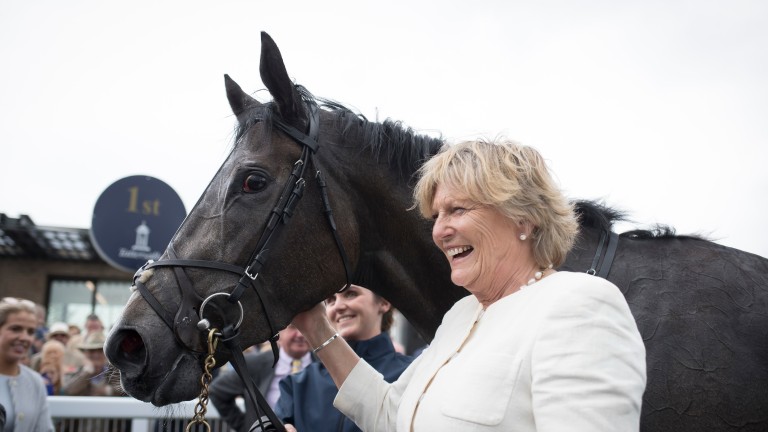 Dundalk played host to the first of the 'races' in early May. Two six-runner contests took place over five furlongs and Indigo Balance, who subsequently scored in a competitive Curragh maiden on debut, was one of the horses participating.

"I suppose it doesn't hurt to see one go to Royal Ascot but we're not doing them for horses to go out and win first time in maidens – we want to sell unraced horses," said Greene on Monday.

"The first one in May was just for people to see what they are. Hopefully they can see that they're good for education, with a couple of winners and placed horses competing under rules since, but we want to sell horses out of these without running in a maiden – primarily to Asia."

He added: "It's almost like the Flat equivalent of a point-to-point."

The two winners who have emerged from the trials are trained by Harrington, and she said: "I think they're a nice addition to the programme but jockeys have got to learn how to ride them, in terms of using them as a training exercise rather than a race."

Greene agreed with Harrington's premise, and said: "A lot of the lads who rode in the first lot of barrier trials hadn't experienced it before and they went off too quick.

"The idea was to go three-quarter pace down the back and then quicken entering the straight. The time of the second batch was slower and they all finished in a bit of a heap, but it was easy to see that Indigo Balance was by far the best.

"It's a visual thing really. All you need to do is run a fairly decent time on the bridle. After that we'll find a market for them. If they come off the bridle and miss the start then we can't sell them.

"We had one runner from the Dundalk barrier trials sold to Asia, but he unfortunately failed the vet on a scope."

The next batch of trials will take place on July 12 at Dundalk, with horses being recruited after Royal Ascot.

The prospect of barrier trials on turf has not been dismissed yet, with Greene adding of the initiative: "We'll see what numbers come out of the next batches – it may or may not work but we're trying our best."

FIRST PUBLISHED 5:00PM, JUN 18 2018
We want to sell horses out of these without running in a maiden - primarily to Asia. It's almost like the Flat equivalent of a point-to-point