'I'm as hungry as ever': Luke Morris reaches century for tenth successive year 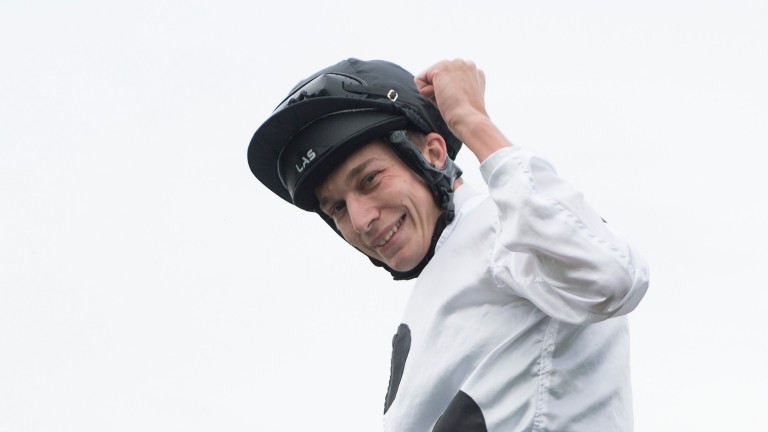 Luke Morris insists his will to win is as strong as ever after he achieved the remarkable feat of riding 100 British winners for the tenth year in a row.

Widely regarded as Britain's busiest jockey, Morris feared the condensed Flat season might prevent him from reaching the rare landmark, but he hit the century at Wolverhampton on Saturday night on the Ruth Carr-trained Athmad.

The 32-year-old, who rode his first winner in November 2005, paid tribute to his support team led by agent Neil Allan, who has booked his rides right from the start.

"I'm lucky to have a very hard-working agent and lots of people supporting me," said Morris. "Each year I set myself the target of riding 100 winners, but obviously Covid has made it extremely tricky this year and I'm delighted to be able to do it for the tenth consecutive year.

"I'm also quite fortunate as I have a full-time driver, which makes my life a lot easier, and I don't have any weight issues."

Morris, who averages roughly 75,000 road miles each year, has been rewarded for his hard work and longevity by clocking up some impressive figures on the track.

"I'm a very competitive person who enjoys riding winners and when I ride a winner I can't wait to ride the next one," he said. "It's such a competitive industry and I'm as hungry now as when I first started."

Morris comes from a family steeped in racing, with cousin Ryan Tate, uncle Jason Tate and grandfather Joe Tate all jockeys, and he has managed to remain relatively injury-free throughout his career.

Since the inception of the All-Weather Championships in 2013, Morris has been the all-weather champion jockey on three occasions and he has his sights set on another productive winter.

He added: "I've had quite a busy year and I'll take a short break at some stage, but I'll be working hard to drive in as many winners as I can and build up a good contact base for the start of the turf season."

Fitter than ever: Britain's busiest jockey still living life in the fast lane

FIRST PUBLISHED 5:30PM, NOV 16 2020
I'm lucky to have a very hard-working agent and lots of people supporting me