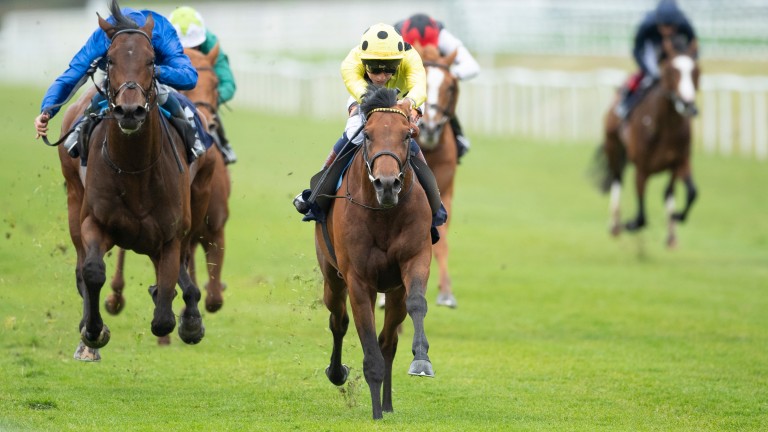 Third Realm: was an impressive winner of the Derby Trial at Lingfield this month
Edward Whitaker
1 of 1
By David Milnes UPDATED 8:17PM, MAY 27 2021

Roger Varian believes his pocket powerhouse Third Realm, whom he described on Thursday as "the coolest dude in the yard", has all the right attributes for Epsom as he gave a bullish update on the horse bidding to give the Newmarket trainer a first Cazoo Derby.

The Sheikh Mohammed Obaid Al Maktoum-owned colt was cut from 100-1 to a fraction of those odds after landing the Listed Derby Trial at Lingfield this month, a route High-Rise took in the same colours before enjoying Epsom glory in 1998.

Varian, whose previous best placing in the Derby was when subsequent St Leger winner Kingston Hill chased home Australia in 2014, thinks Third Realm, now a top-priced 14-1, has the key credentials that could see him go one better on June 5.

He said: “Third Realm has an outstanding attitude for the Derby or any big race. He’s not a flashy worker at home and he recovered very quickly after Lingfield. He has a professional way of racing and a great mind for the job. We’ve still to learn whether he has the engine to bring home the Derby, but he’s the coolest dude in the yard all right.” 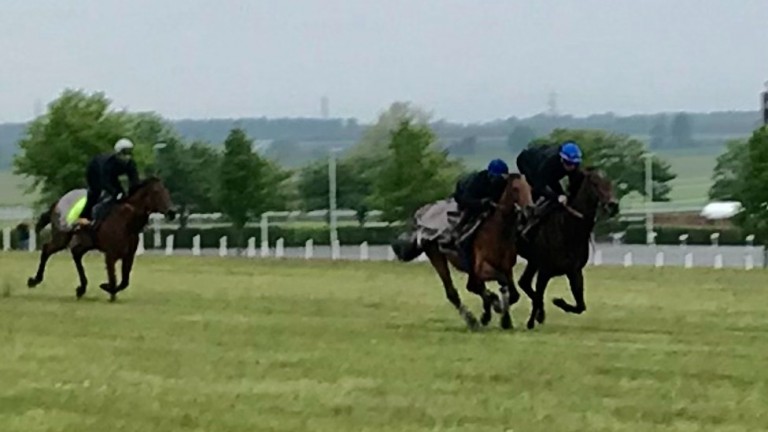 Reflecting on his Lingfield triumph when he defied odds of 14-1 to deny favourite and fellow Epsom entry Adayar with something to spare, Varian said: “He was drawn seven of seven that day, which was a bit tricky, but David Egan rode a clever race keeping him out of the stiff headwind down the back straight and came down the hill very well.

"What I was really impressed with was not the winning margin or not that he was in front two furlongs out but the ease in which he took himself into contention.

"He looked the best horse in the race at the bottom of the hill and if David had waited and produced him with a furlong to run he might have won even more impressively.”

Third Realm was having just his third start at Lingfield but had obviously progressed from his previous win in a 1m2f maiden at Nottingham and Varian is expecting further improvement in the Derby, for which the Aidan O'Brien-trained Bolshoi Ballet is the general 15-8 favourite.

He added of the son of Sea The Stars: “He’s not a big horse, he’s a neat horse. He’s very well balanced with gate speed and we’re confident he’ll get the trip. It was a test of the trip on soft ground at Lingfield and we’re confident he’ll be just as effective if it dries up at Epsom. Smallish horses have won the Derby before and we think he’ll suit the race. Andrea [Atzeni] was impressed with him when he rode him work yesterday."

Varian, whose previous best placing in the Cazoo Oaks came last year when Queen Daenerys finished fourth to Love, is likely to have three runners on Friday week, all of whom have been placed in recognised trials. 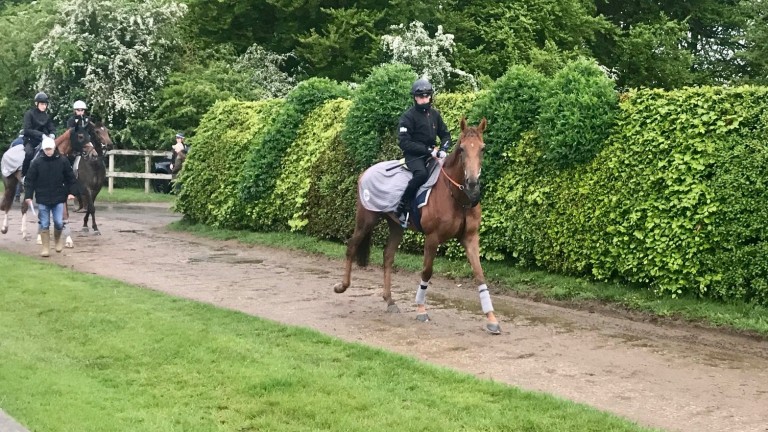 Jack Mitchell and Zeyaadah head out to work on the Limekilns

He said: “I was delighted with how Zeyaadah ran on her comeback when second in the Cheshire Oaks and you could have made a case for her having won if she’d got running early in the straight. I know Jim Crowley got a mighty feel off her that day and he was buzzing when he came in.”

The Shadwell Estate-owned filly is 7-1 joint third favourite for the race with another of Varian’s trio Teona, who is out to redeem herself after finishing third in a slowly run Musidora Stakes at York.

The daughter of Sea The Stars is likely to wear a first-time hood, which she wears at home, in the Classic after running too free early on the Knavesmire. 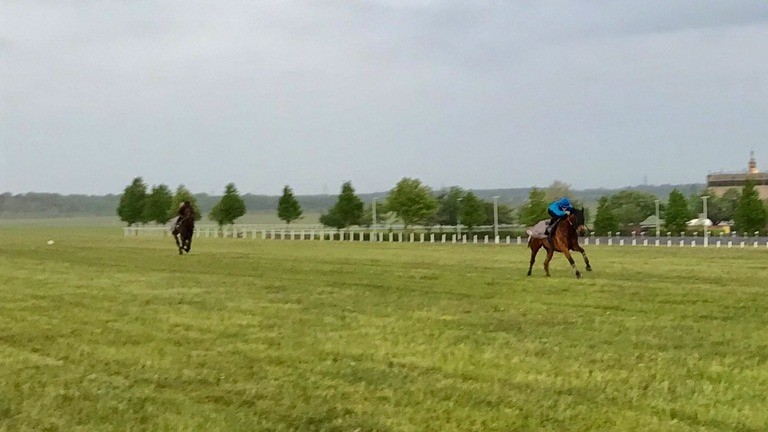 The Newmarket trainer said: “Teona is a big, strong, energetic filly who had a lot of fizz on the day at York. She over-raced a bit in the straight but I thought there were a lot of positives to take from the race. She’s trained very well since, but she’s extremely talented and hopefully she won’t make the juvenile mistakes she made at York."

The Carlburg trio is completed by 40-1 chance Save A Forest, who graduated from handicaps to finish second in the Listed Lingfield Oaks Trial.

Varian added: “I thought Save A Forest was going to win at Lingfield and however she runs in the Oaks it will be better than that as we don’t know her ceiling just yet as she shows us nothing at home.”

FIRST PUBLISHED 7:15PM, MAY 27 2021
Third Realm has an outstanding attitude for the Derby or any big race