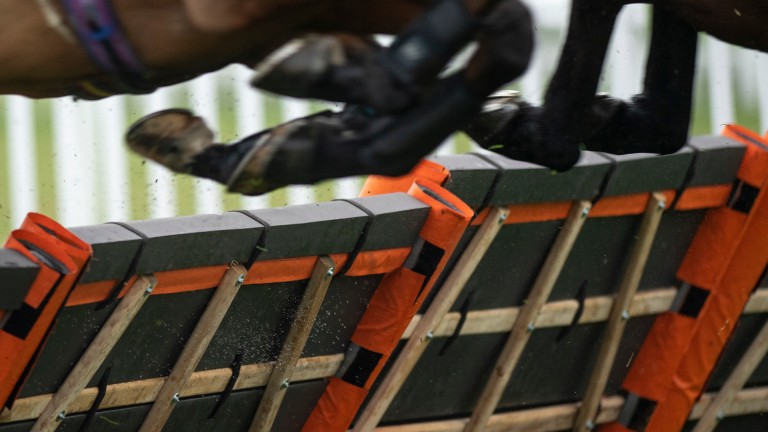 The BHA has announced the introduction of a minimum rating for horses running in Grade 2 races over jumps.

A minimum rating of 120 – and 110 for mares' races – will be required but will not apply to any Grade 2 contest restricted to novices.

The rating requirement, which emanated from a proposal from the Professional Jockeys' Association, will be included in race conditions from the start of next month and will be reviewed at the end of the 2021-22 season to assess its impact.

The Storyteller, winner of the Grade 1 Ladbrokes Champion Chase at Listowel last season, is set for a spell on the sidelines, Gordon Elliott said on Tuesday.

The 11-time winner, who has won more than £400,000 in prize-money, fractured his pedal bone when pulling up in the Kerry Group Chase at Listowel on Sunday.

The injury is not thought to be career threatening but it is enough to rule The Storyteller out for several months.

Elliott said: "The Storyteller is a yard favourite and unfortunately he fractured his pedal bone. It shouldn't be career threatening but he'll be out for a while now."

A celebration of the lives of Henry ‘Harry’ Moane, who sold hats on many courses in Britain and died last month, and his son Harry Pat will be held on Friday September 24.

There will be a requiem mass at St Peters in Chains Catholic Church in Doncaster at 9.30am, followed by an interment at Rose Hill Crematorium at 11am and a reception in the function suite at Doncaster Golf Club from 12pm to 3pm.

Flowers are welcome and should be sent to Steadman & Sons Funeral Directors, 3 Balby Road, Doncaster DN4 0RB. Donations on the day will be distributed by the family to St Johns Hospice, Western Road, Doncaster, DN4 8JS

The funeral of former jockey and trainer Bill Haigh will take place at 3.30pm on October 1 at East Riding Crematorium, Cross Road, Octon.

Pyledriver back in work

Coronation Cup winner Pyledriver returned to full work on Monday with William Muir eyeing the final Group 1 of the year in Europe as a next port of call for his stable star.

The four-year-old colt missed the King George at Ascot and Juddmonte International at York due to tenderness on a pulled muscle, but Muir has some exciting options for the winter, starting with the Grosser Preis von Bayern at Munich on November 7.

Campanologist was the last British-trained winner of the race for Saeed bin Suroor in 2010.

Muir, who trains in partnership with Chris Grassick, said: “Pyledriver started back in full work, he’s jumping out of his skin and fresh as paint. Everything is one hundred per cent and we’re going to have a meeting in two weeks’ time to discuss his winter plans.

“Germany looks a likely first port of call then we have Hong Kong, the Sheema Classic, Saudi and other big international races to look at through the winter.

“We’re not going to be ready for the Arc, which is a shame, but he’s had a break and we can now plan for the winter. There’s still plenty to go for and a lot more prize-money to be won with him.”

FIRST PUBLISHED 10:30AM, SEP 21 2021
The rating requirement, which emanated from a proposal from the Professional Jockeys' Association, will be included in race conditions from October

'He hasn't put a foot wrong and you'd have to say he's very exciting' 'She’s summered seriously well and working very nicely - she’s just brilliant' 'We all know how much she loves Cheltenham - her record is unbelievable' 'October clearly isn't my month' - another injury blow for Henry Brooke October meeting eyecatchers: five horses to follow from Cheltenham Eloise Quayle to take over as clerk of the course at Newcastle