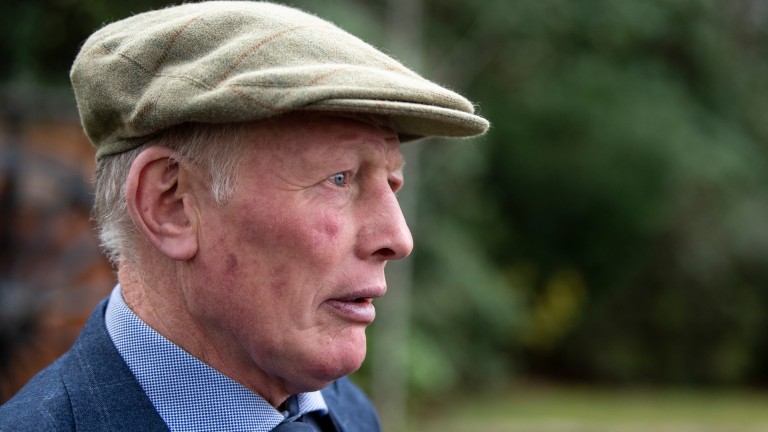 Gary Moore: multiple breaches of Covid-19 requirements at Goodwood according to the BHA
Edward Whitaker (racingpost.com/photos)
1 of 1
By James Stevens UPDATED 7:15PM, AUG 6 2020

Moore was ejected from the track last Thursday after being spotted by racecourse staff in the owners' area near a champagne bar. In the hearing, he claimed he was leaving the racecourse and abiding by the rules.

Moore was excluded from all courses in Britain for a week before the disciplinary hearing, which was the first relating to a breach of the BHA's coronavirus rules. He is permitted to attend a racecourse again from Friday.

The BHA's head of regulation, Andrew Howell, submitted a case of multiple breaches of Covid-19 requirements to follow all racecourse signage and obey the instructions of staff and officials, and to avoid areas of the racecourse unrelated to your role.

Moore was told to exit the owners' area after watching his first runner of the day, Junkanoo, win the Unibet You're On Handicap at 50-1 from the March grandstand, sectioned off for essential raceday staff. The trainer stated it was his regular spot and he was unaware the area was restricted. 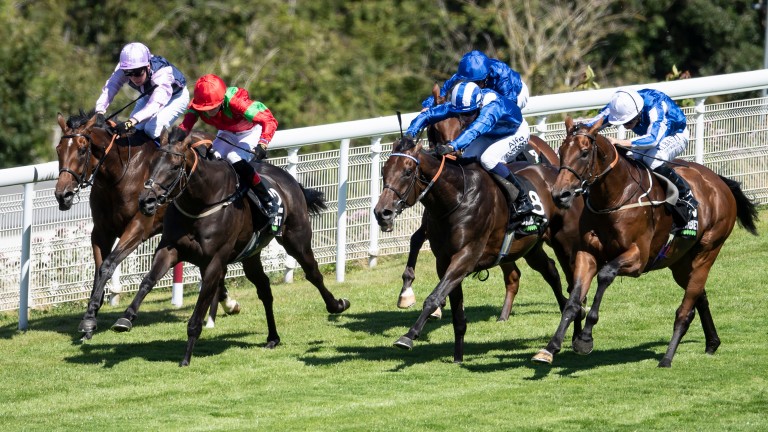 In the BHA's submission, the Sussex-based trainer was also asked to leave restricted areas on four other occasions. After his last runner, Relative Choice, in the 4.55, Moore was spotted with two people by racecourse officials, who said he "walked briskly away" when seen. Moore then had his wristband seized and was ejected from the racecourse.

In Thursday's hearing, the trainer said he was on his way to the exit of the racecourse and unaware that he was in the owners' zone. Moore also argued the rope separating the owners' areas was confusing and made clear his actions were not deliberate and he was not intending to access the restricted areas at any point.

During the hearing, which took place over Zoom, Moore spoke out about his treatment by Goodwood and BHA officials. He described the process as a "gross exaggeration", adding that he felt he was being made an example of and other trainers were also upset by officials.

The BHA put forward a suggestion of a three-month exclusion from the racecourse for Moore, but the panel decided to give him a £750 fine. Moore did not want to comment when approached by the Racing Post.

A BHA spokesman said: "It's of critical importance that all of the raceday guidelines and protocols are closely adhered to, including the restrictions around moving between racecourse zones.

"This is primarily to help reduce the risk of potential spread of the virus and keep people safe. But it’s also to limit that risk that lots of people attending a race meeting are told to quarantine for 14 days by the NHS Test and Trace team in the event of a positive test for someone present. If the zones aren’t kept separate, that number would be much higher and could include participants and owners, as well as spectators once they are allowed to return. 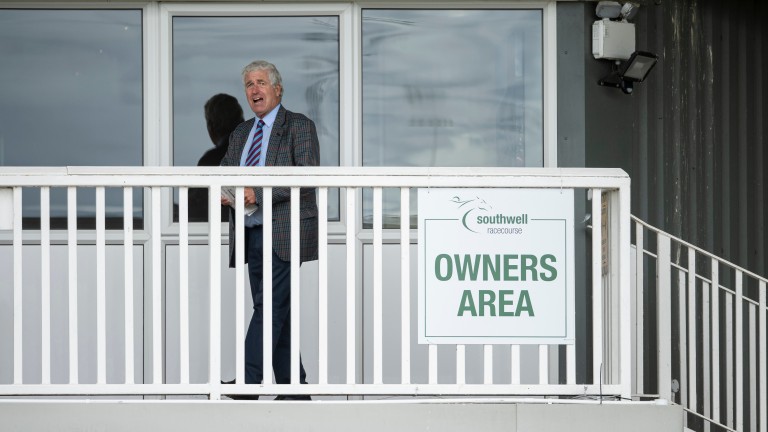 Owners' area: in place across racecourses in Britain to mitigate against mass spreading of coronavirus
Edward Whitaker (racingpost.com/photos)

“Moreover, in the longer term, the work that is ongoing to reintroduce spectators – and of finding ways to improve the ownership experience and interactions with horses and trainers – depends on maintaining the confidence of public health authorities in our controls.

“Racecourse attendees have, generally, been exceptional at observing the protocols since resumption on June 1, for which we are grateful, but we cannot allow standards to slip as the consequences are potentially too great. If necessary the sport will not hesitate to take action against those who do not follow the published protocols.”

The BHA reaffirmed coronavirus regulations to racing's participants on Thursday, stressing the potential danger of movement between separated zones on racedays.

Zones are in place to avoid potential mass spreading of the virus. If a participant tests positive, a 14-day quarantine for all those in that zone may be enforced and, if the zones break down, every attendee could have to isolate.

Dr Jerry Hill, the BHA’s chief medical adviser, provided three key steps aimed to "keep racing on track" following fears of a 'second wave' of the virus in Britain. The three steps are to follow all social distancing regulations, avoid crossing into different zones and to update the BHA of any positive Covid-19 cases within racing.

FIRST PUBLISHED 7:00PM, AUG 6 2020
It's of critical importance that all of the raceday guidelines and protocols are closely adhered to