Perth releases tickets to public for first time since 2019 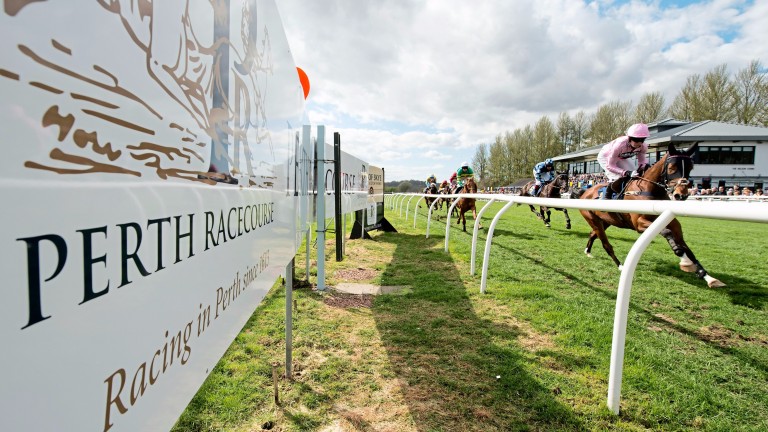 Perth: track will host a small number of racegoers in a park and picnic bubble area
Edward Whitaker
1 of 1
By Racing Post staff UPDATED 11:01AM, JUN 13 2021

Perth is set to welcome back general admissions for the first time in nearly two years with tickets on sale for Saturday's afternoon fixture.

The track hosted some annual members on Perth Gold Cup day on June 6 and is progressing with the next stage of the phased return of racegoers.

A small number of spectators will spend the afternoon in a new park and picnic bubble area, with tickets available at £100 per car.

Perth chief executive Hazel Peplinski said: "The park & picnic bubble offer takes advantage of the huge open space we have in the middle of the course to allow racing fans to enjoy live sport whilst Perth and Kinross is still in Level One whereby we are required to physically distance by two metres.

"The number of tickets we can accommodate is still very restricted and shall be sold on a first come first served basis with every customer agreeing to a code of conduct prior to purchasing.

"It is up to all ticket holders to support us with full protocol compliance so that everyone can enjoy the racing in the knowledge that they are at minimal risk. We continue to move our plans forward cautiously in the hope that restrictions are lifted for the second half of our season."

Tickets for the fixture on June 19 can be purchased here.

Broadcasters representing Portugal, Turkey and Cyprus are among the latest additions to the long list of Royal Ascot's television partners.

HBA Media has secured those deals and continued existing agreements with organisations that will bring the royal meeting's 35 races to audiences far and wide, including in Australia, India and Russia.

Ascot commercial director Felicity Barnard said: "As the global interest in Royal Ascot continues to grow, we are delighted to agree this level of exposure around the world for those wanting to watch and engage with the meeting."

Trainer Stephen Mahon has lodged an appeal against a four-year ban relating to neglect issues arising from recent inspections at his yard, the Irish Horseracing Regulatory Board confirmed on Thursday evening.

Mahon's penalty, which is said to be the longest suspension ever imposed on a trainer in Ireland, was the second he has been handed over a horse welfare-related issue, having been banned for four months and fined €1,000 in a case involving Pike Bridge in 2008. 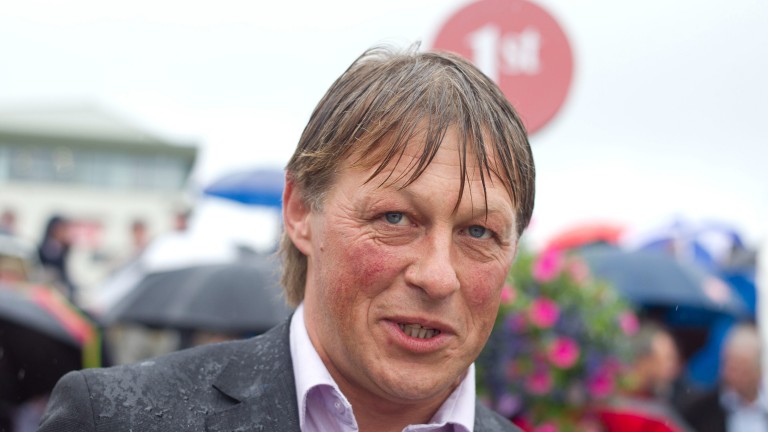 Details of the current case were revealed by the IHRB last week after the referrals committee found Mahon in breach of regulations relating to the welfare of horses under a trainer's care, the registration of staff and bringing racing into disrepute.

The committee's verdict does not prevent the Galway trainer from earning a livelihood from the industry for the duration of his suspension.

Details of when the appeal will be heard have yet to be released.

William Hill has become the new sponsor of Newcastle's three-day Northumberland Plate Festival, the highlight of the track's summer calendar.

The meeting, held this year from Thursday, June 24 to Saturday, June 26, is headlined by the £150,000 Northumberland Plate, Europe's richest two-mile handicap.

The deal will see William Hill assume race sponsorship of the meeting's other feature contests and for all seven races on Saturday’s card.

Paul Elliott, executive director of Newcastle racecourse, said: "We're delighted to welcome William Hill as headline sponsor for the Northumberland Plate Festival. The meeting is a real highlight of the racing calendar at Newcastle and is one of the biggest sporting events of the year in the area."

After Tuesday's scratching stage, 91 horses remain in contention for the Northumberland Plate with William Hill making the George Boughey-trained Lostwithiel the early 11-1 favourite. The bookmaker will pay six places for the race, which has a maximum field size of 20.

Retraining of Racehorses will hold its national championships at Aintree Equestrian Centre on August 26-29 under new headline sponsorship from the Jockey Club.

Entries for the 77 classes opened on Tuesday for the largest annual event exclusively for retired racehorses – which was cancelled last year due to the coronavirus pandemic – and will close on August 1.

Di Arbuthnot, RoR chief executive, said: "We are delighted that RoR's relationship with the Jockey Club will enter a new phase in 2021 with a new three-year deal in support of our national championships. After the cancellation of last year's event due to the pandemic it will be wonderful to be back at Aintree in August."

The five-year-old disappointed when third in the Henry II Stakes at odds of 4-5 last time and will be given more time to recover from that run. He will instead go for the £500,000 Al Shaqab Goodwood Cup on July 27.

Teal said: "We had a tougher race than we hoped at Sandown so we thought we'd freshen him up and go to Goodwood. It was like a glue-pot at Sandown and, unlike him, he finished distressed. We had a chat with the owners and we said we'd be brave and miss Ascot.

"Goodwood might suit him better, he's been around Cheltenham so the undulations won't affect him."

FIRST PUBLISHED 7:38PM, JUN 7 2021
We continue to move our plans forward cautiously in the hope that restrictions are lifted for the second half of our season