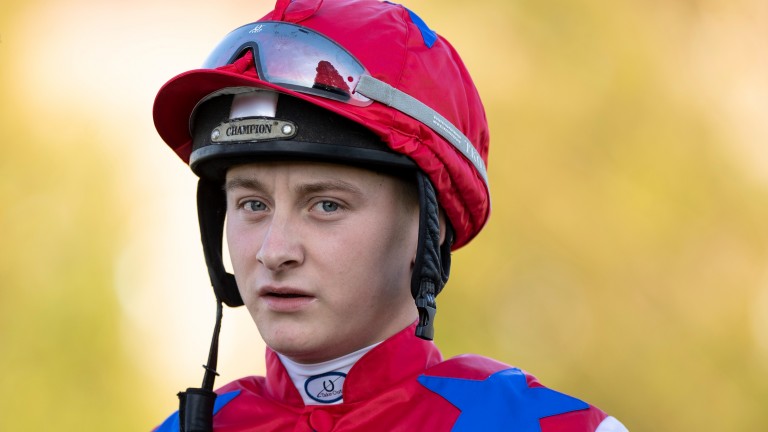 Cieren Fallon is taking inspiration from his father's shock 2,000 Guineas success on Night Of Thunder as he prepares for a first Classic of his career aboard Les Hogues on Sunday.

Night Of Thunder stunned Kingman to land the opening Classic in 2014 at odds of 40-1 but Fallon junior's mount in the Qipco 1,000 Guineas is much more fancied and is a general 16-1 chance.

The George Baker-trained filly raced in France last year and the form of her neck second in a Group 3 at Maisons-Laffitte, when last seen in October, was given a big boost on Monday when the horse that beat her, Dream And Do, won the French Guineas.

Cieren Fallon's father, Kieren, sprung a surprise in the 2014 2,000 Guineas aboard Night Of Thunder

Last season's champion apprentice begins his campaign at Yarmouth on Wednesday and said of his Classic mount: "Her form has been boosted with the winner of the French 1,000 Guineas. It was on heavy ground that day but we don't think she'll mind it a bit quicker and there's a bit of rain forecast.

"It's an exciting opportunity and it'd be nice if we could be placed.  I've got a few butterflies and I'm a little bit nervous but after all it's another ride in another race.

"I spoke to dad after and he reminded me of Night Of Thunder, he said 'you're on the outsider so you're not expected to win, but nobody expected Night Of Thunder to win'. So we'll see what happens."

Fallon is looking forward to a big week which will see another milestone achieved when riding Portland winner Oxted in the Betway Abernant Stakes on Friday, it will be his first ride in Group company. 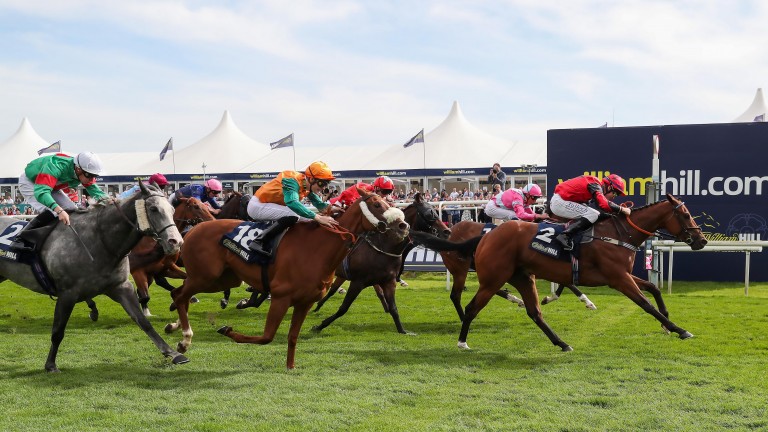 Fallon added: "The goal this year was to try and ride better horses and go in the bigger races and I'll have my first ride in a Group race on Friday with Oxted in the Abernant. That was really good news and then I got the call to find out I'd have my first Classic ride, which is really exciting.

"I've been keeping really busy during lockdown riding five lots a day from Monday to Sunday. I've also been up in the Racing School with Michael Hills and biking too. I'm looking forward to getting going now.

In the blood: how Cieren Fallon made an instant impact from a standing start

Cieren Fallon: I was planning to target champion apprentice title in 2020

Dream And Do delivers first Group 1 for Frederic Rossi in French 1,000 Guineas

FIRST PUBLISHED 7:00AM, JUN 3 2020
I've got a few butterflies and I'm a little bit nervous but after all it's another ride in another race

Talking points: Classic domination, golden oldies and the benefit of a high draw Magical odds-on for winning return on ITV4 as Fred Archer field reduced to four Analysis and insight on the Fred Archer Stakes with well-fancied pair withdrawn Hills hoping for another Carnarvon win with Fleeting Prince One key runner to note for each of ITV's seven races on Saturday Can Limato do it again? Analysis and insight on the Criterion Stakes