Cheltenham Festival-winning jockey Jack Sherwood has decided to retire at the age of 27 due to lack of opportunities and a gradual disillusionment with the sport.

During a career spanning almost ten years, Sherwood, the son of Ludlow’s clerk of the course Simon Sherwood, partnered 63 winners under rules and a further eight in points, but last term yielded a disappointing tally of two victories from just 77 rides. 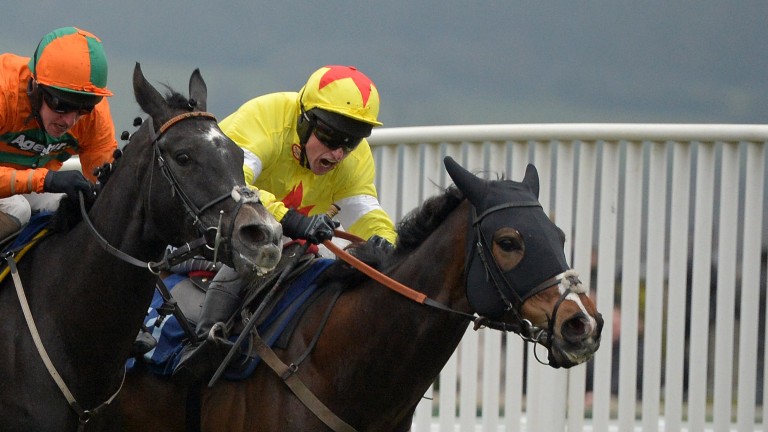 Sherwood said: "It’s hard to walk away from something you love but I've reached a certain age and the riding is not going in the right direction, and packing it all in is something I've had in the back of my head for a little while.

Will miss you in the weighing room @Jack_Sherwood grew up riding together , but best of luck with everything in the future! https://t.co/2hWYsTb3zK

"Last season I just became a bit disillusioned with the whole thing and you just get to a point when you think there's no logic in continuing down the same old path. I consider you've got to be 100 per cent driven in anything to do well, and if it’s only around 50-50 or so then there's not a lot of point in keeping up the pretence."

Reflecting on his career, Sherwood said: "I've had some really great times riding and I want to say a massive thank you to Paul Nicholls for giving me so many chances when I was lucky enough to be based at his yard. Without him the big-race successes aboard the likes of Ibis Du Rheu, Silsol and Present Man wouldn't have happened."

As for the future, he added: "I'd like to stay in racing if the right job came along but, in all honesty, it’s an open book as to what I do next and I'm looking at all options.

"I intend to make a clean break for the next few months and weigh everything up before making a firm decision."

Nicholls expects Sherwood to make a success of any new career and said: "He's got a lot to offer someone for the future. He's a young man, he'll get his head down and do something and do it well.

"He's an intelligent lad and he rode some nice winners for us. He got on well with Silsol, Present Man and Rocky Creek and he did really well on Ibis Du Rheu, winning the Martin Pipe at Cheltenham.

"I texted him and said, 'You should be proud of what you achieved, it's not an easy game'. He rode a Cheltenham winner and not everyone does that."

FIRST PUBLISHED 12:50PM, JUL 2 2019
You just get to a point when you think there's no logic in continuing down the same old path