Latest ALL HANDS ON DECK 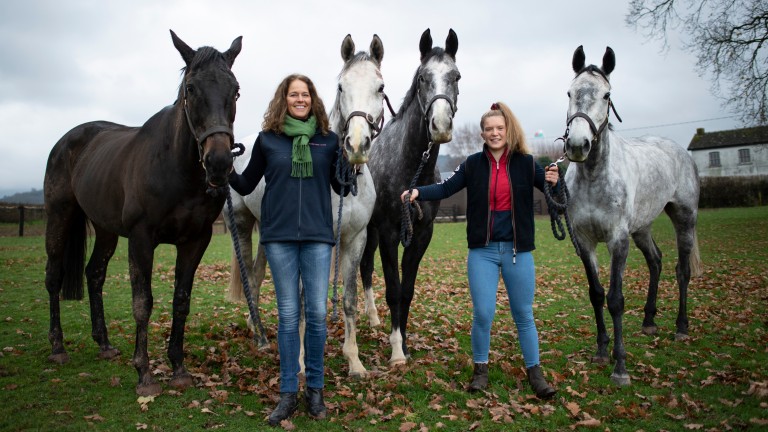 Racing can be an uphill battle at times, but the twin threats of Covid-19 and injury have essentially reduced the Sheila Lewis team to nil.

Lewis was unable to go racing at Sandown on Friday to saddle Volcano due to a positive test for Covid, and things got a whole lot worse when the grey took a heavy fall in the opening amateur riders' handicap chase, leaving her sole member of staff Katie Powell requiring hospital treatment.

Powell will need an operation to fix her broken collarbone.
That could have put an end to stable star Straw Fan Jack's trip to Aintree today for the £30,000 handicap hurdle (3.15) which concludes the card, but for the intervention of Lewis's daughter Jody, whose day job has rather more to do with human care than equine.

"Katie's broken her collarbone and she was released last night," said Lewis on Saturday. "She's at home and she's fine, she's just going to have to have an operation in the next couple of weeks on it. It's not great, but it could have been a lot worse."

Straw Fan Jack won by 30 lengths as a novice at Aintree at this meeting last season and, having just been touched off at Cheltenham's October meeting, was last seen when finishing midfield in the Greatwood Hurdle. 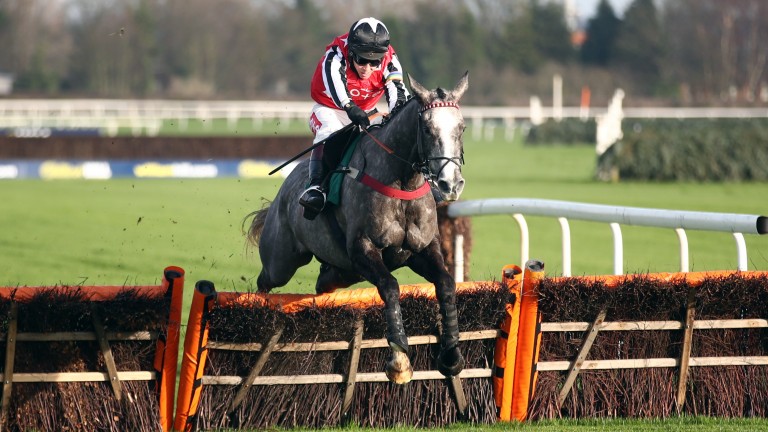 One year on: Straw Fan Jack returns today to the site of his 30-length romp
Pool

Lewis said: "I'm a two-man team. Katie's broken her collarbone and I've got Covid. My daughter Jody is a nurse in London's Harley Street and she came home for the weekend.

"She has gone with Straw Fan Jack along with my husband, who doesn't really like racing so much but doesn't mind the social side of it."

Lewis, who gained fame last October when saddling a three-timer while running a beauty salon, expects to be given the all-clear to leave isolation next Friday or Saturday.

She said of her own health: "For the first few days I didn't feel great, but I'm all right. It just stresses you out, days like yesterday, when it's just the two of you. But I got up and plaited Straw Fan Jack this morning and loaded him up on the box. I've left my husband and daughter to do everything at the other end.

"As long as the saddle ends up the right way round on the horse, we'll be all right."

ITV Racing tips: one key runner from each of the eight races on ITV4 on Saturday