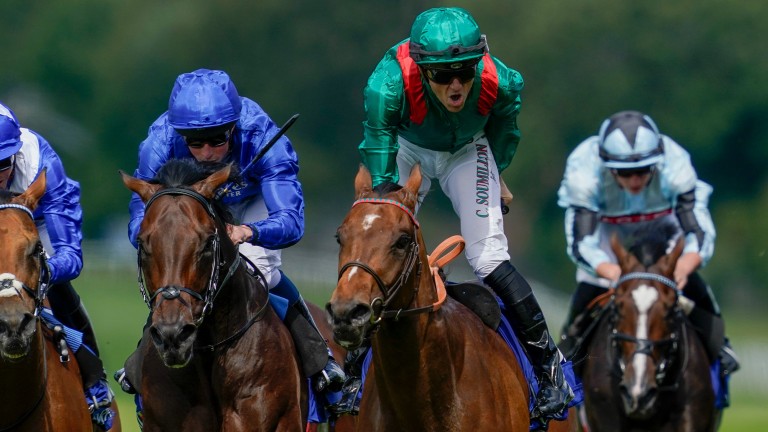 Christophe Soumillon: rider will appeal against the ban he received for his ride on Vadeni
Alan Crowhurst (Getty Images)
1 of 1
By Matt Rennie UPDATED 12:42PM, JUL 5 2022

Christophe Soumillon will appeal against the lengthy ban he received for careless riding when celebrating Vadeni's win in the Coral-Eclipse at Sandown on Saturday.

Soumillon was suspended for 12 days after causing "considerable interference" to Native Trail and Lord North, according to the BHA stewards report, after allowing Vadeni to drift right when making a celebratory gesture following his neck victory in the 1m2f contest.

That left Native Trail, who finished third, short of room and forced William Buick to take a check, which resulted in James Doyle taking a significant check on fourth-placed Lord North on the inside rail to avoid clipping heels with Native Trail.

Having initially admitted the incident was his fault following the race, Soumillon confirmed to the Racing Post that he will attempt to reduce the ban, which is set to run from July 16-27. 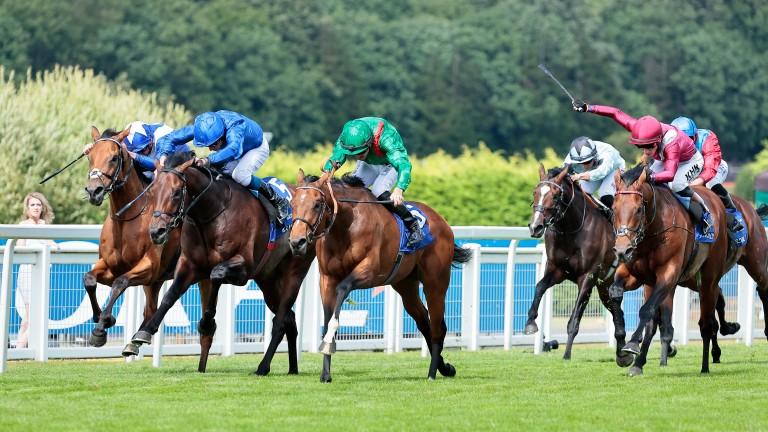 In a statement released by Dave 'Shippy' Ellis, who handles Soumillon's bookings in Britain, he said: "I wish to lodge an appeal against the severity and length of the ban imposed on me by the Sandown Park stewards following the running of the Eclipse at Sandown on July 2."

Speaking after Vadeni had become the first French-trained horse to win the Eclipse in 62 years, Soumillon said: "I didn't see William Buick and James Doyle on my inside and the horse just shifted to take the corner.

"Like I said to the stewards, that's my fault. I shouldn't have celebrated first and made sure I didn't put them in trouble at that point."

Vadeni's success in the Eclipse under Soumillon was the first for France since Javelot in 1960, while it was also a first success in the race for trainer Jean-Claude Rouget.

The Belgian is the second jockey to appeal a careless riding ban from the weekend after Robert Havlin told the Racing Post on Monday he will attempt to get his controversial five-day ban from Free Wind's Lancashire Oaks win overturned.

Soumillon would not comment further when contacted by the Racing Post on Tuesday on the advice of his lawyers.

FIRST PUBLISHED 9:49AM, JUL 5 2022
I wish to lodge an appeal against the severity and length of the ban