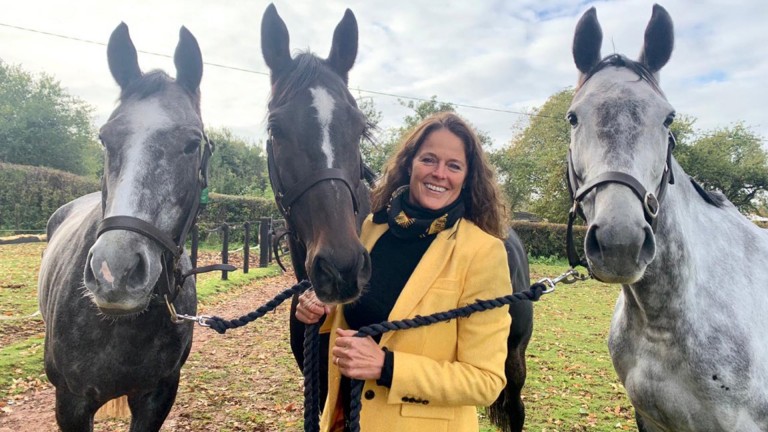 Sheila Lewis: all smiles with her three winners at Hereford that initiated a remarkable run of form
@thebeautymill
1 of 1
By Jack Haynes UPDATED 11:05AM, OCT 27 2020

Beauty and the beasts describes Sheila Lewis’s working career and with her salon closed due to lockdown the trainer has been relying on her stable of eight. They have duly delivered.

Lewis, based in Three Cocks, Brecon, has enjoyed a remarkable five winners from five runners in the last fortnight and Volcano bids to extend the streak in the 2m4½f novice handicap chase at Bangor on Tuesday.

The dream run began two weeks ago at Hereford where Lewis enjoyed the best day of her career with a first double quickly turning into a first treble.

Lewis said: “I’m on cloud nine and I’ve been in disbelief that it’s all  happened at once. We went to Hereford thinking they all had chances, but you say each-way chances to be on the safe side!

“For Straw Fan Jack to win was great as that was a novice hurdle and I’m normally dealing with handicappers. It’s nice when it all comes together, so I was jumping up and down after that, then Knight Commander won and after Cotton End won I couldn’t believe it. It was like they had been talking to each other in the stables beforehand!" 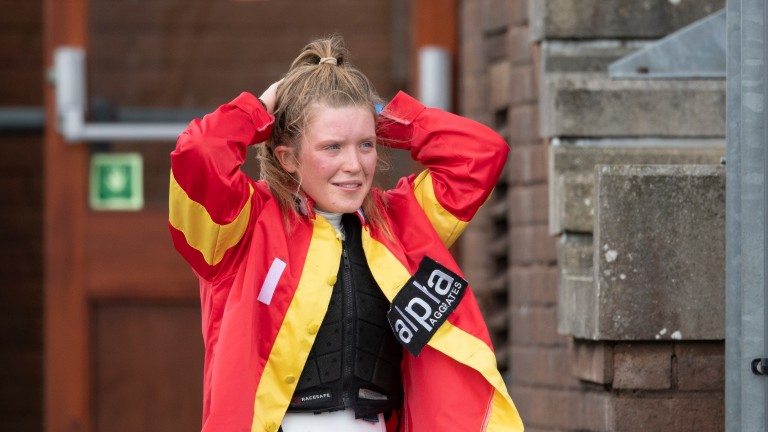 Katie Powell: two winners from two rides for the amateur jockey in her first week in the saddle
Edward Whitaker

Last week Lewis unleashed her secret weapon in amateur Katie Powell, a former junior gymnast for Wales who struck on her first two rides under rules on Knight Commander at Exeter and Stupid Cupid at Ludlow.

Powell, 18, bids to extend her record to 3-3 on Knight Commander in the conditional and amateur riders’ handicap hurdle at Taunton on Wednesday.

Lewis said: “Katie is a great kid and a farmer’s daughter, so she’s tough and knows what it’s like to graft. She’s a really talented rider, very well balanced and so determined.

“I never doubted for a minute that she wouldn’t be great. I’m not someone that’s quite bolshie about things but with Katie I feel she’s quite special. She’s got everything.” 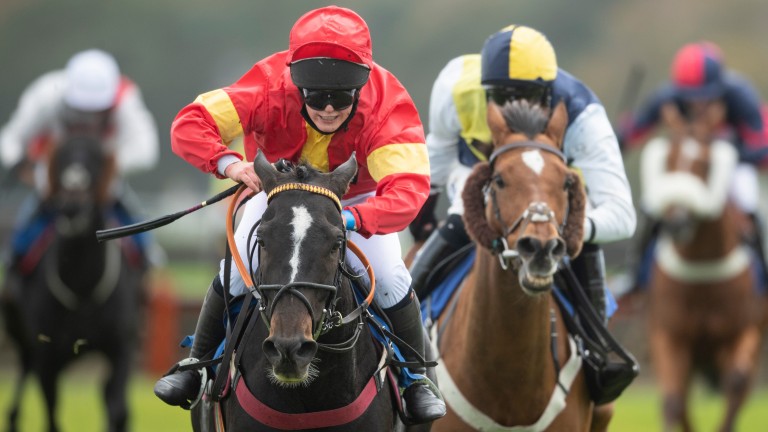 The Beauty Mill – Lewis’s salon – was closed for five months due to Covid and last Friday its doors were shut for another two weeks due to lockdown in Wales. In a roundabout way it has paid off.

Lewis said: “My salon is open four days a week and in normal times I’d be in the yard for six, Katie and I ride out four lots, then I head to the salon for 11, have a busy day there, finish up at six and head back to the stables to sort the horses out at night.

“The salon closed from March through to July due to lockdown, so it gave me a lot of time to give to the horses and it’s paid off. The salon reopened in July and I was taking around a third of what I normally would with people not coming in and no weddings and holidays, so whereas the salon has tended to prop up the horses it’s now gone the other way round, which I never thought would happen.

“I’d love to expand, have more horses and attract some more nice owners."

So can Volcano, owned by Lewis’s father Brian Davies, make it a super six?

Lewis said: “He lost his form last season but he’s a different horse this time around. He ran well on his return at Ffos Las and will have come on for that. I’m quite positive that going over fences will set him alight.

“Six winners in a row would be ridiculous but would mean everything to me. I always celebrate my winners with some gusto – I’ve been doing so much celebratory drinking lately that I’m not sure my kidneys could take any more!”

FIRST PUBLISHED 11:17AM, OCT 26 2020
Six winners in a row would be ridiculous but would mean everything to me