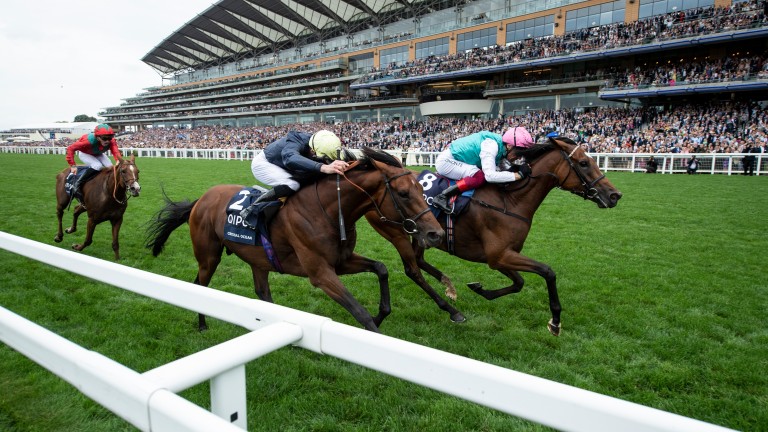 Ascot has become the latest racecourse to announce a cut in prize-money for one of its showpiece races with the King George VI and Queen Elizabeth Qipco Stakes on July 25 worth £400,000 rather than the original £1.25 million.

The impact of the Covid-19 crisis means the Group 1 contest, that is set to feature Enable attempting to complete an unprecedented three wins in the race, joins the likes of the Investec Derby and Juddmonte International in offering a much-reduced prize fund.

However, Ascot emphasised the executive contribution it is still making to prize-money, an issue which has provoked much criticism of racecourses from the Horsemen's Group.

Ascot's director of racing and public affairs Nick Smith said: "With the deeply appreciated support of our official partner and race sponsor, Qipco, we will be running this year's King George at £400,000.

"In doing so, we're maintaining our policy of contributing significant executive contribution to our flagship races which began with £1.7 million being added across the Royal Ascot programme.

"We're paying executive contribution for all Pattern and Listed races, including approximately £250,000 for the King George after estimated owners' stakes."

The Berkshire course also said it will maintain entry fees as 1.25 per cent of the fund rather than the new limit of two per cent for Group 1 races.

Smith added: "This mirrors the policy for Royal Ascot where entry fees were maintained at the 2019 percentages at all race levels.

"We wish to make entering as appealing as possible for owners across the spectrum at a time where, unavoidably, prize-money nationally is having to be reduced significantly without paying crowds.

"In our case, 70 per cent of annual income comes from racegoers' attendance and spend. All Ascot races will have previous standard entry fees in 2020."

Ascot and York are both part of the large independent group of racecourses, which also includes Goodwood, and it is understood that by the end of next month they will have made a £5m executive contribution to prize-money between them.

The Horsemen's Group has criticised racecourses for cutting their executive contribution to prize-money while the sport operates under an emergency fixture list.

Read more if you liked this:

Juddmonte International prize-money cut to £275,000 as York prepares to return

FIRST PUBLISHED 1:34PM, JUL 10 2020
We're paying executive contribution for all Pattern and Listed races, including approximately £250,000 for the King George