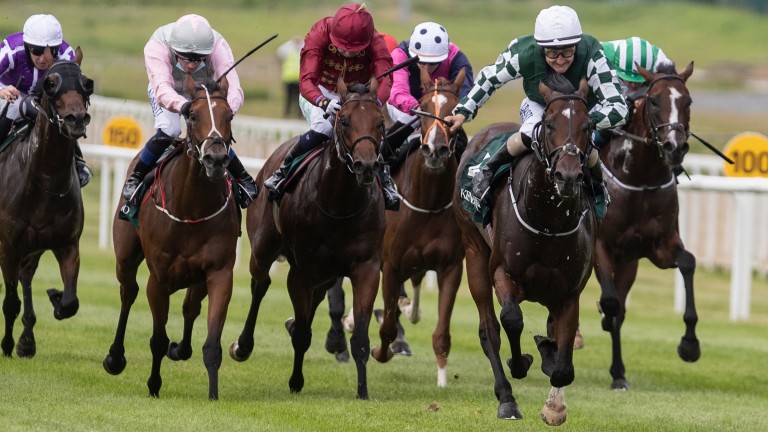 The Lir Jet (maroon) was promoted to second over Aloha Star (pink) following a stewards' inquiry to the Keeneland Phoenix Stakes
Patrick McCann
1 of 1
By Mark Boylan UPDATED 6:27PM, AUG 10 2020

Connections of Phoenix Stakes third Aloha Star have lodged an appeal against the stewards' decision to demote her from second spot in Sunday's Group 1 feature, with a date for the hearing to be finalised over the coming days.

The Fozzy Stack-trained two-year-old proved her 33-1 Group 2 success in the Airlie Stud Stakes was no fluke when finishing second past the post under Chris Hayes at the Curragh, but the placings were revised following a stewards' inquiry that saw The Lir Jet promoted to second.

A short head separated the pair at the line after a duelling battle in the closing stages, with the Starspangledbanner filly shifting to her left and deemed to have intimidated Michael Bell's Norfolk Stakes winner.

Hayes also received a one-day ban after the stewards felt he failed to take reasonable steps to avoid causing interference. 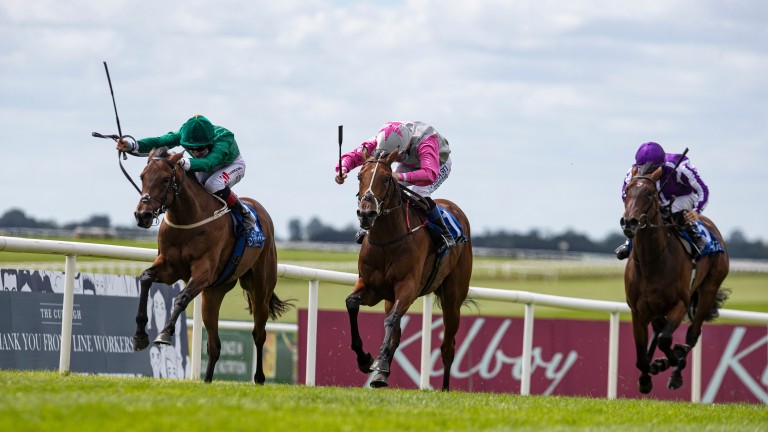 Speaking on Monday, Stack told the Racing Post: "We've lodged an appeal this morning. She ran a great race and has come out of it well so we'll see what happens."

Regardless of the appeal's outcome, Aloha Star surely enhanced her value with the placed effort, a timely boost for connections as she is entered in the Tattersalls Online August Sale which runs from Wednesday to Friday.

Stack explained: "We'll see how things go, but if she was bought by somebody who would keep her with us, I'd imagine she'd go for the Cheveley Park Stakes next."

The Tipperary-based handler also saw his 80-1 outsider Bubbles On Ice finish a highly creditable sixth in the Phoenix.

He added: "Bubbles On Ice is a smart filly and we were happy with her. She'll appreciate going back up in trip."

FIRST PUBLISHED 4:54PM, AUG 10 2020
We've lodged an appeal this morning. She ran a great race and has come out of it well so we'll see what happens