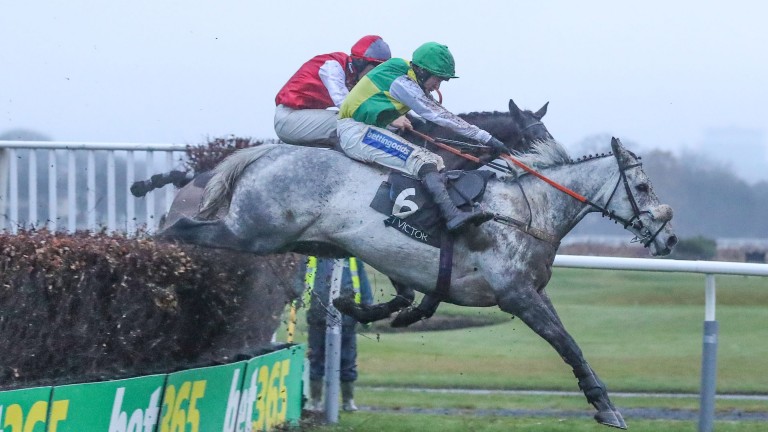 Lake View Lad: topweight will have 5lb taken off his back by new rider Theo Gillard
Grossick Photography
1 of 1
By David Carr UPDATED 9:22AM, APR 17 2021

Conditional jockey Theo Gillard cannot wait for Sunday's Coral Scottish Grand National after being handed the mount on Lake View Lad, who he hopes will get further than last Saturday at Aintree.

The topweight, who makes a quick reappearance after his first-fence fall in last week's Grand National, won the Grade 2 Many Clouds Chase at Aintree in the autumn.

Brian Hughes, who was on board in both those races, partners Dingo Dollar at Ayr, and Gillard, who claims 5lb, said: "I'm excited, it's a good ride and a nice opportunity to get.

"He probably wants the ground a bit softer, but he should stay and he's a classy horse. He's rated 155 and he's top weight in the Scottish Grand National, you don't mind that!"

Gillard, 23, has nearly trebled his career total by riding 13 winners this season with eight of them for his boss Donald McCain.

"It's been a grand season," he said. "It started off well then I had an injury which set me back a bit and it's been a bit steadier from then. It's been my best season so far and fingers crossed I can have an even better one next season."

Lake View Lad will be Gillard's first ride for trainer Nick Alexander, who said: "We thought we'd try something different. Brian Hughes and Henry Brooke had rides in the race.

"Lake View Lad has top weight and taking off 5lb could be critical over that trip. Theo hasn't ridden for me, but he rides for Donald McCain, who trains for Trevor Hemmings so there's a bit of a connection there. And he's very good value for his claim, he rides well."

Lake View Lad had a wind operation prior to Aintree, and Alexander said: "We did a huge amount with him to try to get him right for the National and we didn't find out if any of that had worked. He took a nasty fall at Aintree, but he's had a lot of physio, he's absolutely fine and he's done a lot of jumping this week.

"On soft ground you'd really give him a chance even with top weight because he's back in a handicap. But it needs to be very well watered for him to run. If it was good ground he might not."

Nick Mitchell sticks with 7lb claimer Angus Cheleda for his Coup De Pinceau, who was on board for that horse's win at Taunton last month.

Mitchell said: "Angus did a good job riding him cold, he knows him now and there's no reason not to make use of his claim again.

"That very handy 7lb means he nearly has bottom weight. Coup De Pinceau has come out of the race very well and drying ground will be in his favour. I hope he's got a great chance of nicking some prize-money."

Drying weather meant clerk of the course Graeme Anderson planned to water the track on Saturday, and he said: "We will put something on as we don't want it out too much. We want to keep it as it is – jockeys and trainers were delighted with it on Friday. The forecast is for it to be dry through the whole weekend."

Nicky Richards chose not to declare former winner Takingrisks, who was pulled up in the Grand National last Saturday.

"I thought it wouldn't be kind on the old boy," said the trainer, who relies on Chapel Stile and Chidswell. "He came back fine, but I wondered whether it was the fair thing to do to him. He owes nobody anything, but he'll be back next season."

Lake View Lad is among nine Scottish-trained horses in a final field of 23 declared on Friday.

Aye Right is 6-1 favourite with the sponsors who quote all of the rest of the field at 10-1 or bigger. 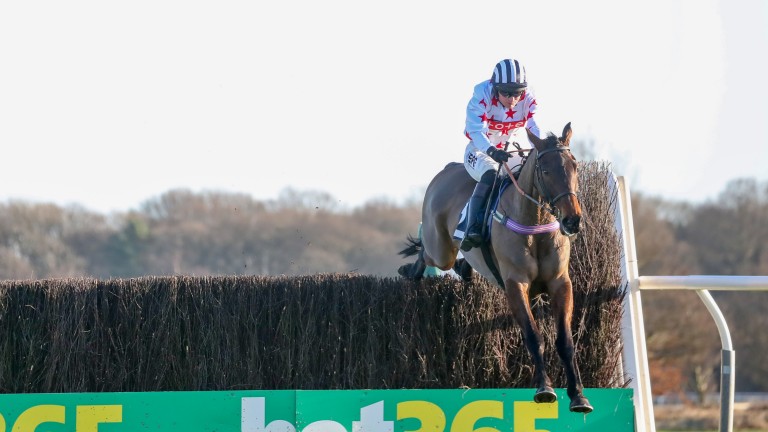