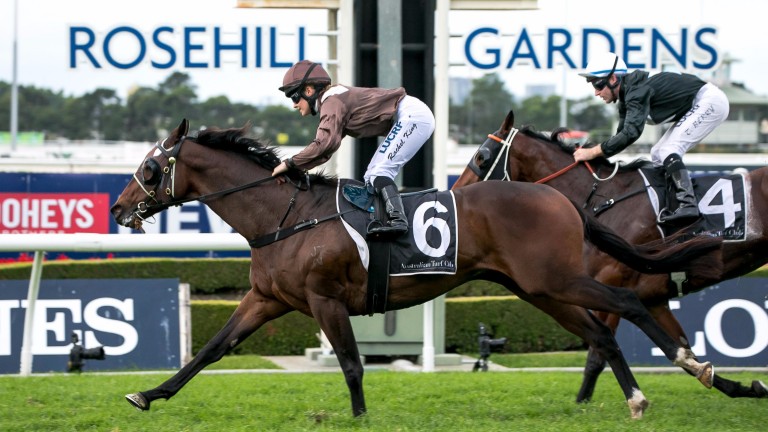 Rachel King is the most successful British female jockey you have probably never heard of, yet she is on the verge of matching Josephine Gordon's achievement by becoming a champion Flat apprentice.

King's coronation will take place 10,000 miles away in Australia, where, with just a few weeks to go in the campaign, she holds a 16-win lead over her nearest rival for the New South Wales apprentice premiership.

King, aged 26 and apprenticed to trainer partners Gai Waterhouse and Adrian Bott, has ridden 82 winners in a season that has included a treble at Royal Randwick, her first on a metropolitan track and a first Listed winner.

Yet she does not believe any of this would have been possible in Britain, where she gave up a job as secretary and stable amateur with Clive Cox, before trying her luck in Australia.

"It's gone so much better than I could have imagined," she says. "The girls here mention how tough it is. I wish they would spend six months in Europe and then they would realise what tough is.

"In the country and provincial tracks the girls nearly outnumber the boys. I have noticed a big difference in the willingness to use female jockeys. It's so much more open. England is getting better but it's still behind everyone else. Even female trainers are much more common.

"I work for Gai Waterhouse, the biggest female trainer probably in the world, and no one would think any different of her just because she's a girl. She's one of the most competitive here. It's the same with jockeys. People don't think you can't use that jockey because she's a girl.

"England is like that and as soon as it comes to big races girls get taken off, which is tough on them. Here they notice some horses suit girls better and some suit boys better. They are prepared to give you a go, put their trust in you more than English trainers, who also may have owners who want particular jockeys and don't want to change." 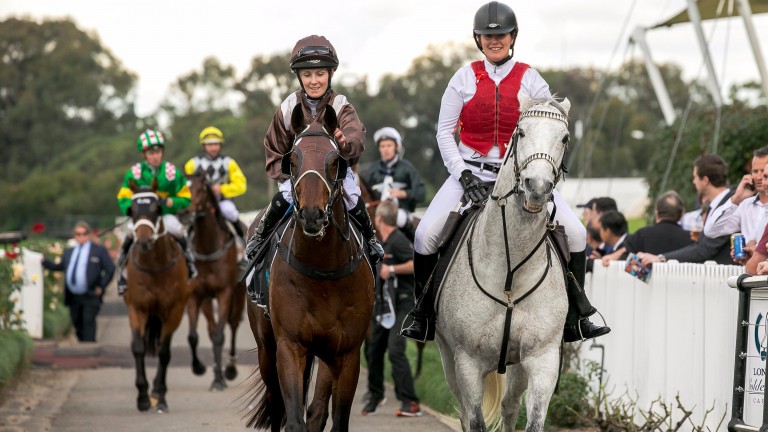 King, from Oxford, where her father Chris trains a few point-to-pointers, began as an amateur riding in jumps and on the Flat. Over seven seasons she rode nine winners, including the 2010 Queen Mother's Cup at York, which included a short stint as an apprentice.

"I did only six months as an apprentice but struggled big time," she says. "I couldn't make a go of it at all. I had more connections as an amateur and turned back to that, where I got more rides and it was a bit easier.

"I was secretary to Clive Cox and I loved that job, where I'd ride a couple in the mornings and ride in amateur races. I did that for nearly three years before I decided to do something else.

"I went to Australia for a couple of months working for Bart Cummings over the winter to try to get a bit more experience before the English season started, thinking I would have another go at the apprenticeship, but I realised the opportunities here for girls are so different and so much more than in England.

"There's more racing too because the country is so much bigger, which gives you more of a chance."

King began on the country and provincial tracks, where she rode out her claim, and has now amassed 130 career wins to earn her elevation to metropolitan racing, where the elite action takes place and she can still use a 1.5kg claim.

"I've just started riding on the metropolitan circuit and have had more support than ever," she says. "Nearly every weekend the least amount of rides I've had is seven out of nine races. I've had a huge amount of support."

King rates her metropolitan treble and victory in the Listed Wagga Cup, for Waterhouse, as her best moments so far and looks set to stay in Sydney.

"If I want to carry on riding this is the place I have to be," she says. "I couldn't see myself having a career back in England unfortunately.

"I would love to be nearer my family but I have a really good life here and longterm boyfriend. If I could bring my family and friends over it would make it even more perfect, but I'm only a flight away." 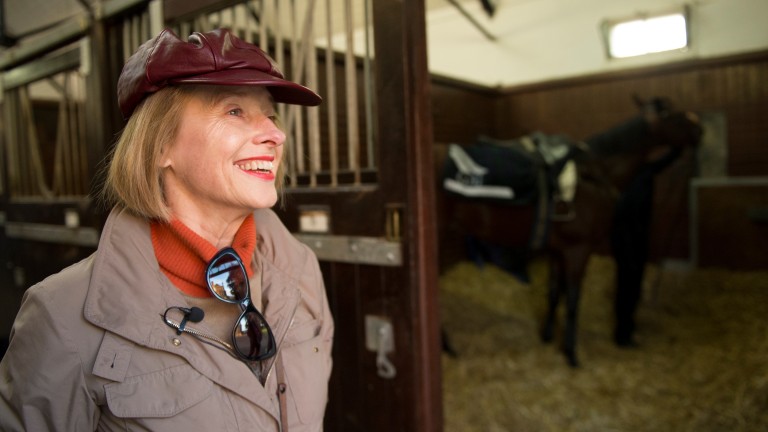 Rachel is going superbly. She is the only apprentice to have shown so much potential. Most fall by the wayside. Rachel on the other hand has been meticulous, starting in the country and riding all over New South Wales. She lost her claim there and moved to the provincials, lost her claim there and now she’s city based. Rachel will have a bright future.

I don’t have a great deal of knowledge about female jockeys in Britain and didn’t see many represented at Royal Ascot. It’s a hard business for any woman but Rachel has shown enormous determination to succeed in a man’s world.

FIRST PUBLISHED 12:37PM, JUL 6 2017
I wish they would spend six months in Europe and then they would realise what tough is