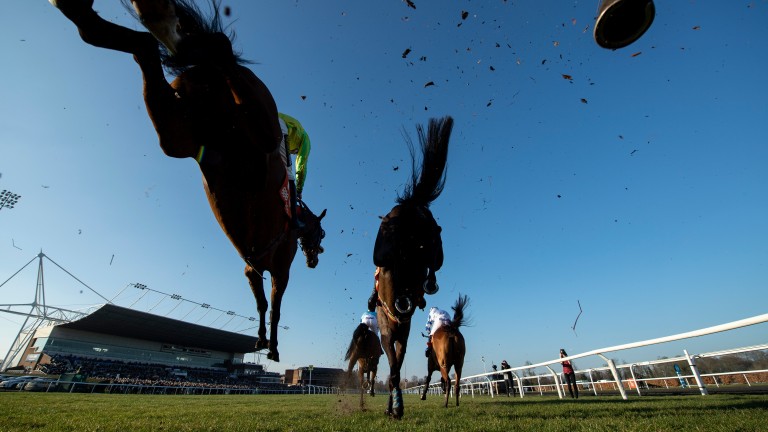 Racing at Kempton will continue for the foreseeable future after the Jockey Club announced on Wednesday it has submitted a scaled-down housing development programme that protects both racetracks at the course.

In January 2017 the Jockey Club announced plans to demolish the racecourse and build 3,000 homes, but after meeting resistance from the racing and local communities – as well as from the local council – it has tabled a new proposal which "would involve only previously developed land and would retain all racing facilities".

The Jockey Club, which is working with developers Redrow Homes, confirmed this new proposed development would include up to 550 homes over a space of 6.73 hectares and will now go to Spelthorne Borough Council.

Sandy Dudgeon, senior steward of the Jockey Club, said: “Having weighed up the latest information, we've now put forward another option alongside the original full site for their [Spelthorne Borough Council] consideration. This would involve just a proportion of the available land there and allow jump and all-weather racing to continue. 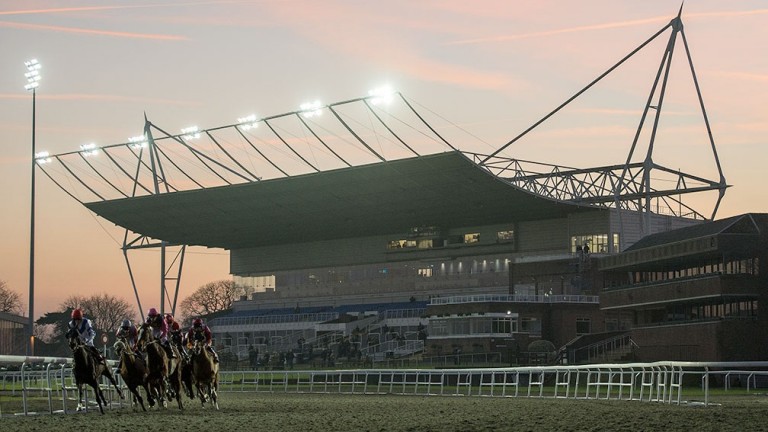 Kempton has 67 meetings on the BHA's 2020 fixture list
Edward Whitaker (racingpost.com/photos)
“A healthy, sustainable and well-funded sport for the long term can only be achieved by investing in our sport. The need for British racing to raise significant funding to enable this is perhaps even more vital now than when our original proposals were announced.”

The initial plans included moving the Grade 1 Ladbrokes King George VI Chase – one of the biggest races in the jumps calendar – to Sandown and building a new all-weather track near Newmarket.

The Racing Post understands the reduced income, expected to be much lower than the initial £100 million boost for racing quoted for developing the whole site, puts in doubt plans for a refurbishment of Sandown and a new all-weather track at Newmarket, although the Jockey Club stresses these projects are not connected.

The initial application was made after Spelthorne Borough Council launched a ‘Call For Sites’ campaign, calling for 15,000 homes to be built in the community. At the time the announcement was made, Jockey Club group chief executive Simon Bazalgette told the Racing Post the Jockey Club had a debt of £115m, although its latest figures – which cover up to 2018 – report net debt has been reduced to £101.8m.

The original proposal was heavily criticised by members of the racing industry, with Nicky Henderson describing the track as "vital to the winter game".

This new plan could be similar to the developments at Newbury in the past few years, in which over 700 homes – both flats and houses – have been built in the areas surrounding the independently owned racecourse. There is no confirmed figure of how much Kempton's development is expected to raise.

Jennifer Medcraff, head of communications for Spelthorne Borough Council, said: "The consultation on the Local Plan Preferred Options has only very recently closed [January 21]. We are currently collating all the representations that have been received, from the public and other organisations, as well as developers and landowners.

"This includes alternative proposals on existing sites which are being put forward for the first time, such as Kempton Park. Until all the representations have been reviewed and analysed we are not in a position to comment on the merits or otherwise of any proposal."

The Keep Kempton Green campaign, which is against all proposed developments, has urged the council not to allow any building.

A statement on its website said: "This latest manoeuvre is aimed more at placating that substantial membership of the Jockey Club who oppose the planned closing of Kempton Park racecourse and it assumes local opinion will be mollified by a smaller development.

"But both groups should beware. We don’t believe for one second that this will be the end of it. The Jockey Club and Redrow will be back. Our position remains the same: we don’t want any houses on Kempton Park.

"Arup and Spelthorne Council have twice assessed Kempton Park, and twice concluded it is "strongly performing" green belt. And that includes the area taken up by the racecourse, the grandstand, and all the other buildings – “the previously developed land” as the Jockey Club puts it. Green belt does not mean green space, as they well know."

Kempton saga: key questions and answers on the controversial plans

Comment: Kempton battle looks to have been won but turf war is probably not over

Residents positive on Sandown redevelopment plans but worry about traffic

FIRST PUBLISHED 12:21PM, FEB 5 2020
This would involve just a proportion of the available land there and allow jump and all-weather racing to continue