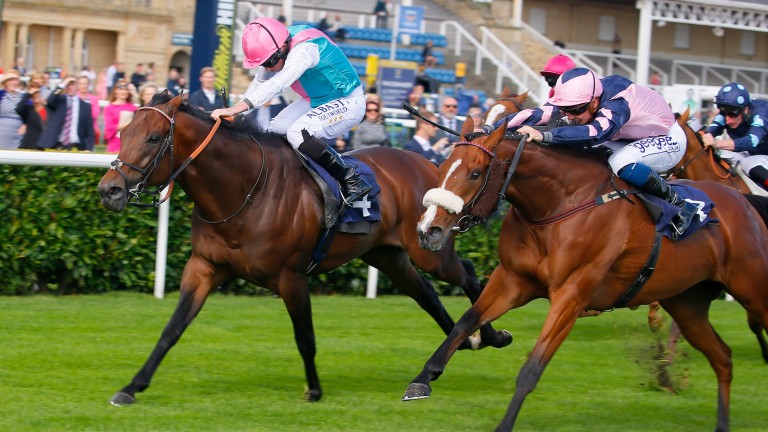 British trainers were responsible for four of the five runners in the Group 2 Meydan Sprint and duly collected the prize when Equilateral went one better than a year ago to claim the five-furlong contest.

Andrea Atzeni was partnering the Charlie Hills-trained stalwart for just the second time, but the pair looked tailor-made for each other after taking the lead off Caspian Prince a furlong out before gamely holding the late challenge of Acklam Express for a length victory.

The Simon Crisford-trained A'Ali secured the one-two-three for British representatives and emerged with plenty of credit given he was conceding 3lb to his rivals and was not match fit like the winner, who had won a handicap at the track last month.

"That was terrific for Fitri Hay, who bought into the horse last year," Hills said. "He really likes Meydan as he's three from four at the track, but crucially that's the first time he's backed up a win with another win. We'll bring him back for the Group 1 Al Quoz Sprint on World Cup night after that.

"It may be another furlong which may not suit quite as much, but it's worth a shot as he likes the track so much."

Charlie Appleby landed the Group 2 Zabeel Mile, one of two feature contests on the fifth night of the Dubai Carnival, for the third year in a row with D'Bai, who swooped late under a cool ride from William Buick.

The seven-year-old was scoring for the first time at the trip since his three-year-old season in 2017 when claiming rank outsider First Contact in a last-gasp attempt before the winning line. 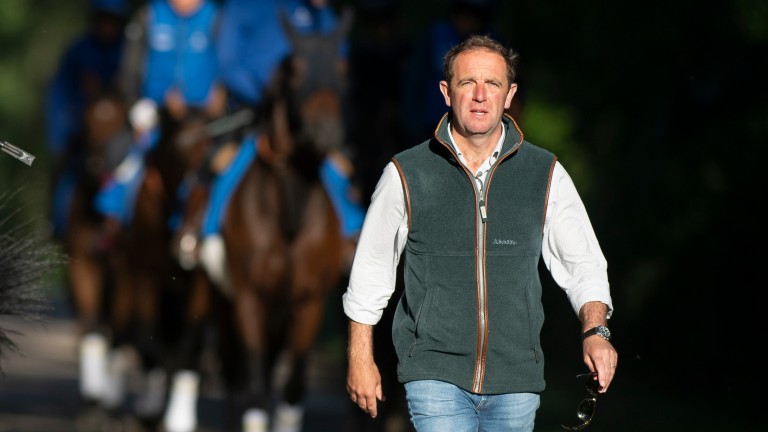 D'Bai had finished to good effect over seven furlongs on his return at the track last month, which prompted connections to step the 2-1 favourite back up in trip.

Buick said: "D'Bai is a decent horse when things go right for him and he did that well considering he had a lot of ground to make up off a slow pace. He was suited by the mile which he won over as a two-year-old and three-year-old so we know he'd get it, especially around here."

Appleby also bagged the rival Group 2 feature, the Balanchine, when Summer Romance ran away from her rivals in the straight to score under James Doyle.

Mnasek booked her place for a possible clash with the colts next month when running out a devastating winner of the Group 3 UAE Oaks.

The daughter of Empire Maker gave trainer Doug Watson a third win in the contest in the past ten years when going clear from the home turn to comfortably see off outsider Nayefah by six and a half lengths.

The winner, who could now tackle the UAE Derby, previously encountered trouble in the stalls when chasing home Soft Whisper in the UAE 1,000 Guineas but had no issues this time.

Winning rider Pat Dobbs said: "We've done a lot of work with her in the stalls recently and it's paid off. She hasn't got as much early speed as some but I knew I had them covered about five furlongs outside."

FIRST PUBLISHED 7:07PM, FEB 18 2021
Crucially, that's the first time he's backed up a win with another win and we'll bring him back for the Group 1 Al Quoz Sprint