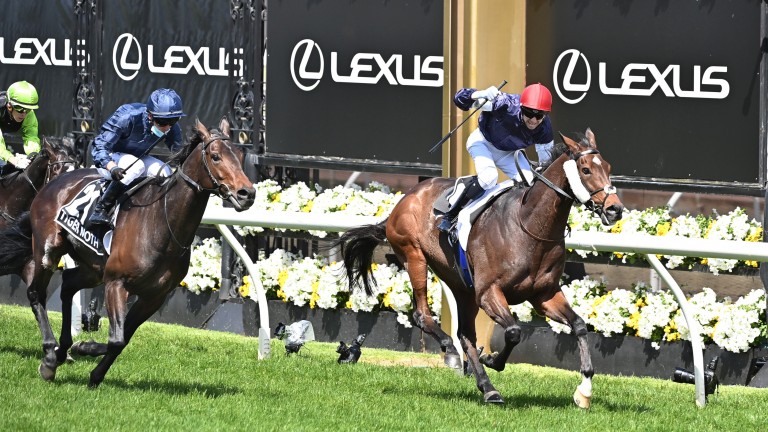 Jockey Jye McNeil gets Twilight Payment over the line to give Joseph O'Brien a second Melbourne Cup
Vince Caligiuri (Getty Images)
1 of 1
By Matt Butler UPDATED 10:55AM, NOV 3 2020

Joseph O'Brien denied dad Aidan again in the Lexus Melbourne Cup as Twilight Payment held off the late charge of Tiger Moth under an inspired ride from the front by Jye McNeil.

Twilight Payment, O'Brien's second Melbourne Cup winner after Rekindling in 2017, was in front throughout and could not be reeled in by Tiger Moth, while Prince Of Arran ran another brave race for trainer Charlie Fellowes to finish third.

The race was sadly marred by the death of 2019 Derby hero Anthony Van Dyck after he sustained a fractured fetlock, the seventh death in the race in the last eight years.

With no spectators and owners in attendance due to Covid-19 restrictions 'the race that stops a nation' took place without the usual pageantry in its 160th year, but the recent domination of British and Irish-trained runners continued, with the result mirroring the outcome of the 2017 running when Rekindling beat Aidan O'Brien's Johannes Vermeer.

An unbelievable performance from Twilight Payment who has won the Lexus #MelbourneCup.

McNeil, having his first ride in the Melbourne Cup, took Twilight Payment to the front early and he stayed there, with Finche fading away as he kicked clear entering the straight, and Tiger Moth and Prince Of Arran could not get there in time. It was a remarkable record seventh win in the race for Twilight Payment's part-owner Lloyd Williams, with his breeder Jim Bolger also retaining a stake.

British and Irish-trained winners of the Melbourne Cup

An emotional McNeil, whose jockey partner Jess Payne gave birth to their first son earlier this year, said: “There’s too many emotions, it’s a very big moment. I’m not worried about the [empty] grandstands at all, just to be able get the opportunity from the Williams family and from Joseph O'Brien to partner Twilight Payment, it’s very overwhelming.

“It was always the plan to be forward, obviously with where he was in the market I wasn’t feeling a lot of pressure, but when you have got to go forward like that there is some pressure to get it right. Thankfully it all came together.

“I was trying to use my voice to encourage him as much as possible. It was a matter of hanging on and he was very tough.”

O'Brien, watching from home in Ireland, said: "Jye gave the horse a fantastic ride. All credit goes to the team of lads we have down there in Australia for the last month or so. They have done a fantastic job with the horses down there, they have all run with credit. This is the icing on the cake for them. 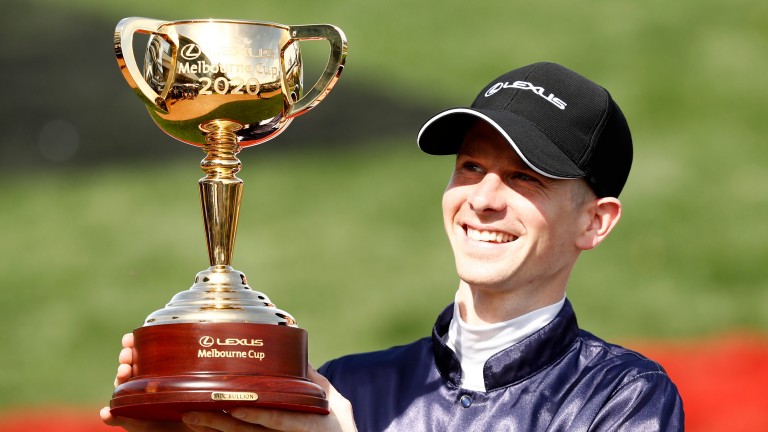 “This was his first year with a full preparation with us. He came to us halfway through last season. He ran a couple of huge races at the Curragh. I was a little bit worried today he might have got a little bit of pressure for the lead a bit more than what we had hoped but the horse has got incredible heart and Jye gave him a fantastic ride and he kept fighting all the way to the line.

"I can’t thank Lloyd and Nick Williams enough for everything they do for me. They are both incredible and this is a fantastic result for them also.

“I am hugely privileged to train for the people I train for and the horses that we have. I really appreciate the support and the success when it comes, but it is a tough game as everybody knows, and it is a very fine line from the top to the bottom and we are very appreciative.”

Where did your selection finish? Click here for the full Melbourne Cup result

At just 27 years of age, O'Brien is forging a second remarkable career as a trainer following his exploits in the saddle, with a second Melbourne Cup success, 27 years after Dermot Weld became the first Irish trainer to win the race with Vintage Crop, adding to an unbelievable CV of big-race wins including victories in the Irish Derby, Irish Gold Cup, St Leger, Galway Hurdle, Galway Plate, and triumphs at the Cheltenham Festival and the Breeders' Cup.

Reflecting on once again denying his father Aidan a first ever win the Melbourne Cup, O’Brien added on Sky Sports Racing: “We both realise how hard it is to win on the world stage in these big races, but I am very lucky that I have been able to win a couple of big races. 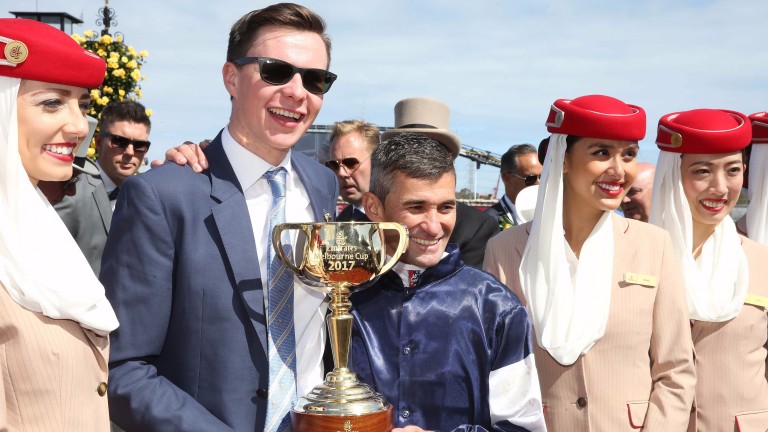 "Dad has been very lucky, he has won a lot of big races, I’d be delighted for him if he had won, and I’m sure he is for we having won. We do our best on the track and what happens out there happens.

“I was really too nervous to see what was going to happen. I could hardly watch, but it was a fantastic ride by Jye and a fantastic effort by all the lads with the horse.”

Three-time Melbourne Cup winner Kerrin McEvoy got within half a length of the 25-1 winner on Tiger Moth, and said: "We were able to get across into a nice spot. We dropped in and got a nice lead and he travelled really well. The winner kept running, I just had to pick up to get into the race, which he did, but the winner was just a bit strong today.

"It was a great run for a young horse having only his fifth start in a race. He's run really well."

However, McEvoy, successful in the race aboard Brew (2000), Almandin (2016) and Cross Counter (2018), was fined €50,000 and suspended for 13 meetings for breaching whip rules aboard Tiger Moth. McEvoy pleaded guilty and will begin his penalty after riding at Flemington on Thursday.

Incredibly proud of PRINCE OF ARRAN. Another wonderful run in Australia’s great race. Thank you @AledBeech for looking after him so well, thank you Jamie Kah for a lovely ride, thank you to the Obaida family for sending him to me to train. 4th time lucky next year?

Jamie Kah, a head behind Tiger Moth on Prince Of Arran, who has finished third, second and third in the race, said: "He was super unlucky. He really deserves it. He just had no luck on the turn."

Prince Of Arran's trainer Charlie Fellowes hinted a fourth attempt could be on the agenda for next year, tweeting: "Incredibly proud of Prince Of Arran. Another wonderful run in Australia's great race. Thank you Aled Beech for looking after him so well, thank you Jamie Kah for a lovely ride, thank you to the Obaida family for sending him to me to train. 4th time lucky next year?"

Read more on the Melbourne Cup:

FIRST PUBLISHED 4:15AM, NOV 3 2020
I could hardly watch, but it was a fantastic ride by Jye and a fantastic effort by all the lads with the horse