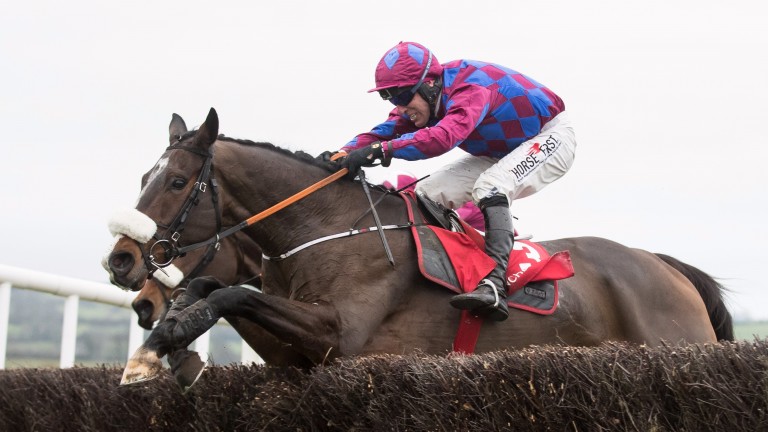 Jury Duty is one of two runners for Gordon Elliott in the American Grand National
Patrick McCann
1 of 1
By Matt Butler UPDATED 9:50AM, OCT 20 2018

A unique Grand National at Far Hills in New Jersey has attracted the attention of plenty of British and Irish trainers on Saturday evening with Gordon Elliott sending over Jury Duty and Clarcam.

The American Grand National is unusual because it is a hurdle contest and run over 2m5f, which is rather different to the test 40 runners famously face at Aintree every April.

Jury Duty, third behind Clarcam in the Galway Plate in August, will have the services of Robbie Power, and the jockey is looking forward to the ride, saying on his BoyleSports blog: "Gordon has had this plan hatched since Jury Duty was a good third in the Galway Plate so hopefully it comes to fruition. He's got a massive chance.

"He's a horse who likes good ground, which is what he'll get in America. It'll be a bit sharper than some tracks in Ireland and Ross Geraghty, who has been riding in America for the last number of years, is going to walk the course with me and give me some first-hand information."

Hammersly Lake, trained by Charlie Longsdon, finished fifth in this contest 12 months ago under Brian Hughes, and the rider has flown out to the United States again for a second bite of the cherry on Robert Aplin's runner.

Hughes said: “We gave him Lasix last year, but I don’t think it had a positive effect, so we’re leaving it alone this time.

“We were dropping him in in his races before going out to the US last year and then there  was no pace on in the race which didn’t suit him. As as  result we’ve been riding him handier this year.

“He’s been running well all season and hopefully he’ll be more streetwise this time.”

Further British representation in the nine-runner field comes in the shape of the Ben Pauling-trained Jaleo and Tornado Watch of the Emmet Mullins yard.

>>To watch the Far Hill races live on your computer or mobile device, go to https://livestream.com/AP/events/8416458

FIRST PUBLISHED 9:50AM, OCT 20 2018
He's been running well all season and hopefully he'll be more streetwise this time