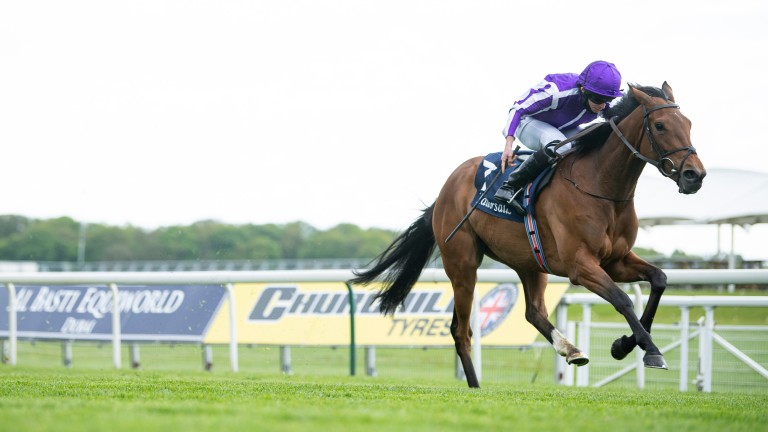 Ten of the last 21 Arc winners prepped on this card and you don't need to have an encyclopaedic knowledge of form across Britain, Ireland and France to appreciate that by far the most likely candidate to add to that haul is the current ante-post favourite, Snowfall.

Wildly impressive against her own age group in the Cazoo Oaks and the Juddmonte Irish Oaks, the daughter of Deep Impact may have disappointed a few of her followers when winning at York by "only" four lengths.

Straightforward and brilliant in equal measure, she has yet to look in danger of getting in a proper fight in four starts this year and is reunited with Epsom partner, Frankie Dettori.

It is a measure of the impression that she made at Windsor – as well as her tall home reputation – that it is the Roger Varian-trained Teona, and not Snowfall's stablemate and French Classic winner Joan Of Arc, who bookmakers judge to be the most likely to cause an upset. 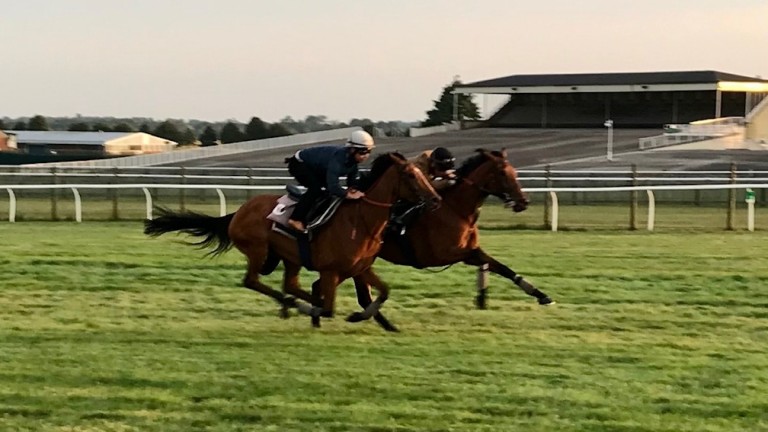 Prior to that Listed success she had been keen in her races but if any rider in Europe can get her to settle it is surely Olivier Peslier.

Joan Of Arc looked a very decent filly when winning the Prix de Diane Longines and while she had no answer to Lady Bowthorpe in the Nassau, she wouldn't be the first horse to find Goodwood not to her liking.

Neither Philomene nor stablemate Burgarita did what was expected of them in Deauville following their fine runs when second and third respectively in the Diane.

Philomene was drawn wide in the Diane and finished like a runaway train when just failing to reel in Joan Of Arc, though she did catch Burgarita, a filly who'd enjoyed a better trip through the race.

Afterwards, Andre Fabre expressed the belief that both fillies would stay a mile and a half and, in splitting them up, he sent Burgarita to the Prix Minerve over 1m4½f, where she was beaten by Free Wind and just held off Adhafera.

Following events at Doncaster and Longchamp on Thursday, that form now looks pretty smart, while Philomene's fifth-placed effort against the colts in the Prix  Guillaume d'Ornano over a mile and a quarter is likely explained by a moderate pace.

Fabre said of the pair: "Burgarita is in good shape and is an easy filly to train. She always runs well. I hope there will be a good pace, they would both benefit from that. Philomene didn’t appreciate the slower fractions at Deauville."

Aidan O'Brien, trainer of Joan Of Arc, Snowfall and La Joconde
Everything has gone well with Snowfall since York, she's in good form. It was always a possibility that she would come back to this race, she's a very straightforward filly to travel. She hasn't run at Longchamp before so she'll get the chance to do that this weekend. We're running Joan Of Arc to find out a little bit about this trip for her. She can come back to a mile and a quarter for the Prix de l'Opera on Arc day if this is too far for her. We'll know more after this. It was a very solid run from La Joconde last time at York and she seems to be in good form since.

Roger Varian, trainer of Teona
Too keen in the Musidora and not right after the Oaks, eventually the real Teona put her hand up at Windsor when she outclassed a useful field in a Listed race last month. This is another level entirely but she more than hinted at star quality last time and is deserving of her chance at the top level. With Snowfall in the race it'll be by some way the biggest test of Teona's young career.

David Smaga, trainer of Incarville
I've always thought she would stay this trip and she's in very good form. At Deauville she certainly needed the run and it's a difficult place to make all. It's a tough race but I expect her to run very well.

FIRST PUBLISHED 6:00PM, SEP 11 2021
This is another level entirely but she more than hinted at star quality last time

'What Baaeed has done in such a short space of time is incredible' Next up: key quotes as Snowfall bids to bounce back to her best Love misses Champions Day as Aidan O'Brien reroutes Snowfall to Fillies & Mares Snowfall primed to take on Mishriff and Adayar in Champion Stakes thriller Champions Day: big guns on course for Ascot but Poetic Flare out of QEII