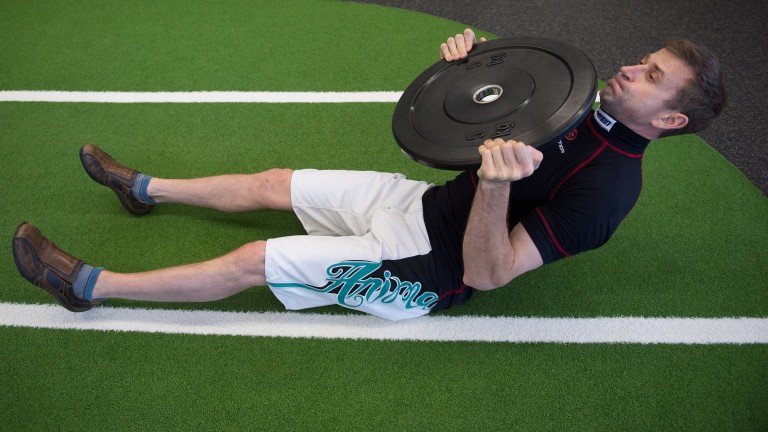 How fit do you have to be to be a jockey? Many an armchair commentator will have bemoaned a rider for not being stronger in a finish, or suggested that they, or indeed their mother/grandmother would not have fallen off that one.

But try having sufficient core strength to be able to balance on a horse for a minute or several minutes, control several tonnes of equine flesh with just your hands, legs, reins and a whip, then have the requisite strength to urge the horse forward in the closing stages and repeat the feat half an hour later. For another three hours.

Still think you could do it? Well, to even train to be a jockey you have to pass a fitness test to attend one of the country's racing schools. Taking the British Racing School as an example, an aspiring rider will need a pass mark of 70 per cent or above (65 per cent for an amateur).

Exercises include school favourite, the bleep test, with level ten good enough for a 70 per cent mark, while level 13 is a 100 per cent pass. Other tests include being able to plank (four minutes for 100 per cent) and recreating race-riding on a simulator, with four minutes again the magic number.

Former jockey Richard Perham is now a senior jockey coach at the BRS and oversees the test. He says: "It's incredibly demanding, it's a difficult test."

To give an idea of how difficult, since the test was set up in May 2012, former champion apprentice Tom Marquand, and Marco Ghiani, who is with Luca Cumani but yet to be licensed, are the only two apprentices to have achieved 100 per cent in the assessment.

The BRS test has helped improve the fitness levels of jockeys, and Dr George Wilson, an exercise physiologist at the John Moores University in Liverpool, has been involved in a series of research studies with jockeys to assess nutrition and fitness.

Aspell came out on top in the VO2 Max test, which measures aerobic capacity (how much oxygen the body can take on while running to exhaustion), while in the power test Varndell had a greater standing leap.

The pair then took on two isometric exercises – strength tests based on holding a position. Varndell managed to outplank Aspell (just) but the jockey levelled things up when being able to hold a squat longer when the pair were crouching with their backs flat to a wall, leaving the challenge tied at 2-2.

The isometric exercises are key for jockeys, as Wilson explains: "Race-riding involves a large isometric [holding] muscle contraction primarily in the deltoids [shoulders] forearms, and quadriceps, with large assistance from core, back and gluteus muscles.

When it comes to the push and shove at the end of a race, that act is described as "rigorous high-intensity pushing" by Wilson, with jockeys needing enough explosive strength to urge their mount to the line. This requires a high level of anaerobic fitness, so Wilson recommends hill sprints, specifically ten 30-second sprints, which equates to around 200 metres, or a furlong.

Plyometric exercises, which involve explosive jumping over hurdles  or jumping from a box and landing on a mat and then bounding again, are also suggested.

To make life harder, Wilson suggests wearing a weighted jacket, and his prescription for jockeys is three bounds/jumps with a 10kg jacket to increase explosive power and to perform this for three sets.

An occupational hazard of being a jockey is that falls are commonplace, be it on track or out on the gallops.

While they are accepted as part and parcel of the profession, the Injured Jockeys Fund is working towards a more proactive approach regarding falls, which will help to improve fitness.

The IJF's head of rehabilitation, Ed Stroud, says: "One of the questions I ask riders is are you fit to fall? No one really understands it but part of the sport is falling. What we're trying to do with the new generation of jockeys coming through is preparing them to fall, so they bounce rather than break."

To do this, a baseline fitness profile of all licensed jockeys will be collated which will lead to a clear definition of how fit the average rider is.

A three-minute Wattbike test and 30 second row will be part of the elements involved to gauge fitness, but what the assessment will help develop is getting jockeys fitter once the average levels have been discerned.

"It's really exciting, Stroud adds. "Once we've run this profiling, in two years time I'll be able to tell you this is what a jockeys' fitness is, we'll have that average.

"We were very reactive, just picking up the pieces. However if we have this profile of when a jockey was fit, they come in having had a fall, we have the scores of when they were fit and know where we can rehab them to and can get them back to that level, if not beyond it."

Mental fitness is just as important, and works in tandem with physical wellbeing. Former jump jockey Wilson Renwick swapped four legs for two wheels upon his retirement, and is now a professional cyclist, competing at continental level.

Assessing the two sports, he says: "When I started you could get away with not being that fit as it was always seen that the horse did the work and however fit you are you're not going to make the horse go much quicker. 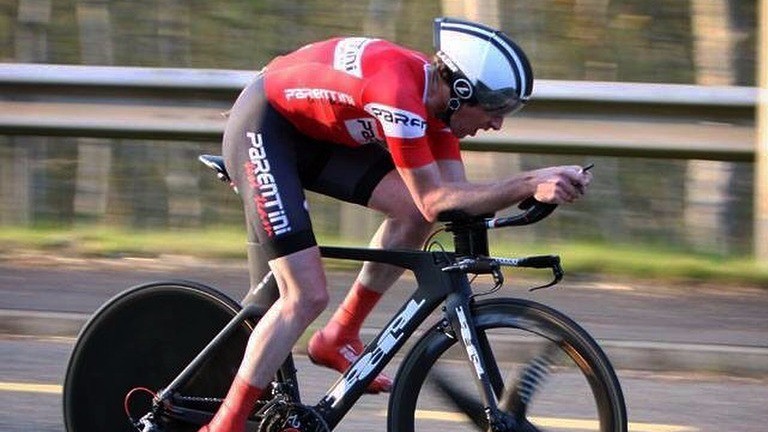 "But the fitter you are the less tired you are throughout a race and the day, the better decisions you make. The fitter you get, the slower things seem to happen. You can think as clearly in the last furlong of the first race as the seventh race of the day."

Renwick now rides extreme distances over several days when competing in his new discipline, and added: "It's a different type of fitness and training, and it's hard to compare the two.

"You'd think of horseracing as more of a sprint, as a long horse race is minutes rather than hours like endurance cycling. Nowadays you've got to be very fit to be a jockey, but you've got to be fitter to be a cyclist."

But the mentality of a jockey has aided Renwick, as he says: "You've got to be pretty disciplined to be a jockey so the dedication side of it was there. It's [cycling] painful, so I was used to that!" 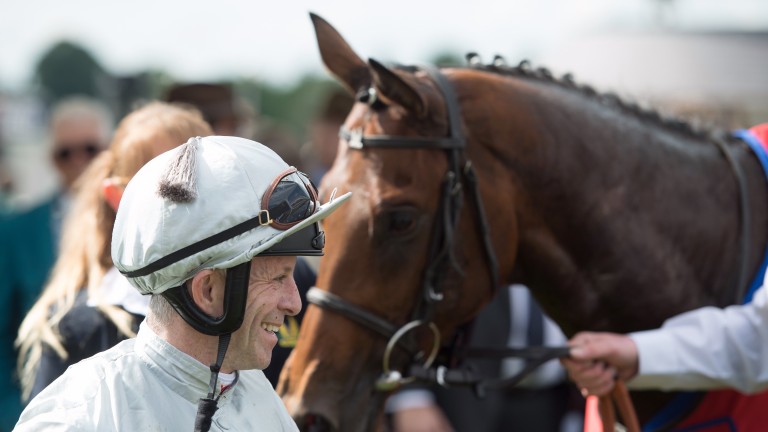 Franny Norton was a successful amateur boxer before swapping his gloves for stirrups, and like Renwick he has seen an improvement in the fitness levels in the weighing room.

"Jockeys are in a different dimension to when I started," he says. "They're a lot fitter and professional. We're catching up with other sports.

"There was one kid who wouldn't take a lift up to Newcastle as he had his personal trainer beforehand. He sacrificed the lift and drove himself up just so he could do his training. That shows the level of where we're at."

Norton has seen the benefits of the new fitness and nutrition regime for himself, having been involved in Wilson's studies, and adds: "I wish I'd know about it all ten years ago. It's helped my career to go a little bit further than it would have done. How I approach the whole day, and what I do, it's all changed around.

"It's all a knock-on effect, we learned from the older jockeys and now this younger generation, over a period of time are going to be phenomenal. It's completely different to when I first started."

Jockeys are elite athletes, and as such already need to achieve high levels of fitness – but with greater awareness and understanding of the physical traits required to excel in the saddle, those levels are increasing all the time. Remember that next time you reckon you could do better . . .