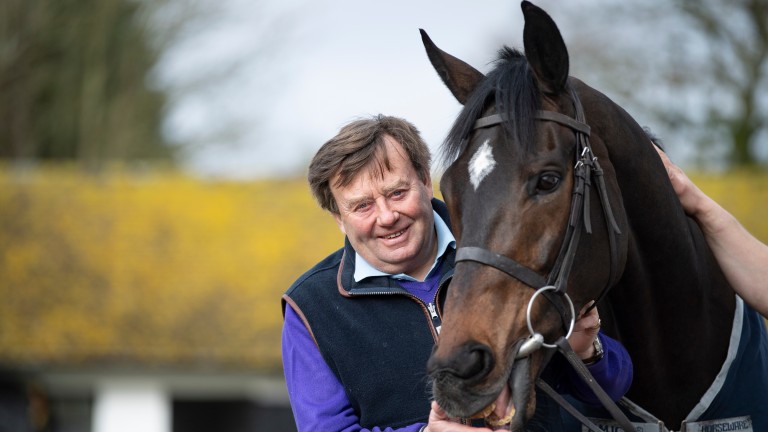 Nicky Henderson fears soft ground could be the undoing of Altior as he prepares his stable star for the race of the festival in his pursuit of a Champion Chase hat-trick.

Speaking to the Racing Post as part of a wide-ranging interview for Sunday's newspaper, Henderson took the blame for Altior's defeat at Ascot against Cyrname in November, feeling he should have declared the horse a non-runner because of the conditions.

"At Ascot I got it wrong," he said. "I should have taken him out when I saw what the ground was like, but we couldn't not run on the day because of what was expected of us. Even the whole idea of going over a longer trip had a certain amount of public pressure behind it, and it ended up in a proper heavyweight fight and he got properly knocked out."

While Altior got back on track with victory in the Game Spirit Chase at Newbury last Saturday, Henderson would be concerned if similar conditions to those he faced at Ascot transpire at Cheltenham.

"The ground will be very important," he said. "Defi Du Seuil loves it soft, Chacun Pour Soi I presume will want it soft and we want it good, so it'll be absolutely crucial, certainly to us – maybe the others are more versatile." 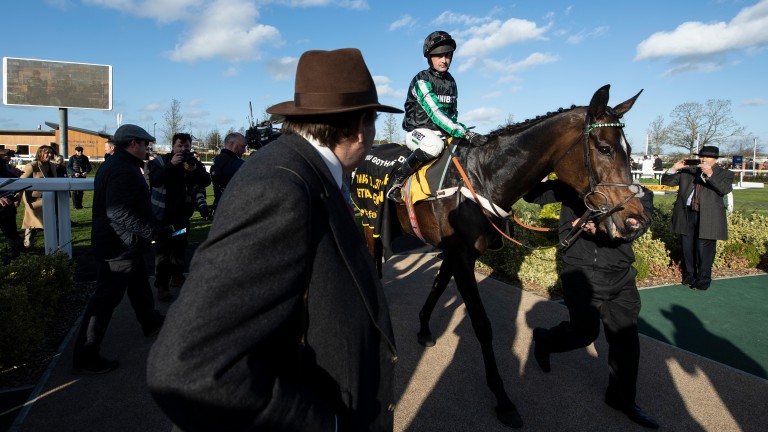 Altior and Nico de Boinville return to the winners'enclosure at Newbury under the watchful eye of a relieved Nicky Henderson
Edward Whitaker (racingpost.com/photos)

Nonetheless, Henderson reiterated his delight at Altior's Newbury win and said he was happy with the ten-year-old's preparation for the festival's Wednesday showpiece.

"He had to win at Newbury, I'll admit that," said Henderson. "If he hadn't won we'd have had trouble on our hands, and you think for a while maybe he won't win, then the class kicks in, but he took a blow afterwards and he won't take a blow next time because I know by now what to do for the next month: an easy two weeks and then two weeks of being ridden until he's fresh and well. I'm happy that he's on track."

Read more from Nicky Henderson in The Big Read, available to members from 6pm on Saturday or in Sunday's Racing Post newspaper. Join Members' Club here

FIRST PUBLISHED 1:53PM, FEB 14 2020
Defi Du Seuil loves it soft, Chacun Pour Soi I presume will want it soft and we want it good, so it'll be absolutely crucial, certainly to us

'Heartbreaking' end for mare whose trainer slept in her stable to nurse her 'Like a man folding a deckchair' - amateur legend Brod Munro-Wilson dies at 76 Family affair as apprentice jockey Elle-May Croot rides her first career winner Views from the sofa: 'Racing is not, and never will be, a team sport' IHRB set to hear Stephen Mahon appeal against four-year ban on Saturday 'I can't have this Racing League, at all!' | What A Shout